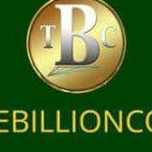 What is the billion coin?
TheBillionCoin or TBC is the first unique crypto currency that is not volatile and developed with the protocol to its value to not go down. How? Because most coins are market dependent and applies the law of supply and demand so the value might be up or down. TBC is a community based coin where the value only goes up because every time a user of the coin is being added, it is counted to the total number of users in the community x 1 euro = coin ultimate value. It is called "based on members community" since all coins are circulating in a community of users under the environment of Crypto or virtual currency. ok at the meaning of VC, "A virtual currency or virtual money has been defined in 2012 by the European Central Bank as "a type of unregulated, digital money, which is issued and usually controlled by its developers, and used and accepted among the members of a specific virtual community. " Therefore, the number of people who values and trust how the coin will work and accepted it for payments or for whatever reason why they accepted the coin, the total number of users are counted where the value of tbc is being based. This is the only coin with that unique system protocol and limited to 1 Billion coin to be mined and also its highest or ultimate value that is why it was called The Billion Coin. Lets say there are 1Billion people who are users of TBC so t ultimate value is reached.. Then, 2 Billion people added as new users so there are 3 Billion in total, the value will still be a maximum of 1 Billion because the protocol was built that way. TBC has a public ledger (blockchain) and a block explorer. Time Stamping "Proof of Work" , Hash Algorithm "Scrypt" Notes:: The very first cryptocurrency that is not volatile .

What industry is Thebillioncoin in?

Thebillioncoin is in the Investments, Software/Internet, and Other industry.

Who are Thebillioncoin's founders and individuals in key leadership positions?

Thebillioncoin has 2 founders and people in key management positions. They are:

No, Thebillioncoin is currently not hiring.

Which country is Thebillioncoin headquartered in?

Thebillioncoin is based in Philippines.