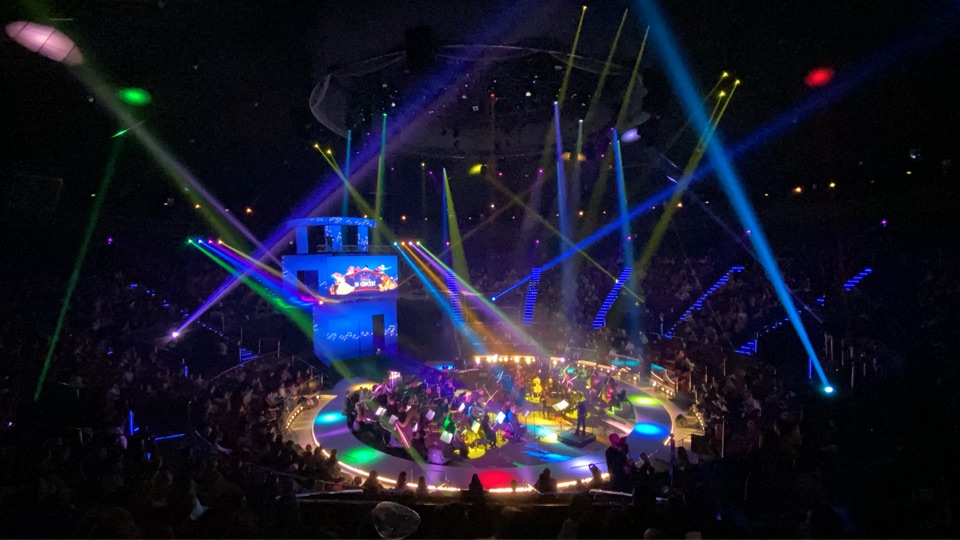 It was founded by three ambitious musicians, and features the most valuable artists musicians in Romania. Wishing to offer music lovers the opportunity to come into contact with quality music, Bucharest Symphony Orchestra has developed original and innovative musical concepts, joined under the Salut CULTURA! season. The reputation and recognition came along with the impressive series of concerts and events held both in traditional concert halls, outdoor and in less conventional places. Bucharest Symphony Orchestra tackles a wide range of repertoire, ranging from classical music to film music, pop / rock and crossover. The Bucharest Symphony Orchestra mission is to promote music excellence and to attract young people to the concert halls.
A truly official Romanian Cultural Ambassador, Bucharest Symphony Orchestra and Benoît Fromanger performed in 2013 and further, in 2017, as the first Romanian orchestra in seven of the most fabulous concert halls in South America, such as: Teatro Colón and Teatro Coliseo Palazzo Italia in Buenos Aires, Teatro El Circulo in Rosario/Argentina; Sala São Paulo in São Paulo/ Brazilia, Teatro El Occitane in Trancoso/Brazilia, Corpartes 660 in Santiago/ Chile, Gran Teatro Nacional din Lima/ Peru and Teatro Solís din Montevideo/Uruguay.

At BH Pest Control, we take pride in giving families a healthy and pest-free environment to live in. With decades of experience in handling pests and bugs of all kinds, we have the required expertise that ensures your home is pest-free in the shortest possible time. We use state-of-the-art equipment and environment-friendly chemicals for our pest extermination and rodent control services. Operating out of Bletchley in Milton Keynes, we will happily service areas around the town to ensure you and your family stays away from pests and bugs of all kinds. Call us today to discuss your custom quote.

Have you ever heard anyone say that moving-out was such a fun experience? If not, then worry not as you will be experiencing the rare joy of a move-out process with Happy Removals.

One-stop solution for bookkeeping, accounts, payroll, tax, business planning and advice. We make sure that you are always well advised on the financial matters of your company.

Welcome to Marmalade, a stylish bed and breakfast in Torquay. The accommodation’s wonderful location means guests can discover vibrant local market towns, take in long coastal walks whilst relaxing in individually designed and beautifully furnished luxury rooms. This beautifully built, 19th century BnB is famous for its Victorian design, high ceilings, and spacious interiors. So whether you are looking for a relaxing beachside getaway or a stay for your girls trip, Marmalade is the place to be. To know more about the establishment, visit our website https://www.torquaybedandbreakfast.co.uk/ or call us on 018 0329 3881. We will be more than happy to assist you!