Social infrastructure for games and apps. We build Nakama server. An…

Nakama is an open-source distributed social and realtime server for games and apps. It includes a large set of services for users, data storage, and realtime client/server communication; as well as specialized APIs like realtime multiplayer, groups/guilds, and chat. It works with any kind of games device including consoles and VR headsets; and across games platforms like iOS, Android, and Windows Phone.

Heroic Labs is a company by a team of engineers with backgrounds in distributed databases, big data analytics and high-volume mobile application APIs, and game development. We want to make it effortless for any game studio to build beautiful social and multiplayer games which work at massive scale. 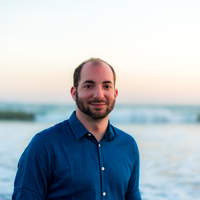 Who are Heroic Labs's founders and individuals in key leadership positions?

Heroic Labs has 3 founders and people in key management positions. They are:

How long has Heroic Labs been in business?

Heroic Labs was established in 2014 (8 years in business).

Visit Heroic Labs's Jobs Page to view a list of all open positions.

Which country is Heroic Labs headquartered in?

Heroic Labs is based in United Kingdom.