We capture atmospheric carbon dioxide and stabilize the world's oceans

Heimdal builds machines that permanently capture and store atmospheric CO2 and stabilize the oceans. Every year, 40 billion tonnes of CO2 is released. We use electricity to extract the acid part of seawater, which has been increasing due to increasing concentrations of CO2 in the atmosphere. Extracting the carbon-genic acid allows for more CO2 to be removed from the atmosphere and restore stability to the oceans. We're building a solution that’s scalable and the lowest cost of carbon captured directly from the atmosphere, today. 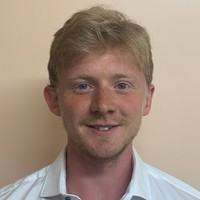 Who are Heimdal's founders and individuals in key leadership positions?

Heimdal has 2 founders and people in key management positions. They are:

How long has Heimdal been in business?

Heimdal was established in 2020 (3 years in business).

Visit Heimdal's Jobs Page to view a list of all open positions.

Which country is Heimdal headquartered in?

Heimdal is based in United States.

Create dynamic text snippets and insert them anywhere on the web