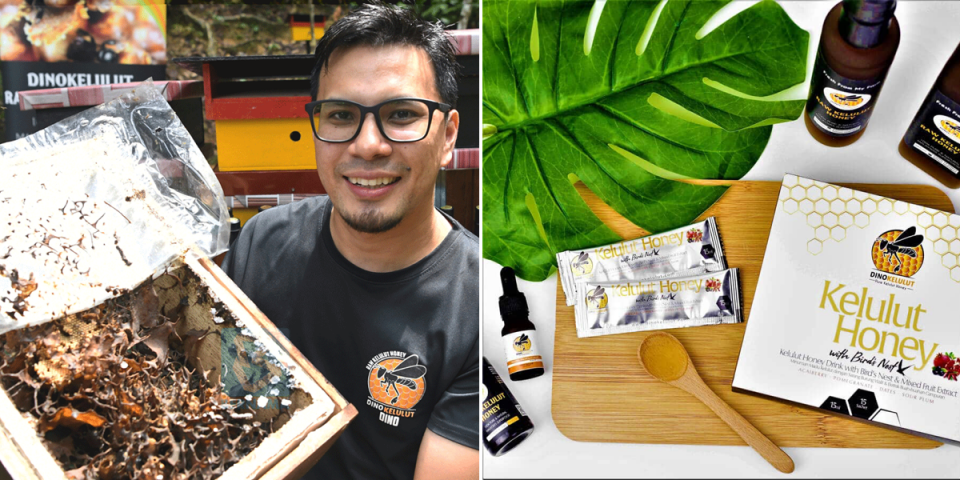 The demand for stingless bee honey has shot up in recent years due to its health benefits and medicinal properties as a superfood.

Recognized as the first superfood in Malaysia by MARDI in 2016, the stingless bee honey industry has been growing steadily at over 7.6% year-on-year and is expected to become a $3 billion industry by 2025.

Despite the rising demand, supply for the sweet-sourish honey is still hugely limited, and only available in certain countries — Malaysia being one of them.

AgriTech startup, Dino Kelulut, is on a mission to change all that — by turning stingless bee honey into one of Malaysia's largest superfood exports in the coming years.

The company, which produces stingless bee honey and related products, has found a breakthrough new ways to mass produce honey in significantly shorter periods of time.

Dino Kelulut was founded 5-years ago by former IBM software engineer, Dino Malik, when he was introduced to a stingless bee honey production "investment scheme" by a friend.

While the investment turned out to be a huge loss, Dino was still fascinated by the industry and how the honey's medicinal properties could benefit peoples health. Convinced by its benefits, he decided to try producing the honey on his own — constructing his own unique bee farms and finding new ways to produce honey more effectively.

In the early years, production of the honey was minimal as Dino was more focused on R&D activities to ensure the highest quality of honey and the sustainability of its production process on a larger scale.

The culmination of his efforts led to the development of his very own proprietary technology ("Technohives" as he calls it), which are recyclable hives that accelerate the growth of bee colonies as well as the production of honey, all while remaining space efficient.

While things were slow in the beginning, one thing led to another, and before long, Dino was getting customers from people across the country.

Today, Dino Kelulut has expanded beyond just bottling honey, but also producing various forms of honey concentrates and energy booster drinks in the form of mini-packs.

In fact, revenues have grown by 5x year-over-year, and still continues to rise, especially during the pandemic. Dino believes that the company is on to something, and aspires to turn his startup into an industry leader in the coming years.

Moving forward, the company aims to implement technological solutions to increase their honey production capacity, while forming broader partnerships with distributors across the region to expand their market reach.

Dino has set his sights on expanding into other complementary industries such as cosmetics and pharmaceuticals, as well as industries that will benefit significantly from the medicinal properties of stingless bee honey.

The team is also in the process of securing a grant from the Malaysian government which will allow them to scale to greater heights.

"Stingless Bee Honey is a potential multi-billion dollar industry, and we're now still at its early stages. Not only does it contain tremendous health benefits, the downstream product opportunities in the coming years are tremendous. We believe Dino Kelulut is at the forefront in this market, and capable of becoming a market leader in the coming years.", mentioned Dino