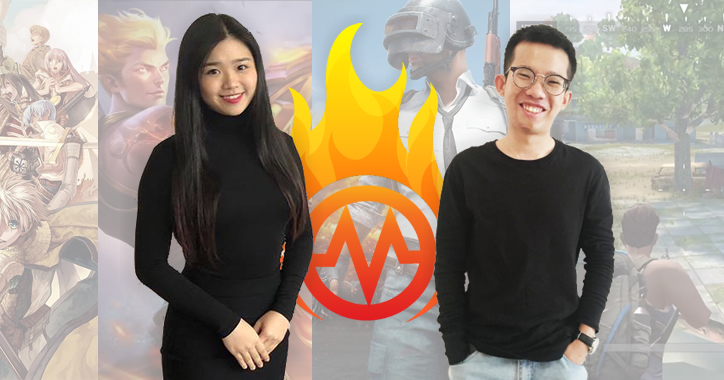 As phones today become more and more powerful, mobile gaming has been on the rise with games like PUBG Mobile, Mobile Legends, and Fortnite taking the market by storm.

This is the space 22 year old Constance Lim and 24 year old Mao Shun Hun hope to make a difference in with their newly launched mobile gamers platform MEGPlay.com.

MEGPlay is a platform focused on bringing together mobile gamers who play team-based, competitive mobile games such as PUBG, Fortnite, Mobile Legends, and more.

The platform serves as a place to allow gamers to join competitions, find team members, and chat in communities. Users can also stay updated with latest mobile gaming news and events.

"I grew up from a small town and came to the city 4 years ago. During that time, gaming was a way for me to connect with new friends and even broadened my network for career and business. I believe gaming brings people closer in ways we have never imagined, and it's even more phenomenal now on mobile devices.", mentioned Constance Lim, co-founder of MEGPlay.

Since it's rollout in less than a week, MEGPlay is currently acquiring an average of 400 users a day without any advertising spend

The business is also generating revenue both from offline and online channels, with several partnership deals formed with consumer electronics corporates.

When asked about their future plans, the founders believe that mobile gaming will present a tremendous opportunity in the coming years, with the advent of Chinese companies entering the space.

“For the first time ever, people could now play desktop-quality games on their mobile phones together with their friends. And the best part is, they can do it anywhere, even at cafes. This is a new phenomenon, and we believe there’s tremendous potential surrounding the mobile gaming economy ahead”, mentioned Mao Shun Hun, co-founder of MEGPlay.

The team expects to close their first round of financing real soon, with goals to scale across the Malaysia and Singapore for 2019, followed by the rest of the region.

$20/hour (half commission) for motivated salespeople