Startup Journeys: Want to Eat, Drink and Play everyday for Free? Sweego is the ultimate membership app for you 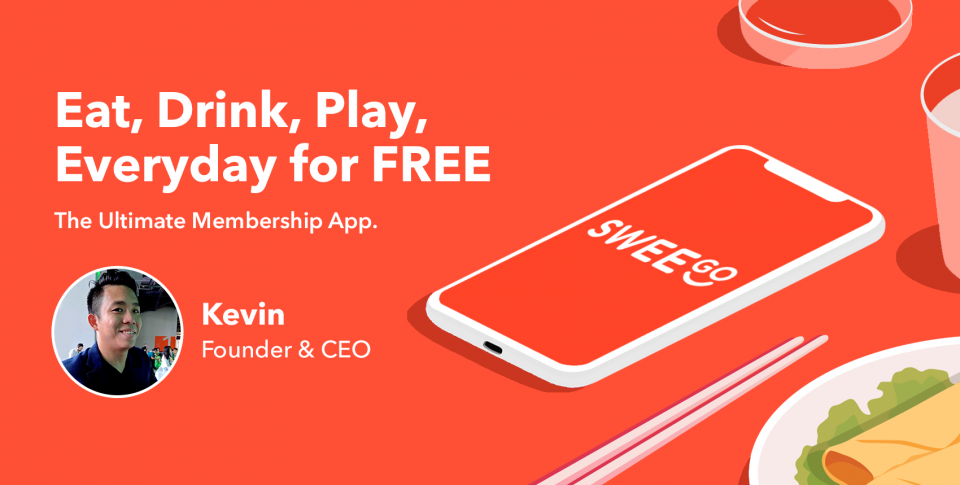 Singaporean Kevin Toh was introduced to the world of mega-apps when he spent 3 months working for Alibaba in Hangzhou, China. He worked under their global marketing and partnerships team, where he learnt immensely about the characteristics and operations of good B2B2C platforms. He was particularly impressed by one app - Dazhong Dianping. Just like the other 1+ billion Chinese in China, he used this app everyday to source for his daily needs, such as dining, entertainment and services etc.

Mega-apps are still relatively unknown in Southeast Asia. As an enterprising individual with a strong entrepreneurial spirit, Kevin decided to leverage on what he learnt to build his own platform localised to Southeast Asia. He gathered a team, moved to Ho Chi Minh City and started the app Sweego.

To strategically position themself in Vietnam, Kevin had to first understand the unique consumer habits and behaviours of the young Vietnamese. One key characteristic he observed was that the Vietnamese were particularly incentivised by discounts. As such, Sweego decided that their key strategy was to offer attractive discounts to consumers, while bringing customers to their listed merchants - a win-win situation for both parties.

Inspired by his experience in China, Kevin envisions Sweego to be the ultimate membership app. Users pay an affordable monthly subscription to eat, drink and play for free everyday. On top of that, they can also redeem 1-1 deals for premium products and services.

To strategically position themself in Vietnam, Kevin had to first understand the unique consumer habits and behaviours of the young Vietnamese. One key characteristic he observed was that the Vietnamese were particularly incentivised by discounts. As such, the Sweego team decided that their key strategy was to offer attractive discounts to consumers, while bringing customers to listed merchants - a win-win situation for both parties.

The app is also a win for merchants. Instead of getting merchants to pay advertising fees to be listed, Sweego pays them for each redemption to cover their cost of goods, providing them free customer acquisition.

Sweego’s vision is to map the entire Southeast Asia to become the Dazhong Dianping of the region, starting with Vietnam. As a team, they work towards creating a world where people can be quickly and fully informed of their spending options anytime, anywhere.

Kevin shares, “Our goal is to build the infrastructure to guide consumer spending Southeast asia. Jokingly, we always tell investors that as Southeast Asia grows richer, consumers would really need help on how to spend their money!”

Vietnam is the #1 app economy in Southeast Asia. With a population of 95 million that is relatively young and extremely well connected, Vietnam’s app market is a healthy place that is poised for continual growth. Besides, its low dependency ratio, with the 15-64 age bracket accounting for 70% of the total population, presents a key demographic to spur consumer sales.

Expanding into an unfamiliar region is definitely no simple feat. Kevin shares that he has faced a fair share of difficulties and setbacks while attempting to break into the Vietnamese market. Some notable experiences include getting his phone robbed by a motorcyclist with a policeman witnessing the entire incident, doing nothing but laugh as if the scene had made his day.

On the positive side, the Sweego team have since managed to on board a highly experienced Vietnamese partner, who has helped immensely in familiarising them with the Vietnam business ecosystem.

The app launch is expected in Q1 of 2019. In the coming months, Sweego is looking to raise an angel round from both Singapore’s and Vietnam’s investors.

When asked to advise fellow entrepreneurs, Kevin emphasises the importance of having a good and supportive team, “ Having the right team is the most important, and I am grateful everyday for the support of my amazing co-founders.”

Visit Sweego’s website to find out more about their work.

Sweego is one of the successful recipients of the Startup SG Founder Grant, administered by TRIVE as their Accredited Mentor Partner (AMP).

From 24 April 2018, TRIVE has announced that it will administer the grant free-of-charge, without any requirement of sweat equity or payment.