Facebook moving non-promoted posts out of news feed in trial 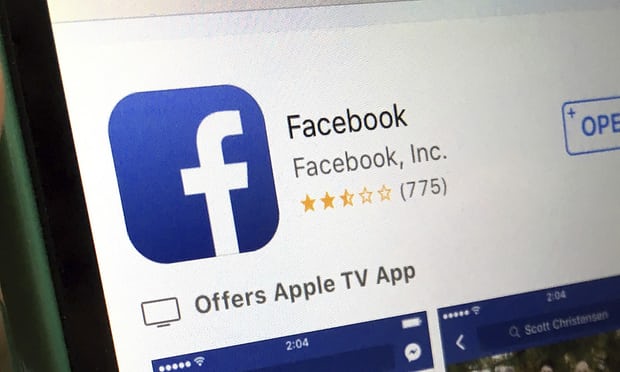 Facebook is testing a new major change that would shift non-promoted posts out of its news feed, a move that could be catastrophic for publishers relying on the social network for their audience.

A new system being trialled in six countries including Slovakia, Serbia and Sri Lanka sees almost all non-promoted posts shifted over to a secondary feed, leaving the main feed focused entirely on original content from friends, and adverts.

The change has seen users’ engagement with Facebook pages drop precipitously, with publications reporting a 60% to 80% fall. If replicated more broadly, such a change would destroy many smaller publishers, as well as larger ones with an outsized reliance on social media referrals for visitors.

Related: You can now share news, events, and broadcasts on BEAM.

According to Filip Struhárik, a journalist at Slovakian newspaper Dennik N, the change resulted in a drop in interactions across the country’s media landscape. “Pages are seeing dramatic drops in organic reach,” Struhárik said. “The reach of several Facebook pages fell on Thursday and Friday by two-thirds compared to previous days.”

Overnight, from Wednesday to Thursday, a broad cross-section of the 60 largest Facebook pages in Slovakia saw two-thirds to three-quarters of their Facebook reach disappear, according to stats from Facebook-owned analytics service CrowdTangle.

For larger sites, with a number of different ways to communicate with their readers, that hasn’t had a huge effect on their bottom line, but it’s a different story for those with a reliance on social media.

Smaller sites are reporting a loss of traffic and Facebook engagement, Struhárik told the Guardian. “Its hard to say now how big it will be. Problems have also hit ‘Buzzfeed-like’ sites, which were more dependent on social traffic.”

Struhárik noted that the trial has only been in place since Thursday, rendering it too soon to draw strict conclusions. “But if reach is radically smaller, interactions decreased and your site doesn’t have diversity of traffic sources, it will hurt you.”

Notably, the change does not seem to affect paid promotions: those still appear on the news feed as normal, as do posts from people who have been followed or friended on the site. But the change does affect so called “native” content, such as Facebook videos, if those are posted by a page and not shared through paid promotion.

Matti Littunen, a senior research analyst at Enders Analysis, said the move was “the classic Facebook playbook: first give lots of organic reach to one content type, then they have to pay for reach, then they can only get through to anyone by paying.”

Littunen said that many “premium” publishers had already cottoned on to the trend, and backed off relying too strongly on social media. But new media companies, who rely on social media to bring in traffic and revenue, would be wounded, perhaps fatally, by the switch. “The biggest hits will be to the likes of Buzzfeed, Huffington Post and Business Insider, who create commoditised content aiming for the biggest reach.”

Elsewhere, publishers who dived towards video content as Facebook began promoting that may also get burned, Littunen says. “The kind of video that is doing best has been quite commoditised low-value stuff that is often lifted from elsewhere and repackaged for Facebook.

“We don’t see that bonanza going on forever, and since the content isn’t what Facebook has been hoping for, it’s expendable. We’re expecting to see another repeat of this playbook, with organic reach being replaced by paid reach.”

For Struhárik, there is one last catch: he doesn’t expect the test to be a huge success. “Newsfeed without news. Just friends and sponsored content. People will find out how boring their friends are,” he said.

In a second statement issued after this article was published, Facebook added: “We have no current plans to roll this out globally.”

8 Steps to Spice Up Your Brand's Voice (Infographic)

Why Tech Giants See Singapore As The Next Artificial Intelligence Hub

How can e-commerce owners use the latest trends to their benefit?

This Little Known Startup Is World's 4th Most Valuable