Intudo Ventures debuts with US$10M+ fund, wants to bring talents back to Indonesia 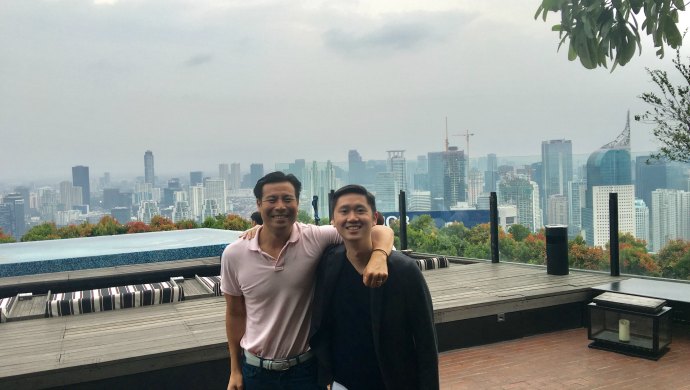 According to a press statement, the fund includes contribution from undisclosed limited partners such as the founding general partners at leading venture capital firms, corporate investors, and top-tier family offices and founders from the US, Indonesia, Hong Kong, Taiwan, and Singapore.

The firm dubbed such talents as “SEA Turtle,” after the “Sea Turtle” phenomenon in the Chinese market, where talents are returning to their birth land following success in another country or market to help build the local industry.

“… Many Southeast Asia companies … only come into Indonesia after proving their model in their home markets, which are substantially smaller than Indonesia. While such approach … can be successful, we feel it is difficult enough to build a successful startup in one market in the fragmented Southeast Asian region, let alone across two or three markets in the region,” explained Intudo Ventures Founding Partner (Silicon Valley) Eddy Chan in an email to e27.

While the company is unable to disclose the names and numbers of the companies it has invested in, Chan said that Intudo Ventures is working with “some top Indonesia-focussed companies led by best-in-class SEA Turtles.”

Intudo Ventures sees an increasing number of Southeast Asian talents returning home from their work or study abroad to build their home country’s digital industry, which the firm thinks is “strikingly similar” to what happened in China in the past two decades.

However, the venture capital firm is fully aware of the challenges Indonesia has been facing in human resource, particularly related to brain drain.

“However, as many of Indonesia’s top startups are founded by SEA Turtles, we recognise that the SEA Turtle phenomenon will have an even more profound effect on the growth of Indonesia’s venture capital ecosystem as this trend further accelerates over the next couple years. This is the core thesis of our firm and will be a key contributing factor to the success of our portfolio companies,” Chan said.

According to him, there are at least three factors that attract the SEA Turtles to return home: Inspiration from pioneering SEA Turtle founders who had founded “break-out” companies such as Go-Jek, Grab, and Traveloka; aggressive recruitment from SEA-based offices of tech giants such as Google and Facebook; as well as significant opportunities recognised by the SEA Turtles and their desire to share “the best practices” they have acquired abroad.

“If they do not do return in the next few years, the window may have closed and they may be left on the outside looking in,” he added.

Where is the exit?

There is a widely believed notion that exits in Southeast Asia tend to take longer time, compared to in tech ecosystems in other parts of the world.

Despite Indonesian startups such as Go-Jek securing its unicorn status, with other companies such as Tokopedia being reported to have achieved such valuation, it seems like it is going to take a moment until the country sees an IPO of a well-known startup.

Chan agreed that this is a challenge that the market is facing, and Intudo Ventures has prepared some initiatives to face it.

One of them being structured exit rights in joint ventures, which is part of the firm’s key strategy in investment.

“In connection with each of these joint ventures, we structure rights to allow for us to exit our holdings in the joint ventures via a share swap to the breakout company (parent company) upon the IPO or acquisition of the breakout company. We believe that this should substantially shorten the hold period from investment to exit, as such breakout companies we bring into Indonesia generally are later stage … and have a clearer path to exit,” Chan elaborated.

Intudo Ventures has also observed a trend where domestic and international funds and family offices or conglomerates are growing more interested in secondary market transactions in Southeast Asia.

“Over the past year, we have witnessed seed/Series A investors increasingly have an opportunity to cash out a portion of their holdings via secondary market transactions in companies that have raised a Series B or later round,” Chan said.

“As our fund focuses on developing a concentrated position as a co-founder or early-stage investor in each of our portfolio companies, we envision substantial opportunities to create liquidity for our fund via secondary sales of our positions in such portfolio companies as they scale,” he continued.

Lastly, Intudo Ventures give credits to companies such as Sea (Garena) for preparing a listing in the US and other major overseas market.

“We feel that the first substantial IPO from Southeast Asia in the US or other major overseas markets will be a catalyst for the rapid development of Southeast Asia’s venture capital ecosystem akin to the early US IPOs of Chinese technology companies such as Sina.com, Ctrip.com, and other players that helped validate the Chinese venture capital ecosystem and paved the way for future exits,” Chan closed.