You’ve heard of unicorns and even their ten-horn-festooned cousins but there’s another member of the startup animal kingdom you should pay attention to: enter the gazelle. 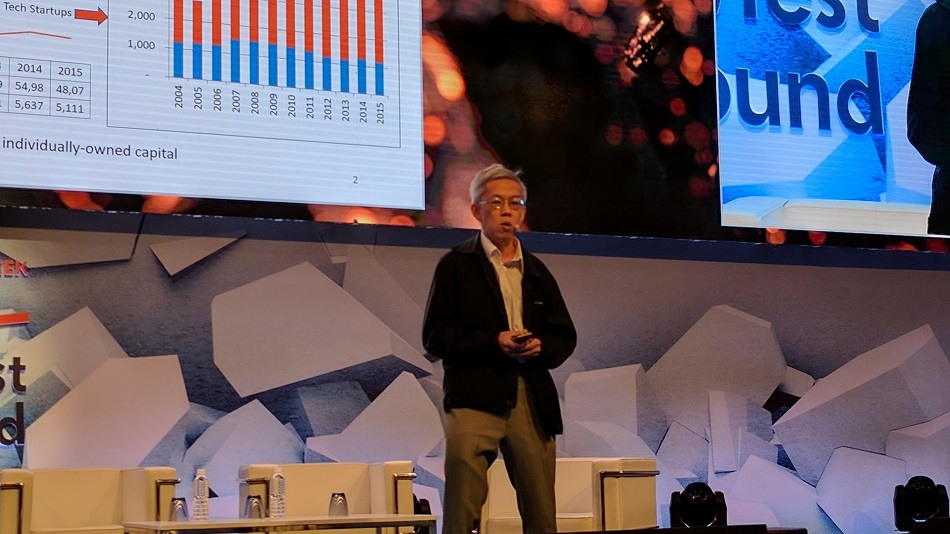 You’ve heard of unicorns and even their ten-horn-festooned cousins but there’s another member of the startup animal kingdom you should pay attention to: enter the gazelle.

A gazelle is a company that can achieve fast and profitable growth – increasing its revenue at a rate of 20 percent annually for more than four years, starting from US$1 million. While the term is far from new, we definitely don’t hear it much.

Singapore just doesn’t have many gazelles.

The findings of a new study by NUS Enterprise, the National University of Singapore’s business and entrepreneurship center, point to why that might be: Singapore just doesn’t have many gazelles.

NUS Enterprise director Dr. Wong Poh Kam presented the study titled Growth Dynamics of High-Tech Startups in Singapore: A Longitudinal Study during the Innovfest Unbound conference yesterday. According to it, gazelles in Singapore are as elusive as their savannah-roaming namesakes, accounting for only 8.1 percent of tech startups in the ecosystem.

On the flipside, 56.8 percent of startups are found to be “struggling,” or to use another vivid term, “zombies.” Those are the companies that generate little employment and growth.

The study was conducted over a five-month period in 2016 and surveyed 530 tech startups in Singapore. The findings show an ecosystem that is increasingly relying on government support (69 percent rate of participation in government schemes compared to 19 percent in 2010) but is more active and dynamic than in the past. It has great innovation potential but uneven translation of this potential to commercial products.

Here are some of the most striking findings of the report:

Companies in Singapore have a five-year survival rate of 53 percent compared to 49 percent in the US and 42 percent in the UK. On the one hand, this means there is the funding and the infrastructure to keep these businesses going. The flipside is, a lot of companies keep surviving without significant breakthroughs and not enough risks are being taken.

“A high survival rate perhaps means too many zombies remain,” Dr. Wong tells Tech in Asia during a round-table interview. The problem there, in comparison to the US, is that not enough companies take the kinds of risk that birth gazelles.

A lot of funding, including venture capital investment, goes into relatively “safe” verticals like online services but not into deep technology and manufacturing. “The risk of starting a laundry business is lower, but so is the potential for scale,” he points out.

Tons of funding into research, but what next?

This has been highlighted by the Committee on the Future Economy report as well – the need to get more research and innovation into the market. Singapore doesn’t shy away from funding research. The city-state’s National Research Fund and National Productivity Fund that fuel research and development were cleared for US$352 million and US$705 million respectively during this year’s budget announcement.

However, while there’s funding for research and for growing businesses, there’s nothing in between, Dr. Wong says. If a research team has achieved a breakthrough, it needs to build a product out of it and present a compelling business case for investors to be interested. But where does the team find the funding to build that product in the first place?

“There’s a no man’s land where the work can’t be funded as research anymore but there’s no product ready for market,” he points out. “We spend so much money in research but perhaps we should be thinking about diverting some of it into translation.” He highlights areas like advanced materials, AI, and deep tech that would benefit from this approach.

This may sound like a no-brainer, but the study confirms that startups that emphasize research and development and build their own technology tools win over less innovative firms by achieving higher sales growth – an average of 70.4 percent per year for the former versus 41 percent for the latter.

While there’s funding for research and for growing businesses, there’s nothing in between.

Younger startups do seem to have a heads up in that department versus more mature ones – 46.1 percent of young firms have introduced new and unique products and services, while only 35.4 percent of older companies can make the same claim.

Singaporean firms are getting better about developing and owning their intellectual property (IP), although there’s still a long way to go. 49.5 percent of the startups surveyed own their IP versus 19.6 percent in 2010. That’s still fewer than half of the companies that participated, however.

Founders are getting younger, more technical, and more diverse

Despite that typical profile, however, more women are founding companies. 10.6 percent of key founders were women versus just 6 percent in 2010. Most founders (93.2 percent) have previous working experience in other small businesses or multinational companies.

More than half of the startups surveyed have set up offices outside Singapore and 72 percent of Singaporean firms have international customers. However, only one fifth of young startups are self-sustaining and more than half are not yet cashflow-positive.

Fewer than 5 percent of startups are responsible for more than 30 percent of total employment, the study found. Gazelle-type and growth-seeking firms tend to employ and retain more key personnel, while zombies generally keep employee count low.

However, there’s a disproportionate amount of sluggish companies that don’t show signs of promising growth. Dr. Wong believes the government and investors should consider not supporting startups that represent low risk but don’t have growth potential, just for the sake of creating portfolios of multiple companies.

“We should be more effective at pruning those zombies and making bolder bets,” Dr. Wong says. “Without more deep technology innovations, it’s harder for companies to scale faster.”