5 Lessons From the Great Pepsi Shakeup

Hitching your advertising to a trendy topic has great potential, both for better and worse. 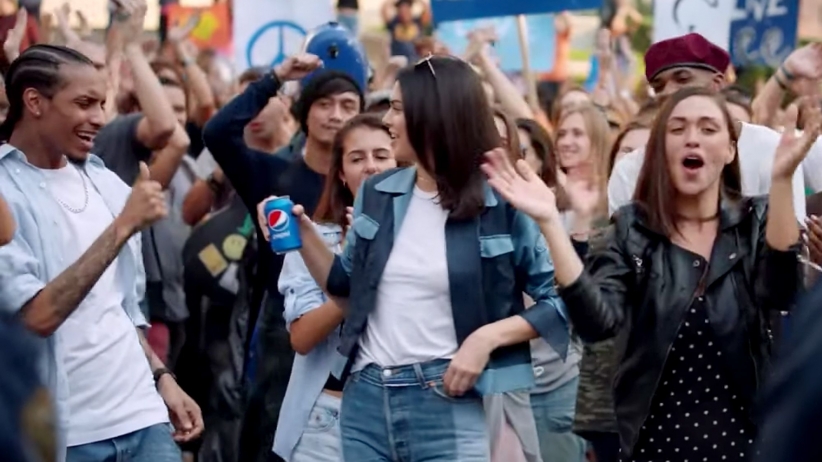 It’s much easier to tell the difference between Coca-Cola and Pepsi than it was just a few short weeks ago. Thanks to an extremely controversial television commercial, Pepsi has left a rather bitter aftertaste in the mouths of protesters everywhere -- figuratively speaking, of course.

The commercial features fresh-faced Kardashian sister and walking brand Kendall Jenner, posing as a supermodel-cum-onlooker during an American street protest. As she joins the crowd, Jenner grabs a conveniently placed can of ice-cold Pepsi and passes it to a stoic police officer. The protesters go wild, the officer cracks a smile, and everything is OK again.

Needless to say, the ad was not well-received. Recent headlines have been dominated by very real protests: the Black Lives Matter movement, international Women's Marches, and anti-Trump rallies, to name a few. Facing widespread criticism, Pepsi pulled the commercial and apologized for its epic fail. Jenner is reportedly quietly mortified.

Most of us want to avoid the ire of the interwebs and the shame of public apology. So what went wrong? How can we avoid repeating the great Pepsi shakeup in our own efforts?

1. Be topical, but skip the cynicism.

There’s nothing quite like jumping on a hashtag-trending topic to put the fire under a campaign. But when it comes to something sensitive -- such as systemic disillusionment and fear -- it’s probably best to err on the side of caution.

Pepsi’s mistake is somewhat reminiscent of Benetton’s much-maligned 1990s effort that notoriously hijacked the "Face of AIDS" awareness campaign. Trending topics are sensitive. If people are taking rubber bullets and baton cracks or they’re wasting away from a terrible disease, it’s not a time to show up and hawk your wares.

2. Be self-aware of your context.

Pepsi's ad clearly was going for the feel-good factor, yet it couched itself in a contemporary context of suffering. Companies that really want to make an impact invest in corporate social responsibility projects or find a positive message that complements their mission.

The New York Times, for example, has embraced the slogan, “The truth is more important now than ever.” Ride-sharing app Lyft will donate $1 million to the American Civil Liberties Union over a four-year span. Both convey positive intention, make a genuine impact and create great publicity.

In all fairness, Pepsi recognized this principle and made an official apology to Jenner. “We are removing the content and halting any further rollout," the company stated via press release and across its social-media accounts. "We also apologize for putting Kendall Jenner in this position.”

Some are quick to condemn the 21-year-old for making a bad decision. The blame really lies with the people behind the ad, her agent or anyone who persuaded her to do it.

It’s important to carefully evaluate the risks involved to all parties, including those who are representing you. If there's a significant chance opinion will sway strongly against them, it’s time to rethink your campaign.

On the whole, celebrities understand they're playing a precarious game of human Jenga: The tabloid press is fantastic at building people up, only to delight in their downfalls -- deserved or not.

Marketers should take note. Some might think their companies are too small to matter, but that’s a myth. Negative conversation, potential boycotts and revenue loss all are natural consequences of a public misstep. The size of that conversation will be proportional to your reach. In short, it's just as damaging to your business interests whether you’re a small company or a large one.

Yes, controversy probably sells even better than sex. And some people -- Tucker Max, Piers Morgan and even the POTUS himself -- can pull off teeth-grindingly controversial moves and get away with them.

However, for most of us, a very public foot in your mouth means painful retraction and a thousand embarrassing apologies. Besides, while I might be talking about Pepsi right now, I’m not about to go and drink one. It’s unlikely Kendall Jenner is, either.

It strikes me as strange that Pepsi's ad got as far as it did. It ran a gauntlet of approvals upon approvals. Perhaps the aim really was to create some heat. If so, this case study holds another lesson for us all: Polarity works in politics, not in company branding.

Why your company needs an Artist-in-Residence

4 Ways to Get Big Marketing Results on a Starter Budget

4 essential startup expenses that no entrepreneur should skip

How To Stay Safe From The Latest Google Phishing Attack