10 years ago Apple announced iPhone. This was what it was like building it. 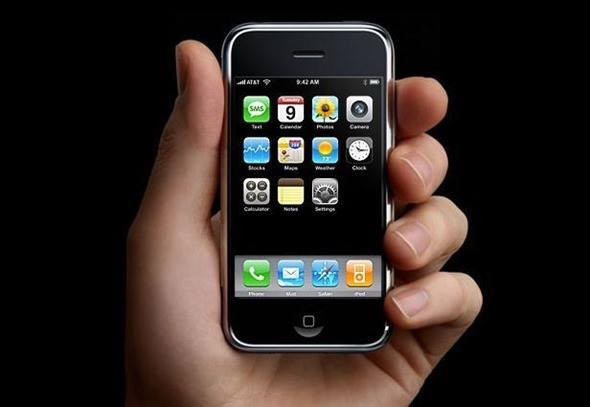 This article was originally shared as a Facebook status update by Andy Grignon, former employee at Apple Inc.

Dang, well here we are… 10 years ago Apple announced iPhone. I’ve been asked by lots of people about today, and the questions run the gamut from 'what’s it feel like to work on something like that', to 'is Apple/mobile dead'. I’m not going to address any of that here - that’s covered in lots of other places... instead I'm going to say some things I’ve been saving up. :-)

* This product shouldn’t have ever happened. I don’t mean that as a philosophical thing, but rather from a pragmatic, engineering standpoint. Think about it : if you were to make a new thing, like a laptop : you take your previous version, change out the screen, maybe add a new processor, change the industrial design and you’re done! *clap*

The iPhone OTOH had *every variable you could change* changed. New CPU that never existed? Check! Desktop OS now targeted for mobile? HELL YEAH, AND LET’S CHANGE THE INSTRUCTION SET FROM INTEL TO ARM BIATCHES. (oh and that implies a new toolchain btw) And while we’re going from desktop to handheld, let's reduce the available memory from gigabytes down to megabytes… lololol. New frameworks, apps… and hey throw in a new way to interact with this whole shit-show using just your fingers! We even invented a new game called “virtual keyboard with auto-correct”… ya get whats ya get.

And imagine being an engineer trying to figure out a problem in all this mess. Let’s say when you do xyz, the whole phone shits the bed and restarts. How did that happen? Was it a bug in Mail, the OS, maybe it ran out of memory… or did the compiler generate the wrong bytecode (happens!), or does your custom silicon have a bug? (ha, that happens too!) We had all the things, all the time and it sucked pretty hard.

* I ended up getting a divorce because of making this thing. Actually that’s not entirely true, or fair : the iPhone project surfaced (in a big way) a personality trait that I’ve always had, as well as one that I see in many colleagues and entrepreneurs I work with : we will give everything we have at the expense of literally everything else, and without help it can be pretty self-destructive. I used to say “my mistress is my work”… cute (and true), but not good for you and the people you care about.

What ‘regular' people don’t understand is the immense amount of effort it takes to make world-changing projects happen. Talking about work/life balance is fun, but the ugly truth is it takes sacrifice to really move the needle. I learned that during the development of iPhone, starting webOS at Palm, and then again when I started my own company. Some of us are just wired differently, and can’t imagine life any other way. If you feel like you're partnered with someone like this, my advice is to get counseling together if you’d like to make your relationship work - it’ll be a tough journey for both of you.

* It’s pretty cool to see something you’ve helped make become a fixture of society. I got a taste of that by working on the OS for the iPod - nobody ever knew of our company Pixo, but we built the original software for that. It’s a little weird at first, but you get used to seeing people using something you’ve made out in the wild. What sucks is when your family starts using your stuff, and feels free to tell you about *every random thing wrong with not only your app and everything even remotely related to it*.

But after iPhone was released, it was weird to see it used out in public because of the extreme secrecy surrounding the development. I still remember the days of using a prototype at BJ’s next to the Apple campus with my friends before it came out. We realized we drew more attention to ourselves cowering over our phones like weirdos in a booth, than if we just used them more casually in the open. If you were a server in the bar at BJ’s in late 2006 at Apple, and you saw a bunch of pasty white guys huddled around some glowing device, then you basically saw the future. Ten years later, entire families, a couple on a date, or pretty much anybody cast with that white glow in a dark room would be using what we built. Ugh.

* Hey, it turned into the fucking iPhone! I mean c’mon, that’s pretty cool. We most certainly didn’t know that at the time - this thing was just supposed to make calls, play music, and let you browse the web. But here we are, and it's pretty surreal. It still stings though to go out and see families all huddled around their own devices ignoring each other. While I’m personally guilty of it, I didn’t ever set out to make that happen.

So there you have it. What’s next for iPhone? I have absolutely no idea - only Apple knows that. But I’m glad to have played a small part of this particular 10 years of history.