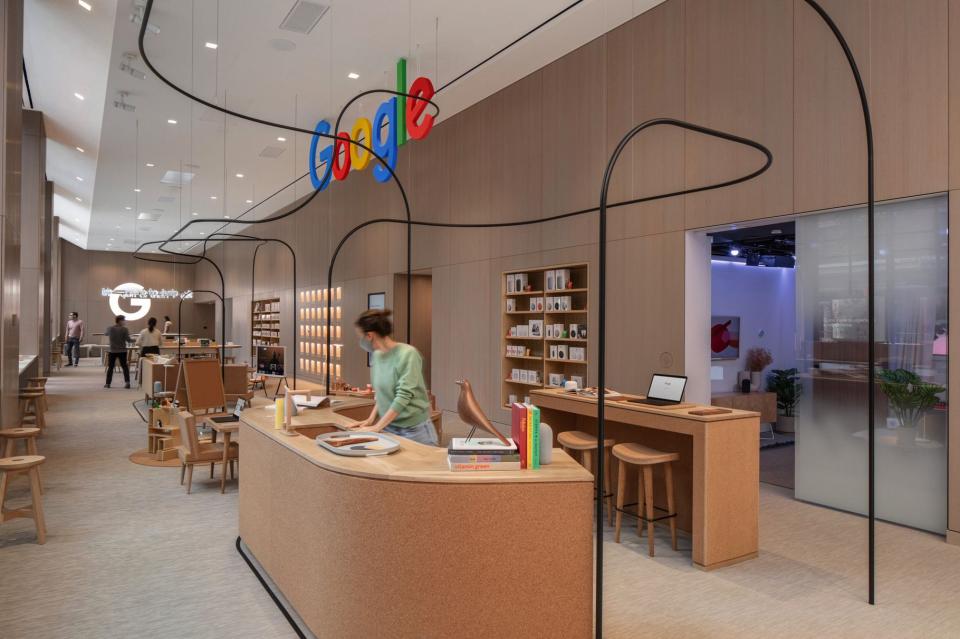 Google is following Apple's footsteps in setting up retail stores to show off the company's line of products.