Coinbase worth over $86 billion after going public, sends Bitcoin prices up

A large part of Coinbase's revenues were attributed to fees from rising cryptocurrency prices. 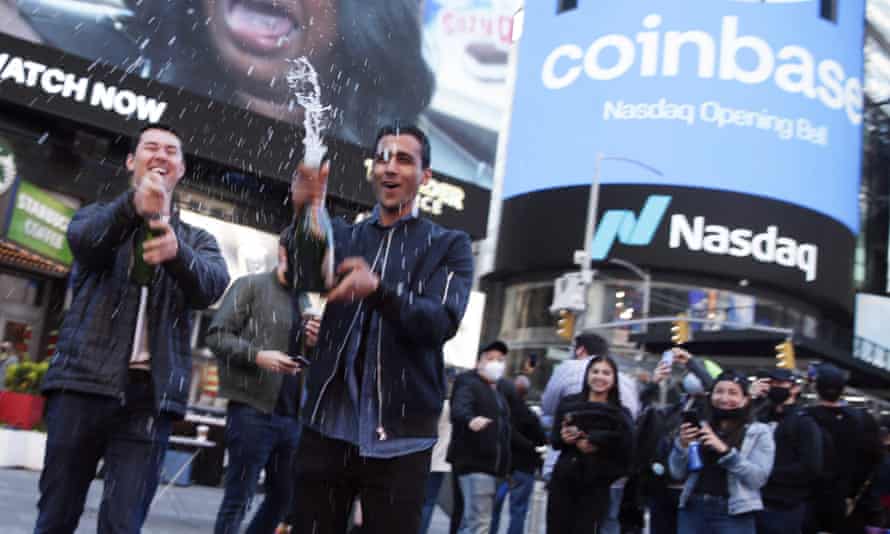 Coinbase, one of the world's most popular cryptocurrency exchanges, went public on the Nasdaq yesterday.

The company's stock market debut was done via a direct listing — where no shares were sold ahead of the opening.

Coinbase worth more than $86 billion

Founded in 2012, the San Francisco-based firm has over 56 million users across the globe, and an estimated $223 billion in crypto-assets on its platform — 11.3% of the crypto-asset market share.

In Q1 2021, Coinbase drew in over $1.8 billion revenues with profits amounting between $730 million - $800 million as Bitcoin more than doubled in price.

A large part of Coinbase's rise in revenues were attributed to transaction fees when users purchased cryptocurrencies at higher prices.

Coinbase worth more than $86 billion

The company was valued at $86 billion at the end of Wednesday, with valuations peaking $112 billion during trading hours.

"We're just very grateful to be able to bring transparency to the crypto economy, the ecosystem that we've all been building over the last 10 years," Coinbase Chief Financial Officer Alesia Haas said in an interview.

India’s PharmEasy is making healthcare accessible to all; valued at ...