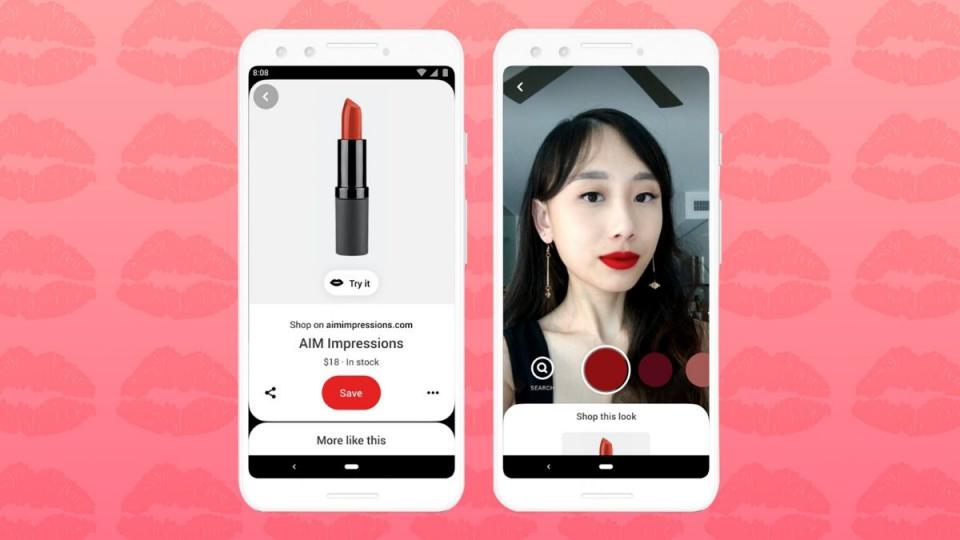 Online shopping is gradually transforming with the power of augmented reality (AR) technology in smartphone apps.

A new addition to the list of companies adopting AR into their products is Pinterest, where the company now lets users "try on" different make up virtually via the mobile app.

As of late, Pinterest has partnered up with several cosmetic brands, ranging from Lancome, YSL, Urban Decay, and NYX Cosmetics — allowing users to try on over 4,000 shades of eyeshadow via the app.

This move doubles down on the company's previous foray into AR, where the company launched a feature for users to try on lipstick via the app last year.

These AR features are not something new to the market, as social apps like Snapchat and TikTok have been using "face filters" for entertainment purposes all this while.

Before the use of AR, people had a hard time visualizing how certain fashion products/accessories would look on them before buying them online.

For Pinterest, the company has found a higher conversion of users into shoppers after using the make up feature — where purchase intent was 5X higher for users that tried an average of 6 lipstick shades.

Whether this would significantly impact offline retail is still yet to be known, but it will definitely increase the likelihood of people shopping online from their phones especially in a post-pandemic world.

Discover and do what you love