133 Chinese companies were on the list, compared with 121 companies based in the US. 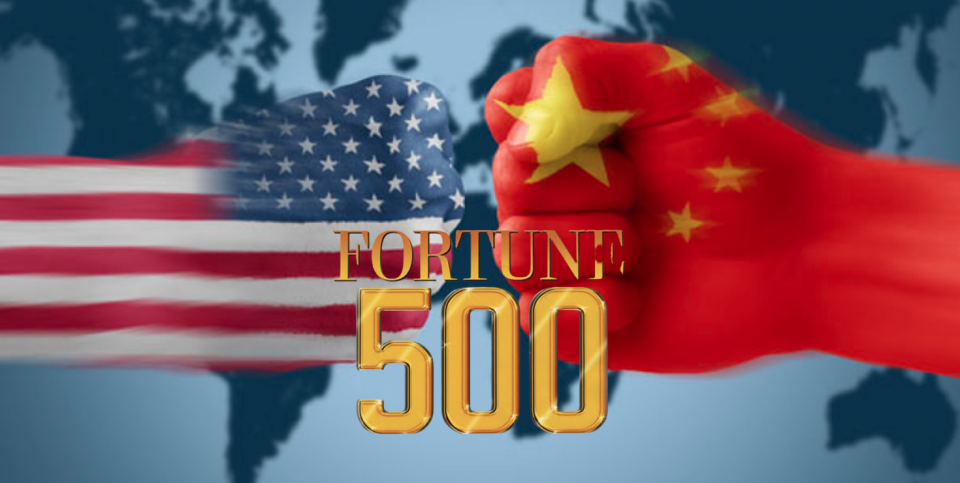 For the first time in history, China has the most Fortune Global 500 companies, surpassing the US.

Compared to 121 companies based in the US, a total of 133 Chinese companies, including those based in Mainland China, and Hong Kong were on the list.

The Global 500 ranking is based on revenues, according to Fortune magazine. Many Chinese companies have earned their spot not necessarily because of their business dynamism, but because they are state-supported monopolies in the world’s largest market.

“The good thing is that infrastructure and energy companies belong to the field of public utilities, and state-owned monopolies avoid redundant construction and enhances pricing power,” Zhang said. “But the bad thing is that these companies have huge scale, rely on administrative power and policy inclination to form monopolies, and they are different from companies that grow in the market.” said Zhang Lin.

However, the rise of China as a leader of global business has clearly emerged during the past years, Fortune magazine editor-in-chief Clifton Leaf told.

“There were precisely zero Global 500 companies based in mainland China in 1990 when we began our survey. Today there are more giant for-profit enterprises there than anywhere else on earth.” said Clifton Leaf.