By bringing affordable and accessible healthcare to Malaysians through his latest venture: GoUbat. 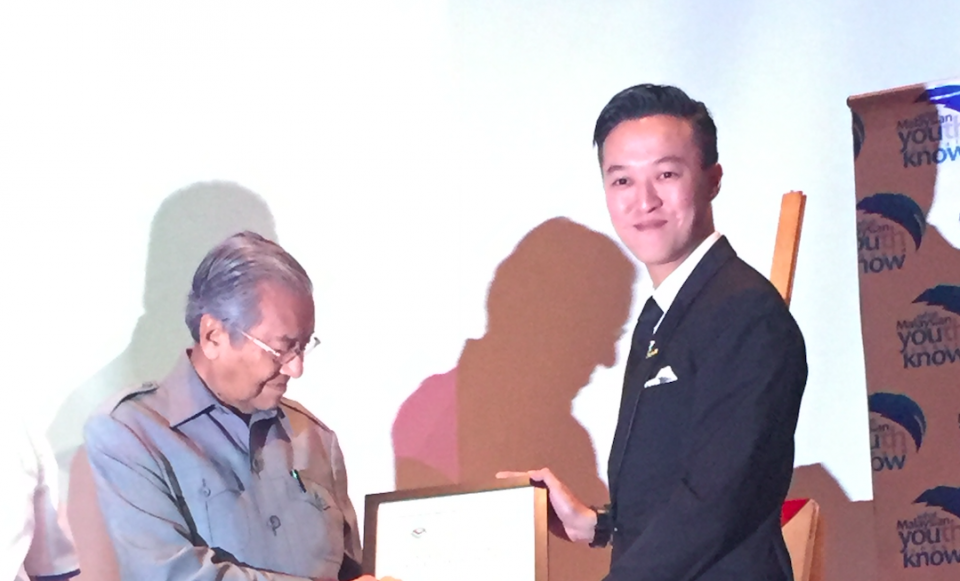 Serial entrepreneur Asher Looi is on a mission to transform the healthcare industry, and he's starting off by bringing affordable and accessible healthcare to the masses.

His upcoming venture: GoUbat, is a nationwide platform that aims to digitalize the pharmaceutical industry — allowing Malaysians to easily compare and purchase medical products from partner pharmacies, and have them shipped directly to their doorsteps.

The platform will also allow Malaysians to gain a wide range of localized insights on symptoms/sicknesses, medicinal information, home remedies, and other health information — information that is becoming increasingly in demand especially in SouthEast Asia.

Asher believes that the use of technology can be used to empower massive change in this age-old industry — an industry that is suffering from over $4.3 trillion in losses due to inefficiencies.

Born in a small town of Ipoh (Malaysia), Asher came from humble beginnings.

Having lost his father due to cancer at a very young age, tough times and financial woes forced Asher to venture out into the working world early, where he moved to the heart of Kuala Lumpur after his high school examinations at just 17 years old.

Having no university education, Asher started out his career as a salesperson, taking on various odd jobs to make ends meet, eventually landing his first job in event management.

A determined and ambitious hard worker, Asher quickly rose the ranks and expanded his career into film production & advertising, where he became the Producer & Assistant Director of the company — servicing many of Malaysia's largest multinational companies.

Asher then became heavily involved with real estate, where he was promoted to Project Director and Partner to Chester Properties. He managed over hundreds of personnel and earned the Top Producer award in 2013.

After reaching the pinnacle of his real estate career, Asher ventured into the world of fundraising and investment structuring. There he helped fundraise millions in capital for various funds and businesses across the country.

In a recent interview, Asher mentioned that his father’s passing was one of the driving forces behind his new venture, as many people in SouthEast Asia still do not have access to affordable and reliable healthcare.

Today, Asher is close to turning his grand vision into a reality, with plans to launch GoUbat in a few weeks. In his own words, GoUbat is just the starting point of a much broader vision of digitalizing the healthcare industry.

Asher believes that technological innovation on the GoUbat platform will act as an enabler to digitalize many on-ground retail pharmacies, and enable them to gather valuable data that could be harnessed for future medical R&D purposes.

"The healthcare industry is an age old industry with minimal change in the past years. These legacy processes and inefficiencies are costing trillions of dollars, inhibiting people from getting access to effective and affordable healthcare. We believe there is massive opportunity to change this industry, and we're starting by providing a platform to help people transact and gain clarity on these matters.", mentioned Asher Looi, CEO of GoUbat

Currently half way through his goal of raising MYR 10 million, Asher intends to complete the round by August and aggressively expand GoUbat across the country.

To Asher, this is the beginning of an entirely new journey. A journey that could change the course of healthcare for the country, and potentially bring tremendous impact to the quality of our everyday lives.