Broken Hearts is a strategic and unique card game that is based on the most common misadventure that most of us face: affairs of the heart. 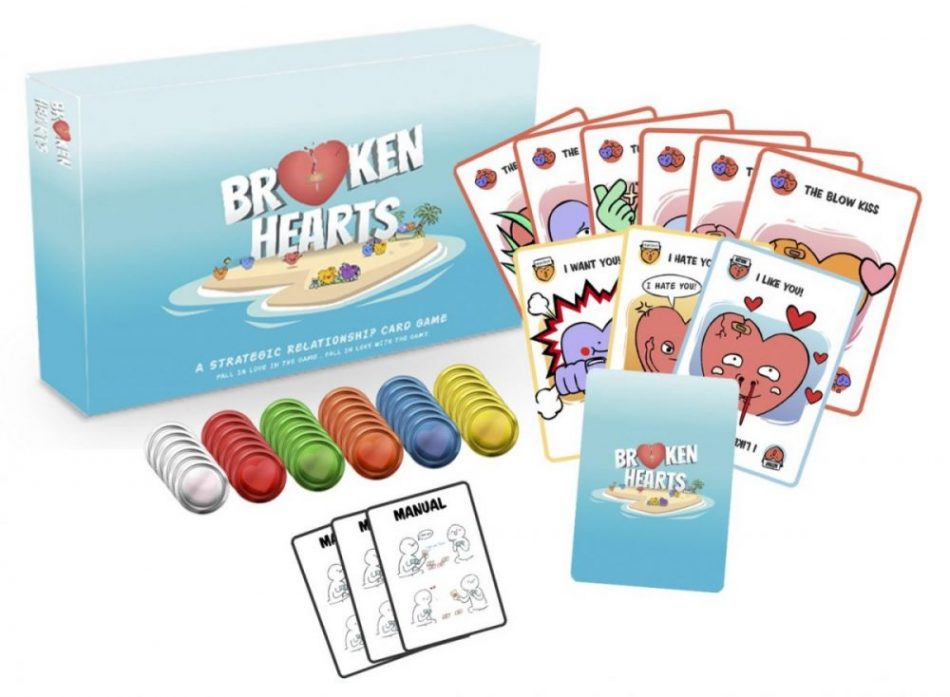 The idea for the Broken Hearts card game came about when founder Joey Teh became devastated with her breakup, and it was only after a while that was able to share her story with two friends at work - both of whom eventually became her co-founders.

Working as a community manager at a co-working space, the topic of relationships came up and it was then that she told them about the breakup, and it was also then that Joey decided to “embark on something meaningful” instead of keeping in the hurt.

And to her, that “meaningful something” was to create something that could spread love to the world - Broken Hearts.

Joey settled on a card game because it was portable and thus, was easier to carry around to bring people together, with the aim of the game to get players to stop hiding their emotions and to be more open to expressing their true feelings to those around them.

The name of the card game itself serves as a nod to all the time people have had their hearts broken by partners, friends, and even family, and the hope is that the game will help players to be brave and face their “Broken Hearts” and fall in love with life again.

Alongside work friends-turned-partners Keely (creator and illustrator) and Seik Yee (creative designer), the trio embarked on a journey to launch the card game, using Kickstarter as their platform of choice to gather fundings.

While the ideation process was in place since 2017, the team only started to create the first iterations of the game in early 2018, and it took them about six months to have their first prototype.

As for the challenges faced by the team, Joey revealed that there is the worry that their game will not be readily accepted as it revolves around the subject of relationships which most people want to avoid and case in point, Singaporeans aren’t the most expressive sort, they face situations where play-testers found it awkward to blow kisses at each other, an action that one of their cards dictate.

To further explain some of the types of cards involved in the game, there’s “The Heart Sign”, “The Pinky Promise”, “The Blow Kiss”, “The Flirty Wink”, and “The ET Touch”, which all correlate to physical interactions that they hope to spread positivity and expressions of love among the players.

As for their Kickstarter campaign, they’ve successfully raised more than their funding goal of $15,000, the minimum sum for the trio to break even.

BEAM launches Business Art of War campaign — A series of events for ...

CTO on Demand will help companies save millions from poorly managed te...