Theresa May Is Learning Brexit’s Leadership Lesson the Shambolic Way

With a no-deal Brexit virtually dead, the U.K.—steeped in chaos—will vote on a Brexit delay 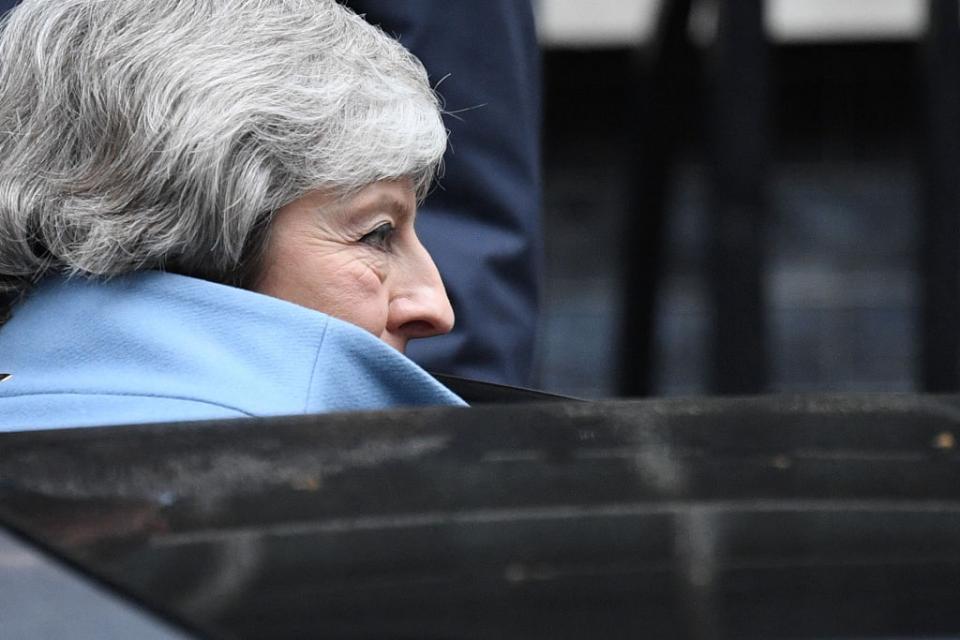 Her Brexit deal now twice-rejected, Prime Minister Theresa May tried to get lawmakers to back a motion saying they reject a no-deal Brexit on March 29, the scheduled date for the U.K.’s departure from the EU. Unexpectedly, an amendment narrowly passed that changed the motion to one that rejects a no-deal Brexit at any point, ever.

May then tried to force her Conservative Party’s members to vote against her own motion, as amended, for two reasons: she believes the threat of a no-deal Brexit gives her leverage over her EU counterparts (a stop-or-I’ll-shoot-myself gambit) and wanted to retain it as an option while asking the EU for a short Brexit extension past March 29; and in any case the U.K. doesn’t get to simply reject a no-deal Brexit, as that’s legally the default outcome if there’s no deal, revocation or extension.

The amended motion passed with a comfortable majority--partly thanks to members of May’s own cabinet defying her orders. That should be an immediate firing offense, but May has now lost so much authority that she let them get away with it.

Today, May puts another motion to a vote, saying her government will ask the EU for an extension. It spells out two options. If Parliament finally backs her Brexit deal, it could ask for a short extension that allows it to implement the deal in U.K. law, but ends just before the newly-elected European Parliament commences work at the start of July. If it doesn’t back her deal, the government will ask for a long extension, meaning the U.K. needs to field candidates in the imminent European Parliament elections. The long-extension option (tentatively supported by key EU figures) is a threat to hardcore Brexiteers to back May’s deal or see Brexit go down the drain, because the best justifications would be holding a second referendum or a fresh general election. As we saw yesterday, amendments could leave May’s motion looking very different by the time it comes to a final vote. Again, Parliament’s rejection of a no-deal Brexit doesn’t change the legal situation. But politically it means the option is most likely dead, so sterling hit an almost-two-year high on the news.

There’s a big leadership lesson here: if you need to take people with you on a major, controversial project, you have to build consensus, otherwise the convoy will break down. May, who leads a deeply divided minority government, thought she could steamroll not only other parties but her own with her personal Brexit vision. She was wrong, and the wheels are falling off.

Greece turns to China to connect its far-flung islands to the electric...