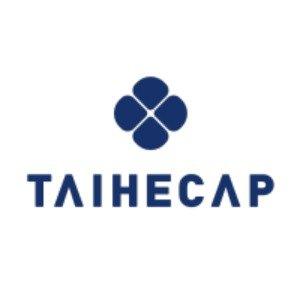 Taihecap (formerly TH Capital) is a leading investment bank in Asia Pacific that provides world-class financial services for top-tier entrepreneurs worldwide. Since its foundation in 2012, Taihecap has served over 100 startups including 30 unicorns to raise more than $19 billion in the primary market.

Taihecap was awarded the "Best Deals of 2019" in FinanceAsia Achievement Awards and "Best Equity Financing Deal" in Asset Triple A Sustainable Capital Markets Regional Awards 2019, and was the only primary market investment bank to scoop these APAC prestigious awards in 2019.

Since 2019, Taihecap has started its overseas expansion into markets such as Southeast Asia, India etc.. Overseas markets would become taihecap’s parallel strategic market alongside China.

“Tai” stands for Mount Tai, regarded as the grandest of the Five Great Mountains of China, which has a magnificent outlook over the world. It shows our passion to ride the waves of business world, and fight to get on top of the tides. “He” is characterized in ancient Chinese philosophy as "appreciating the values of each other, and building a harmonious world". It shows our commitment to share mutual benefits and grow together with global top-tier entrepreneurs.

Facilitating the transition to clean energy in Southeast Asia