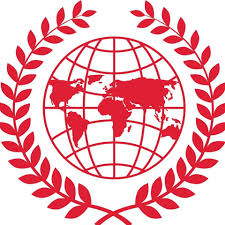 Ease Your Path to The Gate of Bright Future

International Global Network (IGN) is an organization engaged in youth development programs. Established with the aim of bringing together youth across the globe to cooperate with each other in business, technical, cultural and social movements, IGN has consistently put effort to arrange various programs for them to meet the needs of today’s society. Moreover, in enforcing the vision of “Connecting Youth Leaders to the World”, IGN believes that every person deserves the opportunity to get involved in global exposure and learn new things from it. Thus, IGN always strives to innovate its programs for them as a strategic platform to develop and explore themselves as well as create changes to make the world a better place.

Since its establishment a few years ago, IGN has successfully conducted various youth development programs such as YOUTEX, Asia International Student Summit (formerly known as A.S.S), Leaderpreneur Summit, Sasambo Greeneration, and Korea International Culture and Education (K-ICE). The objective is to provide the youth with a platform where they can explore the ideas ranging from educational leadership, entrepreneurship, environment, and culture. By joining these programs, the participants are able to acquire knowledge directly through their series of activities e.g. symposium, cultural performance, university/company visit, market research, group presentation with an excursion concept, etc.

In 2017, IGN started its very first Model United Nations (MUN) conference, also known as Asia Youth International MUN (AYIMUN). Since then, IGN has been continuously organizing more MUN conferences e.g. Global Goals MUN (GGMUN), Asia World MUN (AWMUN) and Bali Asia International MUN (BAIMUN). Each MUN has its own theme which makes them different from one another. On top of that, they have become the most ethnically and culturally diverse MUN conference in the world.

As it keeps growing, IGN has a plan to broaden its scope by conducting its programs at new locations in new countries. IGN hopes that it will give the youth from every part of the world the same opportunity to join its programs; accordingly, they are expected to be able to contribute to initiating changes and transforming the world into a better place.

Are you looking for Ayurvedic treatment in Melbourne?

Focused on meeting the needs of the scientific community.