When he first became rich, Bezos upgraded his Chevy Blazer to a Honda Accord 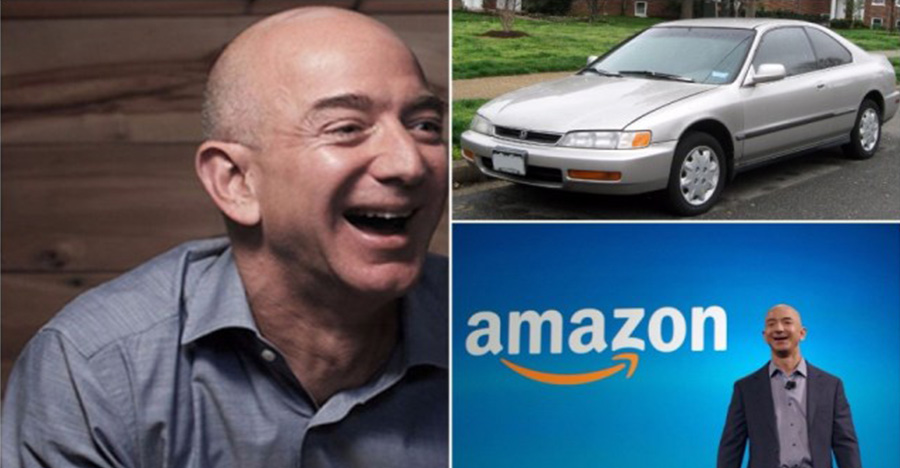 Jeff Bezos is the richest person in the world, but even as a billionaire he drove around town in a Honda Accord.

The surprisingly frugal founder of retail giant Amazon watched his expenses closely when his vision was just a start-up. After the company’s IPO introduced Bezos to great wealth, he remained a humble spender.

From the driver’s seat of his Accord, Bezos told Bob Simon during a 1999 “60 Minutes” interview that “this is a perfectly good car.”

Bezos said, “it’s a symbol of spending money on things that matter to customers.”

Amazon – which just announced a shortlist of 20 finalists for the company’s second headquarters – began as an online bookstore in the dawn of the digital age but didn’t make a profit for its first 20 years. Before his Accord, Bezos drove through Seattle in another economy car.

“I was driving the packages to the post office myself in my 1987 Chevy Blazer and dreaming one day that we might have a forklift,” Bezos told GeekWire about the early days of Amazon.

The tech company is currently valued at over $600 billion – which may be an undervaluation – and Bezos’ net worth is $109 billion as of Friday, according to Bloomberg. Yet, even with all of the success, frugality remains a core leadership principle at Amazon.

“We try not to spend money on things that our customers don’t value. That’s been a key part of our DNA,” Jassey said.

That includes flight upgrades to business or first class when Amazon employees are traveling for work. Amazon will only pay for an economy ticket – if an employee wants to upgrade, it has to come out of their own pocket.

As of 2013, Bezos was still driving a Honda, according to Brad Stone’s book “The Everything Store.” But being frugal in some areas hasn’t stopped him from making other notable purchases.

The frugality of Amazon – and its leader, Jeff Bezos – has allowed the company to thrive. As it expands to a second headquarters, continuing to be careful with money will certainly help.

Author Info:
This article was first published by Matthew Michaels on Business Insider US

How far can IP go to protect and monetize your business?