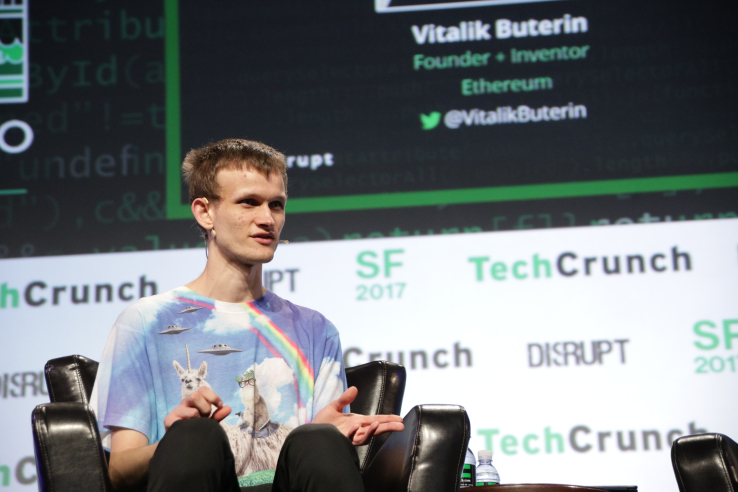 Fenbushi was founded in 2015 and its $50 million fund was one of the first to actively put capital into blockchain companies through seed investments and participation in ICOs. As one of the most visible funds, it picked up stakes in dozens of firms no doubt helped by its connection to Buterin, who is synonymous with Ethereum.

Buterin was never full-time as he juggled the role with his work for the Ethereum Foundation. He is still listed as a general partner on the firm’s website, but he confirmed to TechCrunch that he is no longer involved full-time. He will, however, retain a role as an advisor.

Fenbushi did not respond to a request for comment.

In a lengthy statement released to TechCrunch, Buterin explained that he plans to spend more time ensuring that Ethereum fulfills its potential as a platform.

2017 really has been the year where hype in crypto, including financial hype and social hype in general has far exceeded the reality of what existing blockchain systems can offer. There is a lot of attention, and a lot of eager expectation, but as far as reality goes the practical usability of blockchains has in some cases even regressed due to rising transaction fees.
I expect 2018, at least within the Ethereum space that I’m best able to speak about, will be the year of action. It will be the year where all of the ideas around scalability, Plasma, proof-of-stake, and privacy that we have painstakingly worked on and refined over the last four years are finally going to turn into real, live working code that you can play around in a highly mature form in some cases on testnets, and in some key cases even on the public mainnet. Everyone in the Ethereum space recognizes that the world is watching, and we are ready to deliver.

His departure from Fenbushi will not be a huge surprise to those working in the blockchain space, or indeed anyone who follows Buterin on Twitter.

In recent months, Buterin has implored the community to develop product rather than navel gaze as the price of Ether, the Ethereum Foundation’s token, has soared. Ether broke the $1,000 mark for the first time on January 4 2018, up massively from less than $10 per token one year previous.

That, like the rise of bitcoin and other cryptocurrencies, has created incredible wealth for early backers, but also concern that rising transaction fees may stifle innovation. The bottom line, though, is that there is little in the way of product in the market, as Buterin has said numerous times.

The Ethereum co-creator even threatened to leave the community in late December over its obsession with memes and material goods.

It’s unclear how much Buterin profited from Fenbushi’s deals, but as a co-founder of Ethereum he is clearly independently wealthy — in digital terms — although his exact holdings today are unknown. Recently, he announced plans to donate the tokens given to him for advising Omise Go and Kyber Network to charities and/or to fund Ethereum infrastructure. Buterin also said he had “sent a bunch of fiat”-based donations to the Against Malaria Fund and GiveDirectly.

Away from money, for the past year Buterin has been busy with a series of projects aimed at scaling Ethereum, and in particular the volume of transactions that its blockchain can handle. That’s seen as critical if the project is to live up to its potential and match existing global systems like Visa.

Buterin is working on Plasma.io with Joseph Poon, the author of the Lightning Network for Bitcoin, and is involved in Sharding and Casper which are two other technologies designed to tackle the scalability problem. Raiden Network is also another notable effort in the space.

Buterin’s departure is likely to be a huge blow for Fenbushi. There’s little doubt that having the ‘face of Ethereum’ on your website is good for business, especially in the highly competitive investment space. A cynical onlooker might conclude that is the reason Fenbushi has kept his name. That said, Fenbushi’s longevity in the space has made it a name within the crypto community worldwide, now it’ll have to do that independently.

Note: Article updated to add that Buterin will remain an advisor to Fenbushi

Disclosure: The author owns small amounts of cryptocurrency including ETH.

Author Info:
This article was first published by Jon Russell on TechCrunch