Most industry observers would agree given Binance’s quality platform and business practices, it was just a matter of time before they seized market leadership 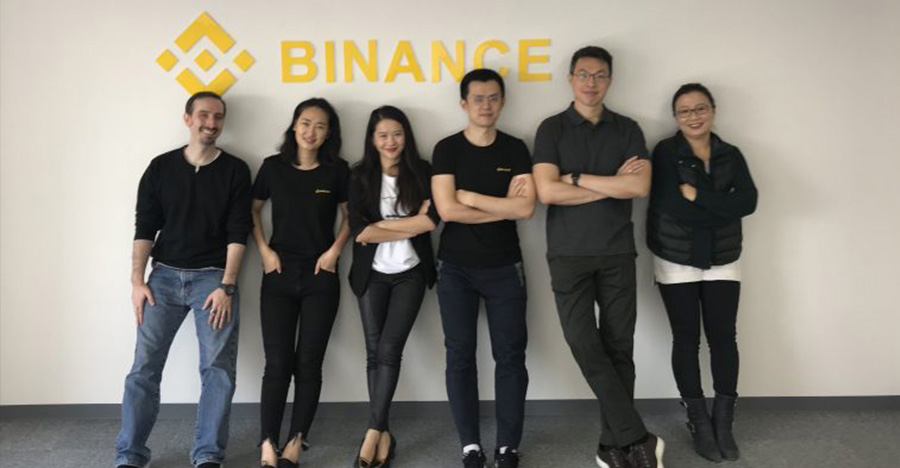 Well even reputable startup data insight providers such as CB Insights are yet to really highlight Binance or their phenomenal success and when they published “The Global Unicorn Club” it showed Coinbase but Binance was nowhere to be found, not even in their “future unicorns” list. I guess when insight experts can’t keep up it is the hallmark of a rocket ship with a pace that SpaceX and Elon Musk would be proud of.

So what is Binance?

In the above “Evolution of Binance” image it highlights Binance’s amazing growth in less than 5 months to become the world’s top 3 cryptocurrency exchange (though, according to Binance founder & CEO Changpeng Zhao (“CP”) they are now #2, just behind Bitfinex, for now). Fighting talk!

Yet, that’s the side story.

Most industry observers would agree given Binance’s quality platform and business practices, it was just a matter of time before they seized market leadership. However many would of been shocked just how short a time it has taken for them to rise to the position they are now in!

The real story is that Binance is arguably the fastest profitable startup to achieve unicorn status (private company with $1bn+ valuation) in history.

And they did it in less than 6 months. Yes, you read it right, 6 months.

Per the chart below, some 20 US private startups became unicorns in under half a year (if anyone has a list of the international ones, please share it with me). None, I believe were profitable at the time.

I believe the other “Success stories” were ALL loss-making at the time achieving unicorn status. In crypto, half a dozen “startups” have raised 9 figure ICOs with coins trading at billions plus market caps.

However, they have no products or revenues. In contrast, while I don’t have access to accounts, I do know Binance is highly, highly profitable. Their core business is simple to understand?—?to be the most robust, safe, service-oriented, crypto-currency exchange, helping investors and traders buy/sell while taking a commission.

What determines its market cap?

In August, Coinbase raised $100m from prominent VC’s such as Draper Associates and Greylock Partners at a $1.6bn valuation, confirming its status as one of the first “Bitcoin” unicorns. While their business models are not identical, Binance likely has surpassed Coinbase in trading volume and at its current rate should take global #1, given that it operates in Asia (Japan/China) and Asia is 40%+ of global Bitcoin trading. Binance is also in a good position to be a major “ecosystem” player in the region and globally.

To date Binance has “only” raised $10m in Series A from VC’s such as Sequoia (founded by Legendary Donald T. Valentine and chaired by Welshman Sir Michael Moritz) and as they are highly profitable they may be getting many, many knocks on the door, which are likely to go unanswered as they may not need any more venture capital.

You can also argue Binance’s valuation is even more “real” than Coinbase’s?—?though both have passed $1bn valuations in private venture funding, Binance actually has tokens (BNB) that trade 24/7 at the whim of supply and demand. As of today, BNB trades at about $8 with 99m tokens circulating given the “float” market cap of $800m+. Earlier this week, BNB shot north of $10, valuing the float at $1bn+. The circulating supply along with BNB held by founders, insiders and early investors is 199m, hence BNB’s value is closer to $2bn. Note Binance has other businesses not captured by its stock value.

BNB has soared, in recent weeks, very much in line with its customer acquisitions, coins traded and trading volume:

Unless I’ve missed another startup, Binance can go into history books as not only the fastest profitable crypto related startup but also fastest unicorn in history, achieving $2bn+ valuation in under half a year. Which is simply Incredible.

So how did they do it?

The success of Binance is intrinsically tied to the hyper growth of cryptocurrencies, but credit is due to its founder and CEO Zhao Changpeng (“CP”). Binance’s ascent certainly has good luck on its side but the seeds of its success were sown years ago?—?including CP’s prior work in Wall Street software trading systems, Chinese Bitcoin startups, and many, many poker hands.

Congratulations to Zhao and the Binance team, I was an early user and I’m also a fan of the platform, especially it’s UX and durability, which is impressive with Binance’s huge traffic levels, being the world’s 347th and US’s 69th most visited site respectively.

Let’s face it most exchanges are struggling to keep up with demand such as my piece yesterday about the exchange Kraken being down for 2 days, you can read that here so it further highlights just how good a job Binance are doing, yes in Coinbase’s case $100m helps, but an experienced team and ability to move and scale fast is something money doesn’t always buy and Binance show you can do a lot with much less money, if you spend it wisely and figure out how to make money! Take note startup founders!

Will Millennials drink to Diet Coke’s new look and taste?