One of the world’s top energy importers, China, is set to roll out a yuan-denominated oil contract as early as this year. 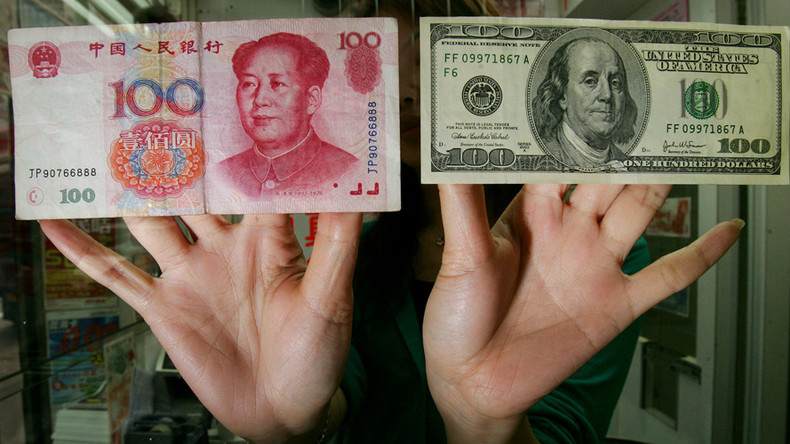 One of the world’s top energy importers, China, is set to roll out a yuan-denominated oil contract as early as this year. Analysts call the plan, announced by Beijing in September, a huge move against the dollar's global dominance.

The so-called petro-yuan is a “wake up call” for investors who haven’t paid attention to the Chinese plans, according to the head of Graticule Asset Management Asia Adam Levinson, as quoted by Bloomberg.

Earlier this year, the Chinese government announced plans to start a crude oil futures contract priced in yuan and convertible into gold. The contract will enable the country's trading partners to pay with gold or to convert yuan into gold without the necessity to keep money in Chinese assets or turn it into US dollars.

The new benchmark will reportedly allow exporters, such as Russia, Iran or Venezuela to avoid US sanctions by trading oil in yuan.

The analyst said the new contract would be able to serve as a hedging tool for Chinese corporations, as well as support the government’s broader plans to extend the use of the national currency in trade settlement.

According to Levinson, Chinese companies might grow into anchor investors in Saudi Arabia’s initial public offering of its national oil giant, Saudi Aramco.

At the same time, some analysts are skeptical of China’s ambitious plan to create its own benchmark.

“Game changer it is not — at least not yet. But it is another indicator of the beginning of the glacial, and I emphasize the word glacial, decline of the dollar,” said Gal Luft, co-director of the Institute for the Analysis of Global Security, as quoted by CNBC.

The end of US dollar hegemony has been a consistent message from Russian President Vladimir Putin.

“Russia shares the BRICS countries’ concerns over the unfairness of the global financial and economic architecture, which does not give due regard to the growing weight of the emerging economies. We are ready to work together with our partners to promote international financial regulatory reforms and to overcome the excessive domination of the limited number of reserve currencies,” Putin said two months ago during the BRICs summit in Xiamen.