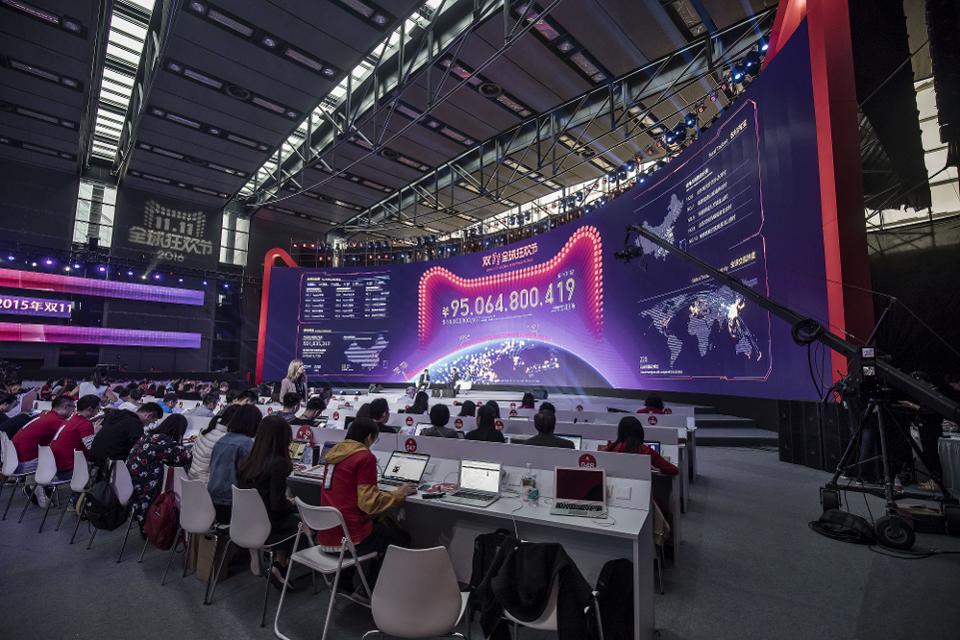 Google has transformed how the world communicates and processes information, but there is no Google Day. (disclosure: my wife works for Google)

Amazon has transformed consumer behavior in the U.S., but there is no Amazon Day. Perhaps Black Friday or Cyber Monday come close.

However, there is an Alibaba Day, November 11, now known as the "11.11 Global Shopping Festival." 11.11 is the largest e-commerce day in the world, driven by the main Alibaba platform, Tmall. Alibaba has not only transformed consumer behavior in China, but merchant behavior as well.

I will be in Shanghai helping out on 11.11 again this year, but I wanted to share six things you need to know about this day.

11.11 transaction volume is large enough to drive both brand strategy and consumer behavior. 11.11 no longer augments your China strategy; it is your China strategy . Alibaba hit $17.8 billion in sales on 11.11 2016, and 2017 will blow through that number. That one-day figure is greater than the annual e-commerce sales of Brazil . Alibaba says 140,000 brands, some 60,000 of them international labels, will offer up over 15 million product listings this year. Prediction: Jack Ma’s Tmall will come close to hitting $1 billion an hour in sales, making Alibaba the biggest retail machine in the world.

11.11 has its own ecosystem, including a national television gala and dazzling product launches. In 2016, 11.11 featured initiatives such as a so-called “See Now, Buy Now” fashion show streamed on Youku, which returns this year, and a VR visit to Macy’s allowing anyone around the world to “visit” its NY flagship to explore and shop.

With a focus on retail as entertainment, look for bigger and better add-ons this year, including augmented-reality games, shopping tours and virtual fitting rooms. The television gala is quickly turning into the Super Bowl half-time show for the entire nation. Prediction: Some 200 million might watch the gala this year, and tens of millions more will play games, visit stores or try on clothes on their phones.

One of the strong trends in China e-commerce this year has been the sharp move toward New Retail, meaning Online-to-Offline (O2O) integration so that consumers can evaluate and purchase products seamlessly between both channels. Both Alibaba and JD have invested considerably in this space and built out off-line partnerships and channels.

This year’s 11.11 will see over 1 million merchants using various online and offline integrations. Some 600,000 mom-and-pop convenience stores and 30,000 rural service centers for its Taobao shopping platform are taking part, highlighting Alibaba-provided O2O technology upgrades for merchandising and inventory. JD is not sitting still, having announced an 11.11 O2O partnership with Walmart. Prediction: 2017 will establish 11.11 as the largest offline shopping day as well as the largest online day.

Alibaba promoted 11.11 internationally in 2016, but look for a major push this year. First, international awareness continues to grow each year. Second, Alibaba is increasingly integrating its Southeast Asia franchise, Lazada, into the mix. Of the 200 million gala viewers, some 10 million might be outside of China, and as a first, Alibaba will take 100 Chinese brands overseas, targeting the 100 million-plus Chinese diaspora. In turn, JD has announced free shipping to customers in Macau, Hong Kong, and Taiwan.

Think about a month; more like two months. There is at least one big problem with 11.11. If you limit your activity to those 24 hours, you eventually bump against capacity constraints. Even if you heavy-up your warehouse and shipping, there is only so much that can be pumped through the system. The solution? Start 11.11 30 days early and finish it 30 days late.

Thirty days out, you start to see teasers, special promotions, and lead-up events (perhaps attenuated this year because of the Party Congress). And 11.11 keeps going for 30 days after leading to 12.12, the other shopping day. 12.12 also allows merchants to fully load inventory for 11.11, knowing they can move slower moving stock a month later with the next holiday. Prediction: This 60-day period accounts for over 40% of a Tmall’s annual sales.

JD and other platforms will be jumping in as well. Alibaba deserves credit for promoting this as a holiday starting in 2009 with 27 merchants, but everyone has joined the party. If you are selling on JD or other platforms, you will also see a full range of promotional activity, albeit on a smaller scale. Prediction: JD has a record day as well.