Facebook identifies its targets, the amount of money it is willing to pay, and the shamelessness of its copycat products goes beyond its peers. 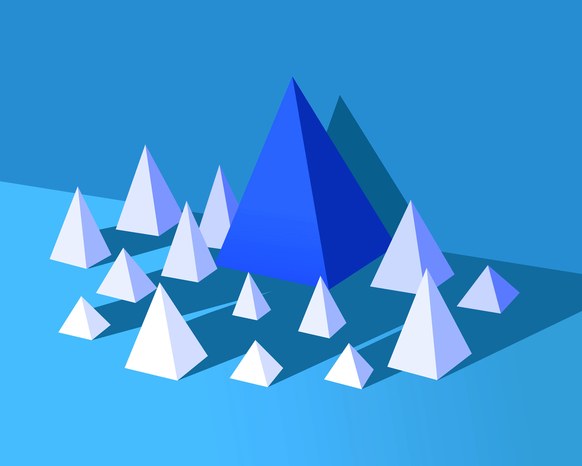 IN 2010, FOURSQUARE co-founder Naveen Selvadurai believed that his company, and several other social-media upstarts—Twitter, Tumblr, Path—could carve out successful niches against Facebook.

But Facebook had other plans. That year the company introduced a feature that allowed users to “check in” at any location, a copy of the main feature of Foursquare’s app. In response, Selvadurai conceived an “anti-Facebook alliance” of up-and-coming social-media Davids taking on their industry’s Goliath. At a minimum, they could share survival tactics. Selvadurai had informal discussions with friends at Path, Instagram and Twitter, all of which had faced threats of Facebook copying key features. “It was common knowledge, even back then, that Facebook would just approach a company and say something to the effect of, ‘Join us or we will copy you,’ ” he says. More broadly, they believed that Facebook’s closed-off “walled garden,” was hurting the thing they loved most about the open Internet—the fact that anyone could build something that could reach millions of people.

The alliance didn’t get very far. In 2012, Facebook snapped up Instagram for $1 billion. The next year Yahoo acquired Tumblr for $1.1 billion. Path declined in popularity and eventually sold. Foursquare remains independent, but had to split its app into two products and adopt a new strategy.

Selvadurai, who left Foursquare in 2012, cites many reasons for the company’s struggles, from arriving before users were comfortable sharing their locations online to Facebook’s mimickry. “It’s really fun to work” on consumer Internet products, he says. “But why is it getting harder and harder over the years? Because these big players are getting bigger and bigger.”

Now, Facebook is facing challenges on many fronts. Congress is investigating how Russia used Facebook to influence the 2016 election. Privacy activists criticize Facebook’s cooperation with censorious governments. Some regulators believe the company has become too large and powerful. The media industry is wary of its control over distributing content. And, in its own backyard, many in Silicon Valley believe Facebook’s aggressive competitive strategy is stifling innovation.

Since 2012, Facebook has repeatedly copied or acquired social-media apps that gain traction. There’s the Instagram deal, and more astonishingly, its $22 billion acquisition of WhatsApp. Facebook attempted to acquire Snap for $3 billion, was turned down, and made at least 10 attempts to copy its most distinctive features. Last week the company acquired tbh, an anonymous app for teens that has bubbled up in recent months.

Facebook likely found out about tbh through one of its other acquisitions. In 2013, Facebook bought Onavo, an Israeli startup that makes an app that lets people monitor how much mobile data they’re using. After Facebook bought Onavo, it used the aggregated data from its millions of users to track which apps are growing in popularity, the Wall Street Journal reported in August. Onavo data reportedly convinced Facebook it should pursue WhatsApp and copy live video streaming services Periscope and Meerkat.

Facebook isn’t the only Silicon Valley company that competes aggressively against upstarts. Amazon started a price war with Diapers.com, then bought the weakened rival. When Google Maps competitor Waze became popular, the company bought it. But the speed at which Facebook identifies its targets, the amount of money it is willing to pay, and the shamelessness of its copycat products goes beyond its peers.

Many observers believe Facebook is bucking Silicon Valley convention, where competition is expected, but “innovation” is sacred. Tech companies have always understood that they might be overtaken by upstart disrupters. They all started as upstart disrupters, and everyone’s read Only the Paranoid Survive and The Innovator’s Dilemma. Startups are the lifeblood of Silicon Valley, and it’s an insular industry that often operates like a small town. No one wants to be seen as a bully, choking off a young startup’s chance at success.

Privately investors grumble that they won’t invest in social media companies anymore. There will never be another WhatsApp, they argue, because Facebook will buy or bury it before it’s able to get to that size. Indeed, the number of investments in internet and mobile social companies has been steadily declining since 2014, according to data provider CB Insights. The firm projects just $693 million in global investments into the category this year, less than half of 2014’s $1.4 billion. Meanwhile some founders see selling out to Facebook—no matter how early—as inevitable. Josh Lee, a former Facebook employee, recently joked on Twitter that someone should start a philanthropic fund that pays founders to turn down Facebook acquisition offers.

Lee, who is now a freelance designer, worries that Facebook’s consolidation of power creates a void of creativity, since every company it acquires becomes indoctrinated in the Facebook way. If more entrepreneurs with differing ideologies were competing for peoples’ time and attention, he says, “we would end up with more diverse products and would be better equipped to analyze and critique our tech companies, armed with more counter-examples of how things could work.”

For example, Snap has largely avoided the issue of fake news because its content is curated and not ranked by “likes.” This shows the value of fresh thinking, Lee says. “I think this actually may be [Snap’s] greatest gift to the world: showing us that the Zuck Way is not the Only Way,” he says. Facebook still poses a threat to Snap. After Instagram copied its “stories” feature last year, Snap’s user growth slowed significantly.

PayPal has seen the future, and the future is marketplaces