Much has been said about the impact of artificial intelligence (AI) on the global workforce, with some arguing that we should all be far more concerned about “job displacement” than killer robots. 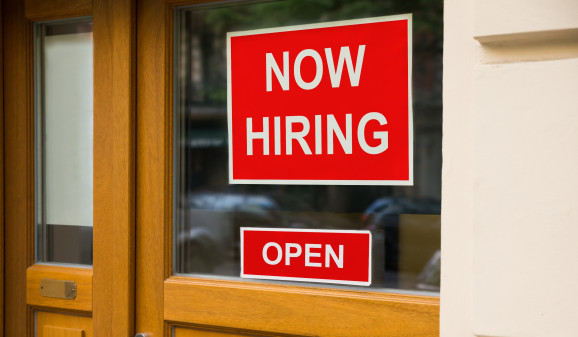 Much has been said about the impact of artificial intelligence (AI) on the global workforce, with some arguing that we should all be far more concerned about “job displacement” than killer robots.

As an AI insider, having built and shipped a lot of AI products, I don’t see a clear path for AI to surpass human-level intelligence. I think that job displacement is a huge problem, and the one that I wish we could focus on, rather than be distracted by these science fiction-ish, dystopian elements.

On the flip side, many predict that while AI is already leading to job losses, it could, in fact, create jobs too. A Deloitte Study titled: “From brawn to brains: the impact of technology on jobs in the U.K.” found that 800,000 low-skilled jobs were eliminated as the result of technology, but 3.5 million new jobs were created. That’s not to say that the rise of AI will have a similar knock-on effect in the future, of course, but it is one hypothesis.

A number of well-cited studies from Boston Consulting Group (BCG) and the World Economic Forum suggest that a global workforce crisis is looming. Through looking at “workforce supply-and-demand dynamics” across 25 major economies through the year 2030, the reports highlight impending labor shortages and surpluses and their possible implications.

“An equilibrium in supply and demand is rapidly becoming the exception, not the norm,” BCG has said. “Between 2020 and 2030, we project significant worldwide labor-force imbalances — shortfalls, in particular. One significant implication is the potential aggregate value of GDP squandered, because either these nations cannot fill the jobs available or they cannot create enough jobs for the workers they have.”

If their projections are correct, this could impact the global economy to the tune of $10 trillion. But BCG managing director and senior partner Rainer Strack, in this TED talk from 2014, suggested that it’s not too late to address this imbalance through employee recruitment and development strategies that take a more global outlook.

“This global workforce crisis is approaching very fast,” noted Strack. “We are just at the turning point. Every company, but also every country, needs a ‘people’ strategy, and to act on it immediately.”

It’s against this backdrop that we’ve seen something of a spike in venture capitalist cash being thrown at recruitment-focused platforms.

Earlier this week, Estonian startup Jobbatical closed a $4 million funding round, with participation from Japan-based Mistletoe, Union Square Ventures (U.S.), AirTree Ventures (Australia), and Tera Ventures (Estonia). The company’s mission is to help software engineers, creatives, and marketeers find jobs around the world, teasing job hunters away from the usual haunts, such as Silicon Valley, New York, and London. Asia, in particular has emerged as a major area of focus for Jobbatical, with job postings in places such as Kuala Lumpur, Hong Kong, and Tokyo.

“There is a noticeable gap in the disbursement of talent, leading to talent surplus in these areas and talent shortage in many other cities around the world,” the company said in a statement issued to VentureBeat. “Jobbatical is helping cities like Lisbon, Tokyo, and Tallinn build their own innovation hubs by removing geographical bias from hiring decisions and giving talent access to positions in these areas.”

A day before Jobbatical’s announcement, Dublin-based Jobbio announced a $15 million round of funding, which followed its $5.6 million cash injection 12 months earlier. Jobbio’s platform helps companies and job hunters showcase their respective selling points to each other. And earlier this week, New York-based Jopwell raised $7.5 million for its diversity-focused hiring platform, while Cambridge, Massachusetts-based Jobcase grabbed $7 million in VC cash for a social recruitment platform that connects companies with talent locally and nationally.

It’s also worth noting here that Google announced the beta release of a cloud job discovery service that uses AI to help companies connect job vacancies with the right candidates.

Over the past month, Pymetrics, a company that uses AI and neuroscience games to match people with the best job, raised $8 million; ExecThread secured $6.5 million for its premium job-sharing network for executives; and Ideal raised $3 million to grow its AI-driven recruiting platform that’s targeting the “inefficient high-volume hiring process.”

A quick peek over the past 18 months reveals a similar pattern. Shiftgig, which connects employers with short-term workers, raised $20 million, while Europe’s Job Today nabbed $20 million to bring its 24-hour recruitment platform to the U.S.; Hired, a platform that lets companies apply to hire workers, closed a $70 million round; and Spain’s Jobandtalent drew in $42 million to match job seekers with vacancies using algorithms.

Put simply, hiring marketplaces are attracting big bucks as they prepare to tackle this anticipated future worker shortage and “supply and demand” mismatch.

“We have entered an era where people will not only be changing jobs more often, but, according to some forecasts, they will be changing their industry and roles three, four, or five times during their career,” noted Jobbatical CEO and cofounder Karoli Hindriks. “In this era, every company must work harder to attract talent, and they have to work closely with cities in order to succeed. Online talent platforms have the potential to increase global employment with 72 million full-time-equivalent positions in the next eight years and tackle the anticipated global workforce crisis set to put $10 trillion at risk in the world economy by 2030.”

With Amazon seemingly on a mission to hire just about every available human, the tech giant recently announced that it’s building a $5 billion secondary North American HQ, nicknamed “HQ2.” This news has sparked a clamor from cities vying for the jobs the arrival of such a colossal hiring machine would generate. “Amazon HQ2 will bring billions of dollars in up-front and ongoing investments, and tens of thousands of high-paying jobs,” founder and CEO Jeff Bezos promised at the time of the announcement.

Yes, the impact of jobs on local economies and communities should not be underestimated. Jobs are vital not just to the individual, but to society as a whole, which is why so much money is being put into startups and platforms that promise to avert the anticipated workforce crisis.

“The fact that recruiting is becoming such a hot industry goes to show that where people decide to live and work will define the success or the failure of local economies,” added Hindriks.

20 Ways to Boost Your Energy at Work (Infographic)

Pitching to investors? Here's a sample pitch deck to get you star...