A Crash Course on Funding Your Startup with Convertible Notes

The increasing use of “convertible notes” by startups and early-stage investors reflects efforts to make fundraising during seed rounds less cumbersome. 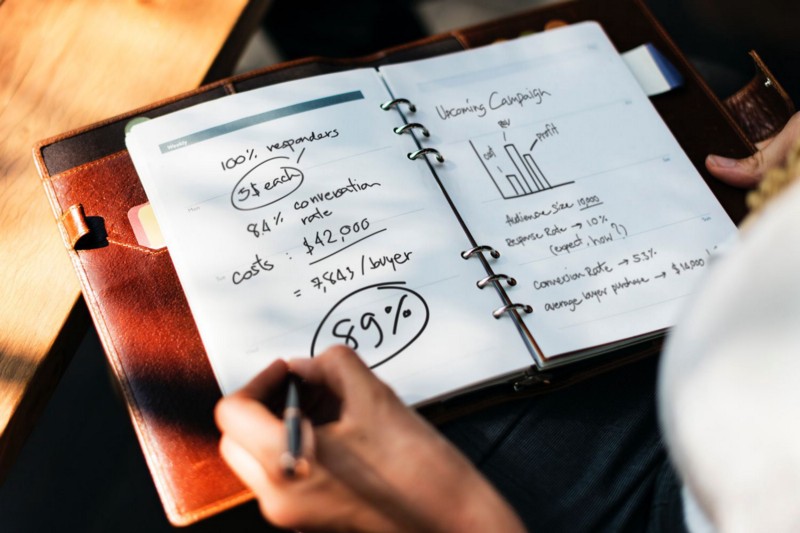 Although more and more founders are bootstrapping (i.e., self-funding) their startups these days, many 21st century startups still proceed through one or more rounds of external funding.

Successfully raising money during the very first phase of funding — known as the “seed” round — can be quite difficult for early-stage businesses.

The increasing use of “convertible notes” by startups and early-stage investors reflects efforts to make fundraising during seed rounds less cumbersome.

This article will present a “crash course” on the purpose, value, and utility of convertible notes and I’ll share some real world examples of how some of our most successful startups at Appster used them to their advantage.

What Is a Convertible Note?

In order to accurately explain what a convertible note is we must first address the essential circumstances that give rise to their demand in the first place.

Startups often experience difficulties trying to raise adequate sums of money from investors during the first round of fundraising (i.e., the “seed” round).

There are various reasons why this is so but most important for our purposes here is the fact that it’s usually quite challenging for a startup and potential investors to accurately devise a “valuation” — i.e., an estimation of a company’s worth — that makes sense.

Indeed, how does one justifiably decide upon a valuation if a startup comprises, for instance, two founders and a solid prototype rather than three founders and a convincing pitch deck or one founder and several hundred pre-orders for a forthcoming product?

It seems clear that there’s no objective way to perform these calculations at a time when a startup has yet to collect adequate metrics.

Convertible notes function so as to allow early-stage startups and seed round investors to “sidestep” the need to determine a company’s valuation until a later time when the company accumulates more operational experience, thus making more data available for analysis (source).

How does a convertible note do this?

Mike Norman over at WeFunder offers a helpful explanation:

“When an investor invests through a convertible note, the startup receives the money right away, but the number of shares he/she is entitled to is determined during the startup’s next round of financing, or Series A.

At that point the company will have acquired some operating history that more experienced angel investors or venture capitalists can review in order to determine a fair price.

Once the Series A investors have determined a price, the seed stage investor’s loan converts into shares at a discount to the Series A price to reward him/her for the additional risk he/she took on by investing early.”

Let’s break this description down and explicate it in a bit more detail.

Here’s an example of how this might work in practice:

A convertible note agreement often includes some or all of the following parameters:

Convertible Note with a Discount

Seed investors who use convertible notes to invest in early-stage startups are often rewarded to a greater extent than are venture capitalists who invest during later stages of funding,

Because the more “green” a company is, i.e., the less mature it is in terms of its traction and growth, the less certain it is that the business will one day become successful and the less obvious it is how much the business is actually worth at the time of the earliest investments.

More uncertainty equals more risk, which itself should equal more reward for investors when that risk pays off.

This is the rationale behind the use of discounts in convertible notes.

“A discount in a note sets a percentage reduction at which the convertible note will convert relative to the next qualified priced round.

Effectively this permits an investor to convert the principal amount of their loan (plus any accrued interest) into shares of stock at a discount to the purchase price paid by investors in that round.

In other words, the discount permits seed stage investors to buy shares of the company at a cheaper price during the next round of funding as compared to what VCs will pay during that same funding phase.

Convertible Note with a Cap

Conversion caps represent another mechanism through which seed stage investors can benefit from their risky investments.

Essentially, a conversion cap is intended to create a ceiling on the note’s conversion price.

Why would an investor want such a ceiling?

Because he/she might be concerned that he/she won’t be adequately rewarded if the Series A results in a drastically higher valuation than originally expected, thus diluting the investor’s shares.

WeFunder explains this concept by demonstrating how an early investor can earn twice as many shares as a VC:

“The valuation cap sets the maximum price that a loan will convert into equity.

To translate that into a share price, you divide the valuation cap by the Series A valuation.

Let’s say you invest in a startup using a note with a $3 million cap. If the Series A investors decide that the company is worth $6 million dollars and pay $1/share, your note will convert into equity AS IF the price had actually been $3 million.

By dividing $6 million by $3 million we get an effective price $.50/share. That means that you will get twice as many shares as the Series A investors for the same price.”

A crucial point to keep in mind when it comes to the use of convertible note discounts and caps is that rather than both rewards being applied simultaneously, the specific reward that produces the greatest benefit for the investor will always be used (source).

For instance, if a seed stage investor is permitted to purchase shares at $0.75 per share based on the discounted rate of his/her note but would have to pay $0.90 per share in accordance with his/her valuation cap then the former would be applied rather than the latter.

China may ban Bitcoin trading, but the market doesn't seem to car...

How to Figure out Which Business to Go into Today

The first of China’s top bitcoin exchanges has announced it will sus...

The most ― and least ― stressed cities in the world