One day after China’s decision to ban ICOs pending an investigation, Hong Kong — the country that is a special administrative region of China — has voiced concern at the growth of ICO fundraising 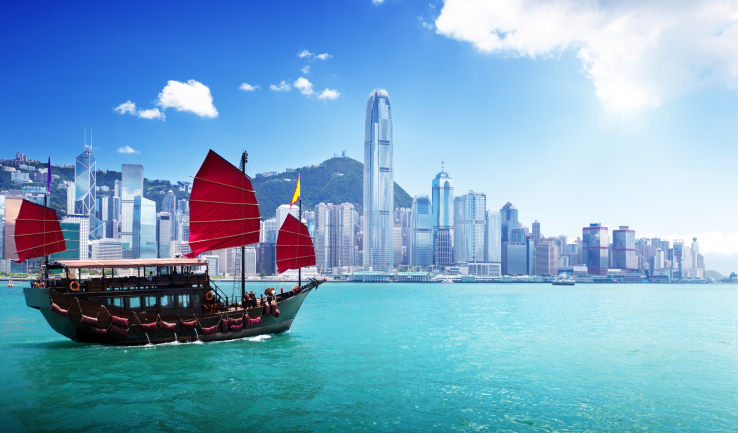 One day after China’s decision to ban ICOs pending an investigation, Hong Kong — the country that is a special administrative region of China — has voiced concern at the growth of ICO fundraising.

ICOs, which involve the sale of newly issued crypto coins to raise money, are said to have brought in $1.6 billion in funding for companies so far this year, according to crypto industry website CoinDesk’s analytics. A recent Goldman Sachs report estimated that more money was raised in the first half of 2017 by ICOs than early stage VC firms.

Despite some promising projects, there is widespread concern around the accountability of all ICO projects and the potential for scams, money laundering and other illicit activity.

“We are concerned about an increase in the use of ICOs to raise funds in Hong Kong and elsewhere. Those involved in an ICO need to be aware that some ICO structures may be subject to Hong Kong securities laws,” Julia Leung of Hong Kong’s Securities and Futures Commission (SFC) said in a statement.

While Leung and her colleagues may be concerned, the SFC — which regulates Hong Kong’s securities and futures markets — isn’t dropping the hammer as China’s central bank did with its decision to immediately suspend ICOs and investigate around 60 companies that facilitate them.

Instead, the Hong Kong-based body has warned those who take part in ICOs, which are also known as token sales, that they may be in breach of laws if what they sell is a security. Whether ICO tokens are a security is a million billion dollar question in itself. The SEC in the U.S. and Singapore’s MAS are among other regulators to have warned those involved in ICOs of securities laws which they may be violating.

The SFC also clarified that the regulations don’t simply apply to Hong Kong-based companies holding ICOs, but any entity worldwide that sells tokens to individuals based in Hong Kong.

Regulatory concern has already prompted many companies to exclude citizens based in the U.S. and Singapore from token sales, and concerns from today’s memo may lead to others that are contemplating an ICO to add Hong Kong to that exclusion list.

That’s significant because not only is Hong Kong a major global financial hub, but it retains considerable business links with China, particularly around investment. You’d imagine, then, that today’s statement was triggered by yesterday’s China ban.

Korea is another worry for ICO companies after its financial regulator issued a crackdown that was also announced this week.

Here’s the full statement from the SFC:

The Securities and Futures Commission (SFC) today issued a statement on existing regulations which could be applicable to initial coin offerings (ICOs).

Today’s statement explains that depending on the facts and circumstances of an ICO, digital tokens that are offered or sold may be “securities” as defined in the Securities and Futures Ordinance, and accordingly subject to the securities laws of Hong Kong.

ICOs typically involve the issuance of digital tokens, created and disseminated using distributed ledger or blockchain technology. Whilst digital tokens offered in typical ICOs are usually characterised as a “virtual commodity”, the SFC has observed that certain ICOs have terms and features that may mean that the digital tokens are “securities”.

Where the digital tokens involved in an ICO fall under the definition of “securities”, dealing in or advising on such digital tokens, or managing or marketing a fund investing in them, may constitute a regulated activity. Parties engaging in a regulated activity targeting the Hong Kong public are required to be licensed by or registered with the SFC, irrespective of where they are located.

“We are concerned about an increase in the use of ICOs to raise funds in Hong Kong and elsewhere,” said Ms Julia Leung, the SFC’s Executive Director of Intermediaries. “Those involved in an ICO need to be aware that some ICO structures may be subject to Hong Kong securities laws.”

The SFC urges investors to be mindful of potential scams as well as the investment risks involved in ICOs. As ICOs operate online and may not have a presence in Hong Kong, investors may be exposed to heightened risks of fraud.

How to Choose A Tech Stack for Your Startup

Want to be an entrepreneur? Leave politeness at the door