Entrepreneurs in Southeast Asia are at the forefront of creativity, technology, and development. 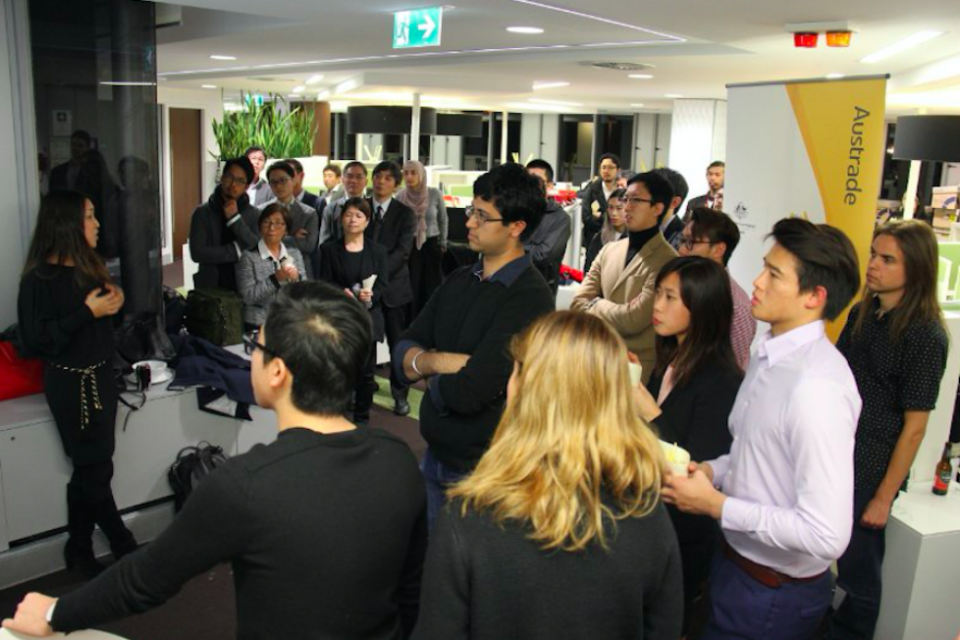 I have long been fascinated by entrepreneurship as a global megatrend. In the last 12 months alone, my curiosity of entrepreneurship has taken me to India, China, and Southeast Asia. A few weeks ago I found myself on a roadshow in Singapore, Jakarta and Kuala Lumpur.

Much like my experiences in India and China, I was greeted by a thriving ecosystem that Australia has the opportunity to learn a great deal from. Entrepreneurs in Southeast Asia are at the forefront of creativity, technology, and development. While in Singapore, I met an entrepreneur who is creating digital platforms to share stories of human movements in response to global policy changes. In Malaysia, I was introduced to a marketplace business that connects rural farmers with urban consumers. In Indonesia, I visited an accelerator that works with early stage social enterprises across Southeast Asia.

Meeting key players across incubators, accelerators, co-working spaces, venture capital, and philanthropy gave me a snapshot of an ecosystem that is impossible to understand in only a few days. But when I visited tech start-up hub MaGIC Malaysia in Cyberjaya, where to book a boardroom requires a pen and paper on the back of a door to increase people-to-people communication, it got me thinking about other lessons that Australian entrepreneurs might learn from our regional neighbourhood.

It seems obvious, but Australians need to get on a plane and hit the ground. Nigel Hembrow, an Australian expatriate living in Jakarta, says that showing up in the country is the only way to be taken seriously, plus, it is a lot of fun! Over the last few years, I have noticed Australian entrepreneurs increasingly looking to Asian markets. As a country of 24 million, Australian entrepreneurs dream of a market size like Indonesia. Hembrow believes Indonesia is a great gateway country to Southeast Asia, which is unsurprising, given the geographical proximity as one of our closest neighbours. Despite how close we are, it is alarming that fewer Australian’s learn Indonesian in school now than 40 years ago. In fact, my mother holds a bachelor’s degree in Bahasa Indonesia — yet I know just a few words! Showing up in the country works both ways when learning from each other. The week after I met Rafique Mokhtar at MaGIC Cyberjaya, I hosted him and a colleague in Melbourne for a dinner with eight entrepreneurs from our ecosystem. This willingness to travel and learning is embedded in the Southeast Asian entrepreneurs’ mindset.

During my most recent trip to Southeast Asia, I ate fish stomach soup for breakfast and cow brains for lunch. Embracing the opportunity to build relationships over Chinese Malay or Padang Indonesian food shows you are genuine about spending time in the region. As a child of the 1980s, born and raised 400 kilometres away from the most isolated capital city in the world, believe me when I say these experiences will enrich your life in unimaginable ways. It will also make doing business much easier than if you resist the local culture. Make sure you spend quality time listening and learning from your host and don’t be embarrassed to ask about customs and norms. People mostly want to share their culture with you. And this is where language can help, take the time to learn a few words and don’t be shy to get it wrong. In both Jakarta and Kuala Lumpur, the language is very similar. Simply learning to say thank you, ‘terima kasih, or, ‘ma kasih’ as the locals say, can break down the cultural barriers and lighten the mood.

What struck me when meeting people in the three countries, was how interconnected the ecosystem is. In Australia, we tend to think of the Australian start-up ecosystem in isolation. We don’t tend to think about our ecosystem in the context of neighbouring countries and what opportunities that might present. In contrast, the Southeast Asian mindset is between neighbouring countries, not within them. There is a web of entrepreneurial networks across Southeast Asia that support each other. In fact, I met one social entrepreneur from Jakarta who maintains a home in Singapore while travelling between the two cities and beyond. A report by Singaporean venture capital firm, Jungle Ventures, confirmed my observation about the regional network. The report argued that the Southeast Asia start-up ecosystem is homogenous, that young people in urban centres, whether it be Singapore or Jakarta, have a similar mindset and embrace similar technology. Against a backdrop of diversity in the region, Jungle Ventures argues that the start-up ecosystem is not as tricky or complex as it is often perceived to be.

These are just some of the learnings that Australians can take away from my short time in Southeast Asia. I urge Australian entrepreneurs to give themselves the opportunity to explore beyond our local ecosystem. Whether you are travelling to India, China, or a country in South East Asia, the Best Exotic Marigold Hotel quote sums up my approach to getting the most out of the experience; ‘Gradually, you will realise it like a wave. Resist and you will be knocked over. Dive into it, and you will swim out the other side’.

Is Ethereum the next big thing?