In today’s contemporary world, the latest hype that is going on is the Crpto currency trend. People are confused between Bit coin and Ethereum and they actually do not know which surpasses the other. 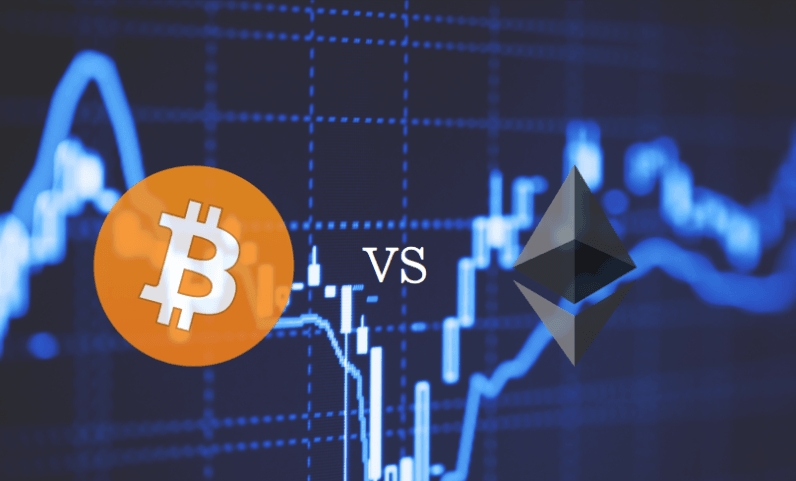 In today’s contemporary world, the latest hype that is going on is the Crpto currency trend. People are confused between Bit coin and Ethereum and they actually do not know which surpasses the other. Though both the ecosystem is trying to do things in their own way, there are definitely some distinctive marks between the two.

The battle of technology

Various people are of impression that Bit coin is better compared to all other currency platforms where they are token or digital asset. Bitcoin is one of the first major crypto currencies and has been around for nearly 9 years now. Ethereum is a very new currency platform that has been launched just a few years ago. Ethereum in comparison to Bitcoin offers some very interesting technological facts. The platform runs on smart contracts, which are a very new revolutionary technology, and it is being heard that this technology would also be part of the Bitcoin platform. Ethereum is technologically smarter while Bitcoin is not as sound and lacks decentralized applications. This makes Ethereum better than Bitcoin. Ethereum is technologically sound .

The number of coins

Since Ethereum is a relatively new platform there is much more availability of coins. Bitcoin in comparison is a lot scarcer. Bitcoin is known to have a coin supply cap of 21 million BTC. Ethereum has around 92 million coins that are being circulated. People usually tend to overlook the fact that it will remain an inflatory currency. People tend to shrug this off and claim that this actually does not matter. Ethereum is the only currency without a fixed maximum supply cap at the moment. Though Bitcoin is better in this regard, the availability and supply of coin is definitely more in Ethereum. This it can be termed as better.

The Ethereum based donation Platform is gaining exposure drastically and it is a great medium for donation and fundraising. This platform helps in gaining maximum exposure through economically incentivized efforts. Grace is one some Ethereum fundraising platform which takes good care of promotions, collecting donations and raising funds at no extra costs and this is what makes charities focus. All non-profit efforts can also be extrapolated and scaled up easily.

The Grace Ethereum platform works on the Advocate Incentive mechanism where the users self interest is mingled with the social interest and provides the most simplest of solutions to complex problems and thus social work is also made culturally stable as well. Grace Ethereum Platform makes donations safe and secure and open so that all customers can see and audit. The platform ensures that money goes to the right hands and there is total elimination of fraud. The Ethereum platform benefits those who need help.

Bitcoin on the other hand is a global, decentralized currency that allows a person sends money to another person without interference from a third party like a bank. You just need a computer to do the transaction. Bitcoin runs on the Block chain technology that is one of the most protective and accurate security systems.

Bitcoin and Ethereum are both helpful. They have both contributed to significant value gain in the last year. If you compare Bitcoin with Ethereum, The percentage of gain is lesser in Bitcoin. Though bit coin was created by before Ethereum, and its value has steadily increased over the last couple of years, Ethereum has also seen a great trigger of value in just some years. The values shot up ahead of Bitcoin and surpassed Bitcoin. Ethreums value has recently picked up over the past year and it is assumed that this is here to stay and would ride steadily and will sustain over the years as well.

The Ethereum is price is linked to the bit coin price. They are mutually dependent and when bit coins price will raise Ethereum will fall and vice versa. When the value of Bitcoin declines, Ethereum value would automatically go up or would see a small gain. These values are usually interrelated and they correct themselves as and when the other does. Since Bitcoin is the older currency platform it is definitely more stable then the two while Ethereum is still trying to stabilize itself, as it is a very new platform. Ethereum also depends on bit coin and its actions as so does the other currency platforms and crypto currency.

Though Bitcoin and Ethereum do not have much of a difference, Ethereum is slowly gaining speed and momentum and both of the currencies are here to stay for good. So which one is actually better?

After all the discussions, Ethereum is better than Bitcoin at the moment as it is

Is Ethereum the next big thing?