Private investors are minting about one new unicorn a week this year, roughly the same pace as 2016. 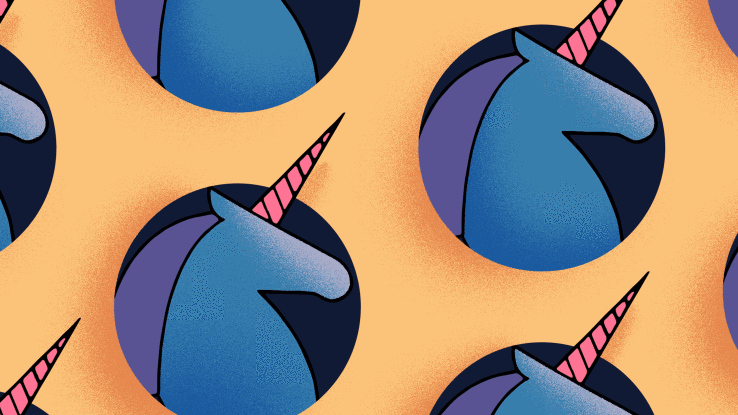 So far, 2017 is shaping up to be a pretty good year for technology unicorns. Private investors are minting about one new unicorn a week this year, roughly the same pace as 2016. More existing unicorns are going public. And for those remaining private, capital continues to flow in while disclosed valuations are mostly holding up.

Overall, at least 24 companies have joined the unicorn club in the first five months of the year, according to the Crunchbase Unicorn Leaderboard, which tracks the universe of private, venture-backed companies valued at $1 billion or more.

This year’s newcomers represent a wide variety of sectors and business models.

Unicorns based on geography are less varied. The overwhelming majority of new entrants to the billion-dollar-valuation list hail from either the United States or China. In the U.S., there were 13 new unicorns, while China produced at least eight so far this year. India and the U.K. each had one.

Historically, the lion’s share of unicorns have been U.S.- or China-based, so 2017 doesn’t represent a notable deviation from the norm. Out of 231 companies on the unicorn board, 121 are headquartered in the U.S. and 66 are based in China.

While newcomers are joining the unicorn board, longstanding members are going public or selling to acquirers. IPOs, in particular, are up, with the sums raised far exceeding 2016 levels.

So far this year, at least five companies on the unicorn board have gone public: Snap, Cloudera, Okta, MuleSoft and China Rapid Finance. By comparison, there were five unicorn IPOs in all of 2016.

The biggest year-over-year rise, however, is in the amount of capital raised through unicorn IPOs. This is primarily due to a single company, Snap, which carried out the largest tech offering in years with its March market debut. Snap’s offering alone included a sale of $3.4 billion in shares, more than all the 2016 unicorn IPOs combined. And while Snap shares are down from their initial post-IPO price, the company still has a hefty $25 billion valuation.

Two of this year’s enterprise software unicorn IPOs, Okta and MuleSoft, also performed well, with both trading above their last private market valuations. Data analytics provider Alteryx, a near-unicorn, also did well in its IPO.

Yet not all newly public companies maintained or exceeded their prior private market valuations. Enterprise software provider Cloudera priced shares for its May offering at about half the value they commanded in a funding round led by Intel three years earlier. (Cloudera has been a strong post-IPO performer, however, with shares up about 50 percent from the IPO price and a valuation around $2.9 billion.) Another one-time unicorn, loan provider China Rapid Finance, remains well below the $1 billion threshold after its April IPO.

We’ve also seen some acquisitions. AppDynamics, which sold to Cisco for $3.7 billion, was by far the biggest. Next came Souq, the Middle Eastern online retailer, which sold to Amazon for $650 million — well below its peak private valuation.

Up and down valuations

Along with the 24 new unicorns, companies already on the list were significantly more likely to have a reported increase in valuation than a decline when raising funding. China’s Didi Chuxing showed the largest rise with a $44.5 billion pre-money valuation in 2017, up from $33.6 billion in 2016.

The two notable exceptions are two India-based unicorns, Flipkart and Ola. Flipkart, the leading online retailer, last raised in 2015 at $14.3 pre-money, is down to $10.2 pre-money in its latest round. Ola, the ride-hailing app, is also down from $4.5 billion pre-money to $3.2 billion in its more recent 2017 round.

Overall, 2017 funding trends offer some fodder for both unicorn bulls and those who have warned of overvaluation. In some cases, acquirers and public markets are insisting on a discount from prior private valuations.

However, it’s also clear that private and public market investors continue to support high and rising values for category leaders and other favored companies.

Should you trade and do business during Asia’s ghost months?