Why Entrepreneurs Should Question Everything and Everyone, Even the Experts

Shireen Yates, the CEO and co-founder of Nima, attributes her startup's success to her willingness to ask why until it all makes sense. 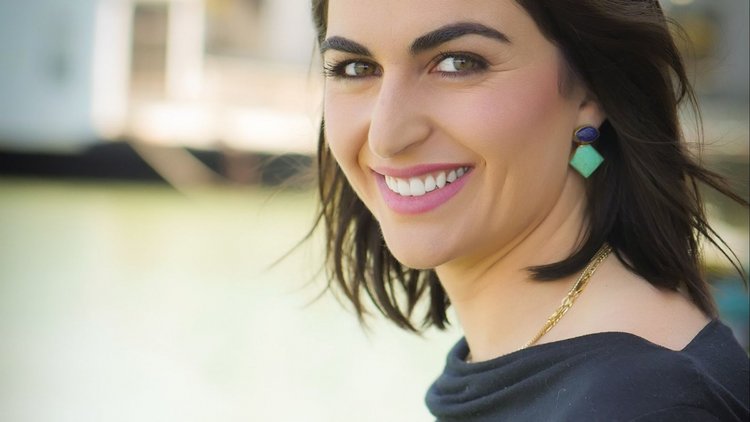 So much of the work that goes into building relationships -- friends, mentors, business partners -- takes place around a dining table. Trying to make a first impression is stressful enough, but for many people with food allergies and sensitivities there is another layer of fear there: waiting to see if something wrong might land on their plate, even if they ask all the right questions. How can you truly be yourself if you’re worried about your health?

Shireen Yates understands these kinds of concerns firsthand as someone who deals with dietary restrictions and food sensitivities -- and they drove her to launch Nima. The tech company, which she co-founded with MIT classmate Scott Sundvor in 2013, is the maker of a portable sensor that detects allergens in food. They have successfully brought a test for gluten to market and are currently at work on ones for peanut, tree nut and dairy allergens.

It required a lot of carefully calibrated science and experimentation to get to a safe and effective final product. Upon launching the business, while Yates knew how to reach potential customers thanks to her experience in online sales, having worked for big companies such as Google and Facebook -- science wasn’t her area. But she didn’t let that prevent her from being involved in the development of the sensor from day one.

“I don't have a background in chemical engineering or product development. I always found myself as a champion of the user and the voice of the user,” Yates says. “But even in that case, it was really giving all the range to our lead scientist. I said, 'This is what the consumers need.' And she just ran with it and was able to deliver on the product specs that we needed from the science side.”

Being a first-time CEO and founder is never easy, but for anyone who is about to become their own boss, she has just one piece of advice: don’t be afraid to question everything. “Just keep asking why until you're satisfied, and [don’t be] easily satisfied,” Yates says. “There will be so many obstacles along the way. There are going to be people that you think are just the absolute experts in something. They might say, 'No, it's impossible,' or 'You can't do it.' But you just have to keep asking why until it makes sense to you.”

Entrepreneur spoke with Yates to get more insights about why experiencing your worst case scenario can actually give you more power on the other side and the importance of advocating on behalf of the people around you.

Since the launch of the company, how have you grown and changed as a leader?

When you start out and launch a company, usually it's yourself and your co-founder or a very small team. And then you grow your team, and suddenly those things that you were doing before, you [now] have fantastic people to do them. And it's figuring out how to remove yourself and empower the people that are on your team, rather than you just doing everything. That's a tough transition and it was one of the challenges and growth areas for me as a leader. I grew by being able to set a direction but really empower the team to feel like they have full ownership in achieving the objectives and moving things forward.

[One example of this was] when we were first setting the first sales and marketing strategy. My own experience is in online advertising and I had originally set up a campaign and jumped in. Then when we hired our head of marketing, it was really just taking a step back and [recognizing] this might not even be the right thing to do. Having that shift really produced some better strategies, where we're marketing in places that I didn't anticipate when we first even conceived of the idea.

It's recognizing that you as a leader can be limited by your own experience and that's why hiring is so important. It's that you bring people that have a certain set of experiences that can even allow you to broaden your perspective. But you have to give them the range and you have to let them run with it.

When was a time in your career that you made a mistake? How did you move forward from it?

Back when I was in online sales, I was launching a program to [reach] smaller, medium sized businesses. I got really excited about the idea. I launched it and the program went well, in the sense that we got a lot of customers on board and I got a training program in place, but the mistake [I made] was moving a little too quickly and not thinking through things all the way through. A good job could be a great job if you spend a little more time thinking through the whole process.

So in this particular case, could we have scaled even bigger? Yes. The lesson for me was fighting that excitement to move as quickly as possible and really taking the time up front. It might not allow you to move as quickly out of the gate, but it allows you to think through all the points.

Of course as an entrepreneur, if you think through too much, you might never launch. You're always going to be thinking about the things that could potentially go wrong. But it was just that feedback on preparing and being a little more strategic [that stayed with me].

What is a piece of advice that a mentor gave you that you still use today?

It's simple but I do think about it a lot. It was early on in my career and I had a great mentor who was always so focused on just being an advocate for all the people that he managed.

The advice was, you [will] always have an objective you want to get done, but you always have to do it collaboratively and leaning on everyone you work with. Think about what other people's objectives are, really put yourself in other people's shoes as you enter any discussion or any presentation. Understand what they care most about, rather than [only] trying to drive forth what you care most about.

That leads to really productive and honest conversations … [This] made me a smarter entrepreneur as well [because it allows me to] distill down to what matters most. Sometimes the answer is not obvious.

Can you talk about a moment in your career that you had to advocate for yourself? How did you approach it?

One time in my career I asked for a raise. It was frankly a very, very stressful discussion and I would not have had [it] had I not had a champion. It was a colleague at work [who encouraged me]. She was on my level, but she was just absolutely adamant that I should have this discussion and the work I was doing should warrant it. I remember actually feeling sick to my stomach before having the discussion. I was very vulnerable and there was a lot of self-doubt at that point in my career.

I was young in my career and I could think of a million reasons as to why I shouldn't get a raise rather than focusing on the ones that [proved] I should. And ultimately I didn't get it. But that was the worst case scenario of the discussion. And once you've imagined the worst case scenario, it's really empowering. I didn't have that issue after that [experience] and was a little more forthcoming.

Should you trade and do business during Asia’s ghost months?

Startups can write the next chapter of Singapore's growth