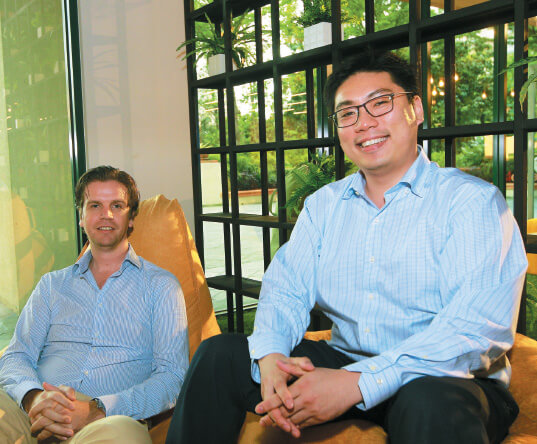 Sunway Ventures, the venture capital arm of Sunway Group, is providing seed funding for start-ups that provide online-to-offline (O2O) solutions. Its entrepreneur-in-residence Chua Seng Teong, who is a venture capitalist and an entrepreneur, sees potential in the O2O business model in the light of the e-commerce trend.

This model could add value to the landscape as bricks-and-mortar stores gradually lose out to online marketplaces like Lazada and Zalora. Meanwhile, many players have emerged on the scene, including fashion-focused online stores Fashion Valet and ChristyNg.com

Chua says PopBox, one of Sunway Ventures’ investee companies in Indonesia, is a good example of how O2O solutions can benefit from the changing business landscape. The start-up sets up lockers in high-traffic venues in specific areas for online marketplaces to deliver products to.

Customers who live in that area can go there, open the locker using a special code and collect their products. They can also return any defective products via these lockers and receive a replacement.

“The service provides convenience to all parties. The online marketplaces are able to send goods to a single point, which simplifies their delivery process, while customers, who are not at home most of the time, can just walk to the locker and collect their stuff in their own time. Logistics companies are also able to save costs as they do not need to travel several times to the same place just to deliver goods to recipients who were previously not at home,” says Chua.

It is obvious that PopBox had thought through the process, including the problems with delivery today, which is why online marketplaces and logistics companies are willing to work with it. “Part of the savings translates into PopBox’s revenue. On top of that, they can partner other market players such as Grab to advertise their services on the lockers. This creates multiple revenue streams for the start-up,” says Chua.

It is also important that the start-up’s business has synergies with Sunway Group’s existing businesses, he adds. In the case of PopBox, it provides a new layer of convenience to residents of Sunway City. It also drives traffic to areas that were previously not activated.

“For instance, it drives people to nearby cafés when it sets up one of its lockers. There is a spillover effect,” says Chua.

Sunway Ventures is also looking to invest in start-ups related to financial technology (fintech) and blockchain. “Bitcoin has recently become a trend. But the blockchain technology that enables bitcoin is what excites me. There are plenty of potential blockchain technology applications that can cut costs for corporates and make things more efficient,” says Chua.

“To put it simply, blockchain is a distributed ledger that can be used to record things and it cannot be tampered with. You can do a lot of things with it, from passing on housing titles to the [recording of data and operations on the] logistics side to make payments and more. All these can be done automatically and more efficiently by utilising the distributed ledger. We are actively looking into this area.”

He adds that while blockchain technology is becoming a big thing globally, only a few local companies are looking into it because it is difficult to understand.

Chua says start-ups that are interested in approaching him should understand that Sunway Ventures is a corporate venture capitalist, thus it operates differently from conventional venture capitalists. This means it looks at different criteria before making an investment decision.

First, the start-up has to make real business sense and have a clear revenue path in place. This compares with some of the wild ideas out there that burn tons of money but with no guarantee of returns.

“You have to know what your cost is, how much you need to spend to acquire new customers and how much you can earn. A lot of the time, start-ups burn money to grow revenue. But what if the situation changes and you have to survive on your current customers. Can you?” says Chua.

Many start-ups out there are not realistic in their expectations and have no idea how to answer these questions.

Chua is looking for start-ups that are relatively small because it provides more room and flexibility for the venture capital arm to nurture and mould them. “We prefer that they are not in the later stages so it is easier for us to plug in our resources, such as our customers and suppliers. By doing this, we will be making smart money.”

Also, the valuations have to be reasonable. “Sometimes they come in with unrealistic sky-high valuations,” says Chua.

The founders are also important. He is looking for founders who are humble and rational as this will make for a better relationship and allow them to work together more easily.

“There is a lot of ego in the start-up world. Sometimes, the founders think they are greater than the corporates and come in with crazy valuations. It is actually very hard to find someone humble and rational,” says Chua.

He adds that humility is important as it will allow the founders to integrate better with the rest of Sunway Group. “We are different from some of the other corporates. If you are right on top and you know the Cheah family well, you will see that they are very humble people. And it trickles down. We are not flashy and we do things based on real business. Thus, we prefer founders with a similar attitude so we can communicate.”

Chua likes experienced founders, even if they have failed a few times before. For him, failure is not a stigma but a badge of honour. Having experienced failure, the founders would better understand the challenges involved in building a company. “At least, they will appreciate how hard it is to build a start-up, not to mention the resources we are able to provide,” he says.

Once Sunway Ventures puts its money in a start-up, it looks at investing long term and growing it into a regional business, which makes it different from conventional venture capitalists. “Our mandate is to invest and grow start-ups that have potential and synergy with us and we invest in the long term. We are not looking at unicorns like most conventional venture capitalists,” says Chua.

Being a master community developer, Sunway Group is on its way to building a start-up and venture capital community in the heart of Sunway City.

Last month, the group launched its Innovation Labs (iLabs) at Sunway University to inculcate entrepreneurship among its university students. It aims to link the 30,000 students with venture capitalists and start-up entrepreneurs who can inspire them, become their mentors and provide them with guidance to use their creativity to solve real-world problems.

iLabs will be led by Matthijs Geert-Jan van Leeuwen, director of innovation and commercialisation at Sunway University, and members of the Malaysian Business Angels Network (MBAN) will be involved in its activities. “We have signed a memorandum of understanding with MBAN and some of its council members will work with us,” says Van Leeuwen, adding that Sunway Group itself has a lot of expertise to be tapped.

Van Leeuwen, who is an entrepreneur, investor and MBAN council member, says iLabs aims to hold several hackathons in the future. This is to harness the creativity of the students and develop their best ideas.

“If the ideas are good, the students could embark on their own start-up journey funded by Sunway Ventures or other venture capitalists. Sunway Group could also acquire these start-ups if they have more potential,” says Van Leeuwen.

While some of these hackathons will only be held for Sunway University students, there will be some competitions open to the public. “We believe there are good ideas beyond the university,” says Van Leeuwen.

He believes that university students have huge potential to solve real-world problems faced by corporates. The key, however, is to identify them.

“You would be surprised. There are a lot of super creative and really smart students. And we have students from science, technology and art and business schools. It is a matter of how we can put these bright minds together to solve these problems,” says Van Leeuwen.

“University students usually lack business experience and acumen. Most of the time, they are unable to fully grasp the real problems they are trying to solve. This is where angel investors and entrepreneurs come in. These people can give them real-world experience and enable their ideas to be implemented in the market.”