Entrepreneurs and venture capitalists are faced with this question all the time, and the only right answer — it depends — is also the least satisfying. 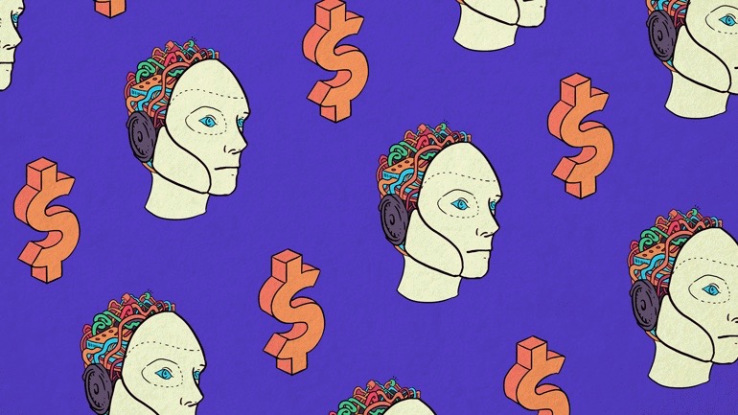 “How much money does it take to get a startup off the ground?”

Entrepreneurs and venture capitalists are faced with this question all the time, and the only right answer — it depends — is also the least satisfying. For any particular startup to succeed, it might take a lot of outside funding or very little. It’s contingent on the business a team is trying to build.

There are plenty of companies that get off the ground with no outside money. Take Chicago-based Outcome Health. Up until May 2017, it hadn’t raised outside funding since its inception in 2006 (then under the name Context Media). Its $500 million “Series A” round earlier this year — which was led by Goldman Sachs, and saw participation from Alphabet’s CapitalG, Pritzker Group Venture Capital and Prudence Holdings — valued that company at $5 billion.

Basecamp, formerly known as 37Signals, is yet another startup that started out free of outside funding. Founded in 1999, the collaboration platform provider was bootstrapped through 2006. It then took a modest $6 million in funding from Jeff Bezos using a nontraditional deal structure. At its last private funding round, which totaled a whopping $1.00 (that’s right, one dollar) in 2015, CEO Jason Fried announced the company was valued at $100 billion — albeit with his tongue very firmly planted in his cheek.

But, for most technology startups, raising outside funding is a necessary step in the process of building a viable business. And if it’s assumed that a company will raise outside capital, does how much money a startup raises affect its future fundraising prospects, and, if so, when does that matter?

Optimal amount of money to maximize chance of raising Series A

To reiterate a point we’ve made often: The life of most startup companies is, to borrow the sixteenth-century philosopher Thomas Hobbes’s phrasing, “solitary, poor, nasty, brutish and short.” Only a small number of startups successfully raise any initial funding from seed and angel investors. And besides, even with a bit of seed or angel funding, reasons for failure still abound.

Of course, there are many factors that contribute to making it through the Series A fundraising process. So is how much money one raises in a pre-Series A round one of those factors? Perhaps.

To answer the question, we started with funding data from Crunchbase for more than 5,800 U.S.-based companies that raised pre-Series A rounds between 2003 and 2012. (See our methodology note at the bottom of this article to learn more about what data we used.) We then placed these companies in different data “buckets” depending on the size of their pre-Series A rounds, and finally found the percentage of companies in each bin that successfully raised a Series A round. The visualization of the results can be found below.

Between $0 raised and somewhere in the $2.00-$2.50 million range, each half-million dollar chunk of pre-Series A financing raised resulted in a marginal increase in the likelihood of raising a Series A round, at least for those companies that raised pre-Series A funding between 2003 and 2012. After that $2.5 million mark, there was no marginal benefit to raising more money from Seed, angel and other pre-Series A investors, at least in terms of companies’ chances of raising a B round.

As an aside, the above chart shows the rough distribution of total pre-Series A funding. A surpassing plurality of companies raise between $25,000 — roughly what most accelerator programs invest on the lower end — and half a million dollars. Companies that raise more than $3 million in total pre-Series A funding are relatively few and far between.

If how much money raised in pre-Series A funding is at least correlated — and possibly a direct causal factor — with success in raising a Series A round, does this principle also apply to Series B? Let’s find out.

Optimal amount of money to maximize chance of raising Series B

Typically, seed-stage funding helps founders turn mere projects and ideas into full-time jobs. With a bit of funding, entrepreneurs can dedicate time to building the earliest versions of their products or services, and get some initial traction with their first users.

Series A-stage companies are usually focused on optimizing (or finding) a business model and calibrating their products to better serve existing and potential customers. Series B is typically the stage when the full scope of entrepreneurs’ product visions can be realized and the business starts to scale. With a significant bump in capital comes a budget for talented (and expensive) product and business employees.

But does the amount of money a company raised from angel and seed investors, as well as those participating in the Series A round, affect a startup’s ability to raise Series B financing? Not really.

From the initial set of around 5,800 companies that raised pre-Series A funding, we took the set of almost 1,500 of them that went on to raise Series A rounds. We then performed the same “bucketing” and analysis as before, this time focusing on the sum of all previous equity funding.

In the chart above, we find that the rate of Series B fundraising success remains relatively flat with only slight variations from the average. This indicates that, for one reason or another, the amount of money raised prior to Series B doesn’t have a significant impact, most of the time, on a company’s ability to raise a Series B round. There appears to be a “Goldilocks zone” of total pre-Series B funding between $10 million and $16 million where startups are comparatively more successful at raising Series B rounds. However, the rate at which companies succeed at raising Series B rounds does not increase so dramatically as it does with Series A rounds.

What to take away

Why does more capital help a company have a great chance of raising their A, but the amount of an A round that a firm raises doesn’t impact their B as much?

Think about it like this: If a company raises too little in a pre-Series A or Series A round, founders don’t have enough time to devote to building the first versions of their product or services, and they’d lack the resources needed to experiment with different business models and customer acquisition strategies.

By the time a company is ready to raise a Series B round, questions about what the company is building, how it’s going to make money and who the customers are have, at least somewhat, been answered.

So does it matter how much a company raises? Yes, but it only matters up to a certain point. After that, there’s no real advantage to raising more money, but it certainly doesn’t hurt.

A note about data

We started with a set of funding rounds that meet the following criteria:

Using these criteria, we were able to find well over 10,000 rounds raised by more than 5,800 unique companies in Crunchbase’s data.

Entrepreneurs, You Can't Handle Everything at Your Startup

Calling Yourself an ‘Entrepreneur’ Means Nothing

Are You Really Ready to Start-Up?

The ‘Father of Android’ reveals how his incubator help companies g...