The tech titan says all you need for success is to concentrate on making these three things happen. 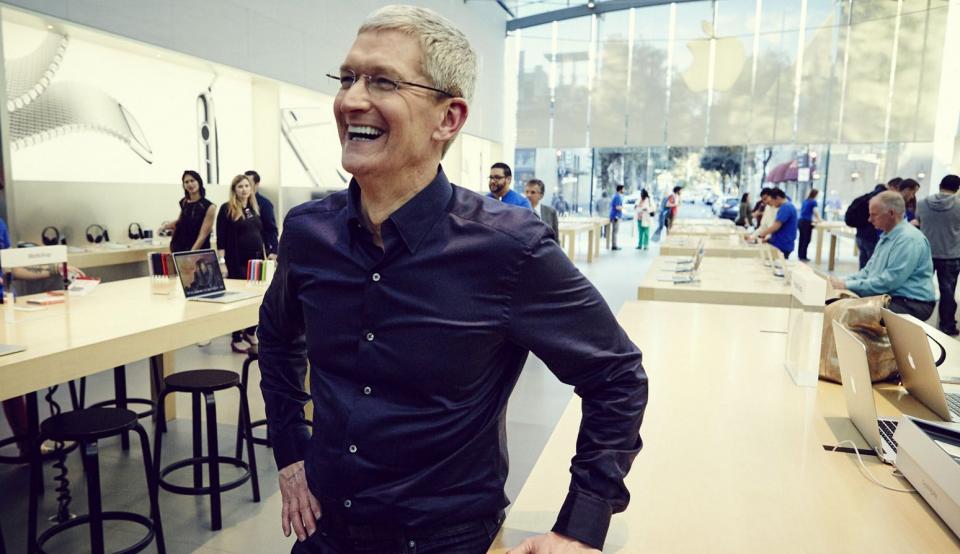 During a tour of India last year, Apple CEO Tim Cook got quite a few things checked off his to-do list, including meeting with Prime Minister Narenda Modi. He also strategically squeezed in an Indian Premier League (IPL) cricket match into his schedule.

Strategically, I say, because Cook foresaw three things to further Apple's brand position in India: 1) Cricket is that country's No. 1 sport. 2) The Indian Premier League's broadcasts of its cricket matches frequently reach millions of viewers. A good number of them fit into Apple's younger demographics. 3) While Apple's global brand is strong, its brand awareness is very low in India. One research estimates nearly half of all Indians are unaware of the iPhone or even know who Apple is.

Knowing this, Cook took to the sidelines of an electrifying Cricket match with a packed house in Uttar Pradesh, and was interviewed by sportscaster Alan Wilkins. Joining Cook was another prominent figure, the chairman of the IPL, Rajeev Shukla.

Wilkins sets the scene by asking about Cook's interest in the beloved game of cricket: "Are we going to get you involved in cricket?"

It gets better. Wilkins follows up with this question, tapping into Cook's own personal recipe for success, having worked and moved up the ranks at Apple since he joined in 1998:

We have a lot of young viewers... if you had three key points for personal success from the chief executive officer from Apple, what would you say to our young viewers?

Do what you love, and put your whole heart into it, and then just have fun.

Lets break that piece of advice down further because, in all its simplicity, it seems almost like an anomaly to the conventional wisdom of sacrifice and hard work.

"Do what you love and put your whole heart into it."

When I left the corporate grind and started coaching clients over a decade ago, I knew deep down that it was something I always wanted to do--to help others succeed and thrive. But I didn't quite know that it would become my purpose then; it naturally evolved into becoming a passionate pursuit that I love.

Your purpose is exactly what you can't help but keep doing. Even if there are low monetary rewards, you would probably do it anyway because of your love for it. When you discover what this is for you, it's the thing that makes you come alive.

Tim Cook understand this deep down. "My advice to all of you is, don't work for money -- it will wear out fast, or you'll never make enough and you will never be happy, one or the other," Cook told The University of Glasgow​ students on February 8, after receiving an honorary degree from the school.

No, he wasn't advocating that students graduate and work for free. He was saying don't make work be about making money, otherwise it becomes your idol. Rather, choose work and a career that aligns with your sense of purpose -- make it a calling. Money, then, serves a greater cause: to make the world a better place.

More from Cook: "You have to find the intersection of doing something you're passionate about and at the same time something that is in the service of other people. I would argue that, if you don't find that intersection, you're not going to be very happy in life."

Putting emphasis on mission, and the whole reason he made the move from Compaq to Apple (he once said, "I listened to my intuition, not the left side of my brain," in relation to meeting Steve Jobs and making a heart-based, not head-based, decision to join Apple's clear mission), he tells Glasgow students,

"Then just have fun."

Work can be so serious and stressful. And while Cook certainly implies letting your hair down at work now and then, and being a regular person (Cook has been known to sit with his employees in the cafeteria during lunch hour), having fun means intentionally seeking an active and balanced life with many interests outside of work.

Cook is an outdoorsman, loves to exercise, and has a keen interest in social justice, sustainability and green energy sources. He's also a die-hard college sports fan (check out his Twitter handle description for his two fave teams). When demoing the Apple Watch upon its release a few years ago, Cook playfully showed how users can get alerts on the device by checking the latest NCAA scores.

Yes, there's more to life than work and productivity, even if your net worth is $400 million (as of May). At a shareholder meeting in 2014, Cook made this ballsy statement to investors: "If you only want me to make things, make decisions that have a clear ROI, then you should get out of the stock."

And finally, don't lose sight of who you truly are. At a recent commencement speech, Cook told the MIT class of 2017, "I found my life got bigger when I stopped caring about what people thought of me."

He urged graduates to use their minds, hands, and heart to build something bigger than themselves, and to never lose sight of their humanity.

The Fintech Entrepreneur's Need for Speed

This Elon Musk Blog Post From 2006 Shows Exactly Why He's So Succ...