Got a great product idea? Don’t build it.

Whether you’ve dreamed up a new digital product, disruptive app or an ingenious startup that will set the world on fire, the following principles will help you save money and avoid some serious pain down the road. 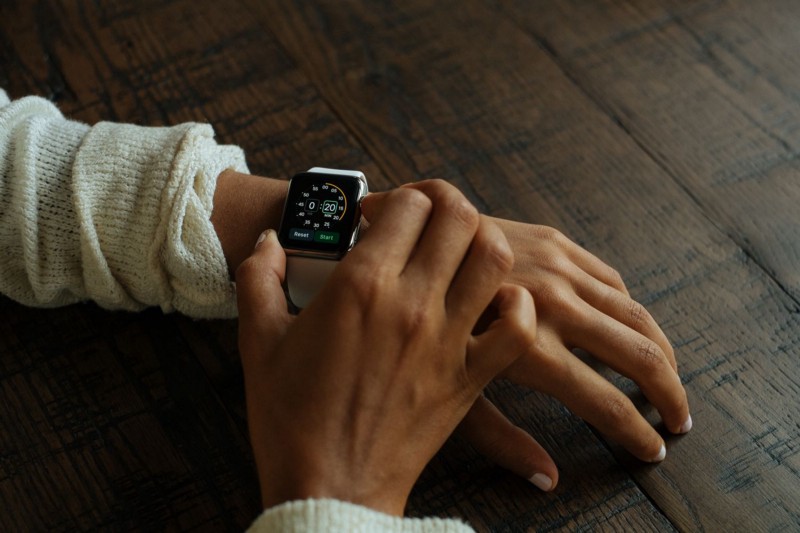 And other uncommon advice from a startup advisor.

By Sam Hoda, Head of Traction Labs at Appster

You know the feeling.

No, you probably shouldn’t have guzzled that extra-large cup of Kenyan at 4 p.m., but that’s not the issue.

So totally psyched about your app idea that you can’t sleep.

Should you get up and make some notes? Yes. By all means. Get it down on paper or on screen, then go back to bed. You can spring into action tomorrow.

When the clock strikes 6 or 7, or whenever you rise and drink your Bulletproof or kale-spinach-spirulina smoothie (or whatever Tim Ferriss is currently doing), I’m begging you to take the following advice.

Whether you’ve dreamed up a new digital product, disruptive app or an ingenious startup that will set the world on fire, the following principles will help you save money and avoid some serious pain down the road.

You: This is my best app idea EVER

That’s right. You’re not hallucinating from all the grass-fed butter, either. I mean, don’t run to an app developer and start building right away. You’re not ready — and here’s why.

Ideas usually spring from a problem. You’ve experienced some type of friction of frustration, and you have a smart way to fix it. What’s next?

Well, you think to yourself, I can build a website or a mobile app, or create some sort of technology-based solution. It sounds logical, but you’ve only defined the problem for yourself, not for a bigger audience.

It’s easy to think that if you’re annoyed by something, then everyone else must be, too. But people are unique. The daily irritant that grinds your gears might be a non-issue for others. You just don’t know.

Self-design is a trap that lures in hundreds of thousands of entrepreneurs every year. It’s an expensive one, too. Considering that you’ll pay a developer anywhere from $25–30 an hour, up to $200 or $300 for top-level talent, jumping straight to code is never a good idea. Instead, it’s time to do your research.

Talking to the people who you think will want, need and love your product is essential — especially in the early days. The key is to find those people who almost perfectly match your chalk outline.

For example, if you’re building an iPhone app for kids, talking to “parents” isn’t good enough.

You need to target parents with two children or more who live in Brooklyn and attend a charter school less than 10 blocks from their home. You need to hone in on that niche. I know it won’t be a walk in Prospect Park to find those parents, but here’s the good news:

I first learned about this number from Ash Maurya, and I’ve watched it play out in my work at Appster, too.

When you start chatting with your narrowly-targeted audience and asking questions, the learning curve for those first six conversations is steep. You discover a lot, very quickly. The surprises begin to flatten after seven casual interviews and they hit a full plateau by 12. It happens time and time again.

Now, this doesn’t mean you won’t talk to more people about your potential Android app — or survey larger groups — at other points in your product dev cycle, but 12 is perfect for your initial information gathering. Statistical significance is just not a factor for qualitative, early-stage research.

Good design is in the details

I studied electrical engineering in university, but I also took a painting class. Why? That’s another story for another time. All you need to know is that I was not a naturally gifted painter.

After I completed a series that was, by all accounts, pretty crappy, there was one canvas that wasn’t so bad. Somehow, it was slightly more appealing than the others.

The professor pulled me aside and said, “you know why this one looks better?” I shook my head.

“It’s the amount of detail you put into the image,” he said. “As we say in the art world, ‘God is in the details.’”

I’ve often thought about this lesson and how it relates to building products, businesses and apps. Here’s where I’ve landed:

While our overall, shared experiences are often very similar, the details are unique.

Each brushstroke is different — even if both paintings depict a vase of flowers.

When you design for the details of your own life, the product becomes too specific. It won’t resonate with enough people. It can’t find a viable market.

But take it up a little higher, blur the details a bit, and you’ll start to pull in a lot more people.

Finding that sweet spot between too niche and too wide isn’t easy, and it often requires some gut instincts. Just avoid self-design and you’ll be okay.

It’s the first way to mitigate risk. But hang on — lest you think that you can’t start with your own details, that’s not what I’m saying. Take Atlassian, for example, which is the pride of Australia’s startup community.

Back in 2001, co-founders Scott Farquhar and Mike Cannon-Brookes had no way to report the bugs they discovered while building websites, and they had a hunch that other developers felt the same way. Instead of diving right in, they talked to colleagues and clients who, as it turned out, shared their frustrations.

The result was Atlassian’s first and best-known product, JIRA. Farquhar and Cannon-Brookes began with their own pain, but they didn’t assume everyone had the same headache. They validated right from the beginning.

You: I’ve got to keep this app idea under wraps!

Me: Tell everyone you meet.

I am NOT suggesting that you put your source code out there for everyone to copy.

What I am saying is that you’ll gain so much more from sharing your ideas than from keeping it to yourself (and I know my colleague, Luke Naeem, agrees on this one).

I have a good friend who recently started a new company. He took the tell-all approach and started talking. He had so much passion and excitement, and he loved to explain what he was trying to accomplish.

Before he knew it, Ms. Australia Universal had promised to promote it on her social media channels and a top MBA student at Monash University offered strategic support.

Everyone has app ideas, but people get excited and motivated when they see someone pursuing their vision.

We all love a vision. And when we see someone fired up about what they’re creating, most people don’t jump in and try to take it away.

Instead, they say, how can I be a part of this? How can I contribute? How can I get a piece of this excitement?

Middle-of-the-night genius ideas feel precious, and they are, but here’s another sobering thought:

If you’re talking about an idea, I’ll bet you a supersize Mars bar (my favorite) that at least five other people in your city alone are discussing the same idea right now. This always shocks people, but it’s true.

Ideas can be duplicated. Your passion, vision and execution is what matters.

You: I’m the CEO. Look at my new business cards!

Me: Let’s not focus on the fluff.

I get it. Fluff is fun. It’s comforting. It’s cotton candy.

We all get a kick out of showing off a new landing page or handing out those heavy-stock, triple-layered, luxe business cards. It feels good.

Titles and graphics and even good press can feel validating. The truth is, you can set up a website, order those cards, and call yourself a founder in less than 30 minutes. Done!

But what have you really accomplished. Not much.

Fluff is problematic because it’s a distraction. It delivers a quick hit of social proof and a rush of vanity-level satisfaction. No shame.

That all unravels, though, when you encounter a tough point and you’ve got to push through the fluff. That’s when you have to do the hard, teeth-grinding work — and no title in the world will make it easier.

It doesn’t help that popular media currently puts founders on a cultural pedestal. We love the stories of free-wheeling entrepreneurs who do what they want and don’t take orders from anyone, while coming up with multi-billion-dollar valuations. They’re the dream.

What we don’t see is that they’re also the .0001%. For every Jobs and Zuckerberg and Corcoran, there are millions of dead businesses in the startup graveyard.

Instead, stay focused on everything and anything that contributes directly to your value proposition. Build motivation through real action. And take pride in your decidedly un-fluffy approach to business. Hell, you don’t even need a name to get started.

Me: Who’s your customer?

You already know where this is headed. The world is not your target market — and not just because only 3.2 billion of the planet’s 7 billion people even have internet access. Here’s the truth:

Your product should be niche, but your vision should be broad.

I’m a Jeff Bezos superfan for many reasons. When he built Amazon, he had a long-term plan to sell everything on the Internet.

Most people use and need them and no physical store on Earth could stock every book — but Amazon could. It was the perfect starting place, and soon, you’ll order a car from this ubiquitous site.

I’ve got a great idea for an app. Now what?

Build a targeted product, but keep an eye on your big, ambitious vision.

10 Unique Ways to Get Your Name Out There

How Founders Can Recognize and Combat Depression

99 Problems but a Pitch Ain’t One

How Many Links Does It Take To See SEO Results?