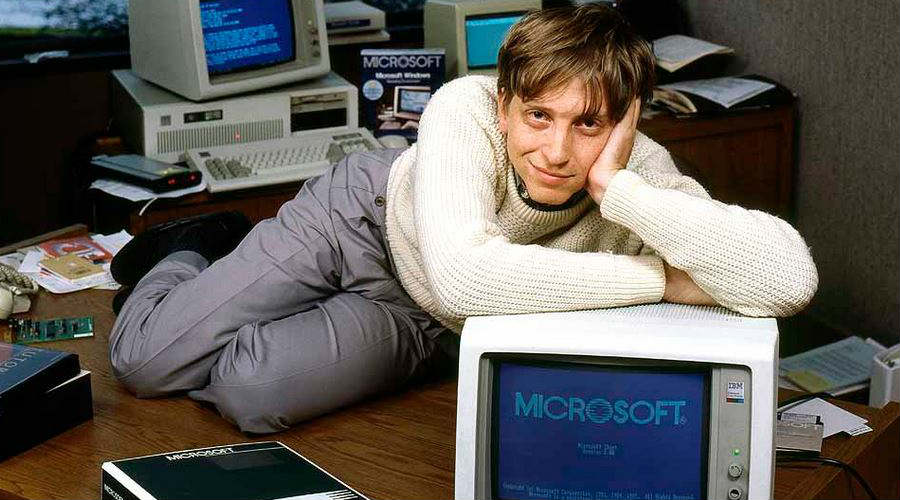 Unfortunately, it was a short-lived victory, because 5 hours later, he returned the lead to Gates.

According to Forbes, Bezos’ net worth has dipped back down to $120.32 billion while Gates maintains the lead at $121.9 billion.

According to The Verge, when Amazon reported its second quarter earnings at $267.8 million, there was a dip of 77% from $1165.01 million this time last year.

If Amazon had been able to clinch strong enough sales Jul7 28, it would have brought him back into the lead. But the dip saw Amazon stock also fell 2% – which means Gates is most likely to hold on to his pole position for now.

But seeing how the market fluctuates for both tech giants, it’s likely we’re about to enter a see-saw situation in the future.

Amazon’s cloud Amazon Web Services (AWS) might have prevented that dip from falling even lower than it already has.

According to the above graph by TechCrunch, AWS has been an amazonian cornerstone for the company’s profits, and will most likely continue as the world becomes increasingly digitised.

However, this also further cements Bezos’ fate to be in an continuous cycle of “Who da richest?” with Bill Gates.

Both tech giants have been interlocked in a fierce war over cloud computing with AWS and Microsoft’s ‘Intelligent Cloud’ division. Although AWS is currently still lagging behind the Cloud Division, the Amazon cloud is considered to be a “market leader in key segments of cloud hosting“.

But on the bigger picture, I just have to say that aren’t we glad Amazon has finally touched down in Singapore?

Safe to say that while Bezos battles it out with Gates overseas, we’ll get to see a much more exciting and important war right here in Singapore – the battle of discounts.

99 Problems but a Pitch Ain’t One

How Many Links Does It Take To See SEO Results?

So You Want to Be a Startup CEO?

5 things to know before you start a social enterprise

How Important Is A Logo To Your Business