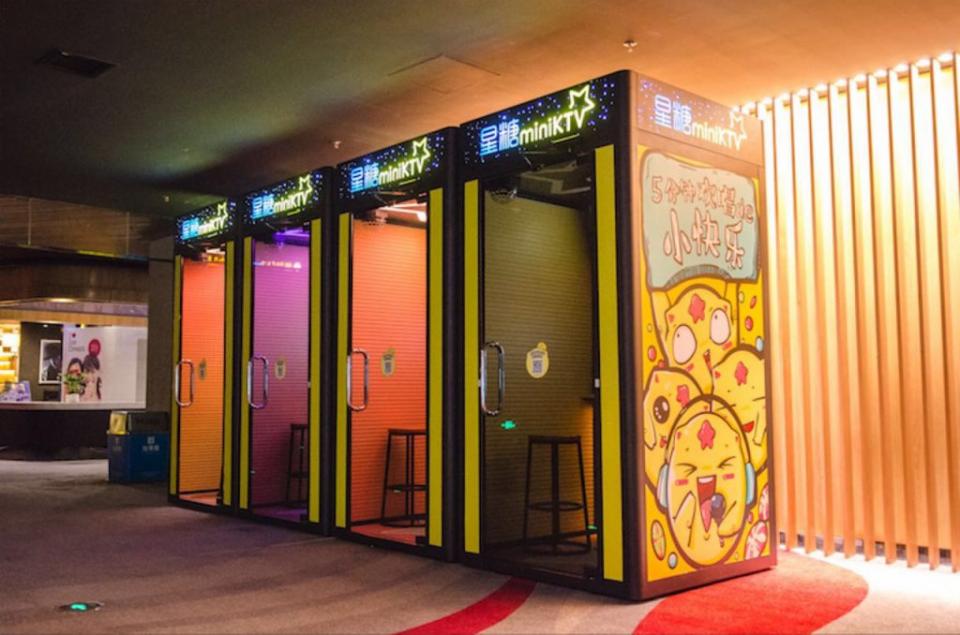 The US$15 million includes an angel, series A and series A+ round, indicating the start-up has been raising a new financing round once a month. Other investors include Yunqi Capital, IDG Capital and Chuxin Capital.

Xingtang miniKTV places mini karaoke boxes around shopping malls to allow users enter the box and enjoy singing their favorite songs for a short period of time. With elements of full automation, mobile payment and Wechat integration, these mini karaoke boxes have been popular among young Chinese consumers who are eager to try new things.

Xingtang miniKTV was founded by a team from Baidu Inc. and is the first start-up in the emerging space to receive significant financing. The team believes that roughly 500,000 miniKTV boxes could be placed around major cities in China, meaning there is enormous growth potentials in the future.

These miniKTV boxes are especially popular with young consumers who are looking to kill 5 to 30 minutes while waiting to walk into a movie theater or while queuing up for a popular restaurant. As the boxes are used frequently by dozens of users daily, the start-up believes they can monetize the precious offline traffic in other ways after it accumulates enough users.

The fully automated operation has much lower costs compared to traditional karaoke venue, as it requires no human labor and has lower real estate rental costs.

The Nuances Of Negotiation

When it comes to marketing, you should be thinking social first

Alibaba and Tencent are carving up Southeast Asia’s startup ecosyste...