Alibaba and Tencent are carving up Southeast Asia’s startup ecosystem

Two global tech forces are putting their mark — and money — into Southeast Asia’s nascent startup ecosystem, but they may not be the Western names that you expect. 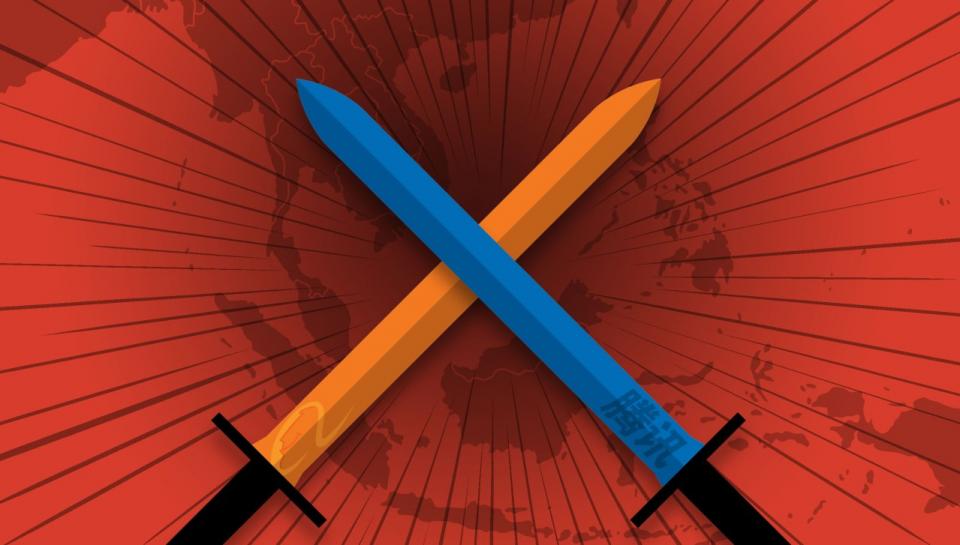 Two global tech forces are putting their mark — and money — into Southeast Asia’s nascent startup ecosystem, but they may not be the Western names that you expect.

Rather than Google, Facebook or Microsoft, increasingly Chinese duo Alibaba and Tencent are the driving forces behind the importing of large sums of capital and vast business experience into Southeast Asia’s most promising startups.

Both companies, sworn enemies in China, appear to have realized the potential in the region and are now acting on it. That means battles, drama and probably more — welcome to Southeast Asia’s tech Game Of Thrones.

A market with promise

Southeast Asia has long been an area of interest for business for its neighbors. Tech aside, Southeast Asia is home to more than 600 million consumers, with six primary markets — Singapore, Indonesia, Thailand, Vietnam, Malaysia and the Philippines — standing out for growing economies and rising middle-classes of consumers.

In today’s digital era, smartphones have been a key catalyst. Like India, Southeast Asia’s internet users are primarily on mobile, with most having skipped the PC altogether and jumping straight to phones and tablets.

A much-cited report co-authored by Google last year showed that Southeast Asia has 260 million internet users with 3.8 million more going online per month. That’s tipped to grow the internet population to 480 million people by 2020. Sure, that isn’t China level yet — the country has 731 million internet users, half of which are mobile — but it does mean that, alongside India, Southeast Asia is a region of serious tech development potential.

That same Google report forecasted that the region’s ‘internet economy’ — i.e. all business generated from the web — will be worth $200 billion by 2025. That’s up from 6.5-fold from 2015, when it was estimated to be worth $31 billion. E-commerce alone is tipped to rise from $5.5 billion in 2015 to $88 billion in 2025, of which half will originate from Indonesia, the world’s fourth largest country, according to the report.

Over the past year, it seems that Chinese companies have gone from scouting the region to actively owning chunks of it.

The first step was Alibaba’s $1 billion investment in Lazada, an Amazon-like e-commerce company serving six countries in Southeast Asia, in April 2016. The deal represented the first major investment into the region from a Chinese company.

Alibaba has since firmed up its shareholding, paying another $1 billion in June to take its ownership to 83 percent, while, under its tutelage, Lazada expanded its business into groceries with the acquisition of Singapore-based Redmart while it launched an Amazon Prime-style offering in partnership with Netflix and Uber. Amazon is expected to enter Southeast Asia this year, with sources telling TechCrunch an original goal of launching Q1 proved to be too ambitious.

Lazada CEO Max Bittner told TechCrunch last month that his company plans to extend both services, which are currently only available in Singapore, to different markets. Arguably, this is where Alibaba’s capital and experience is really coming into play for Lazada.

“We’re found the right balance between us having the freedom [for our business] and falling back on Alibaba as our big brother willing to help us when we need it,” Bittner said of the relationship in an interview.

Alibaba hasn’t stood still there, however. It has embarked on a series of fintech investments in Southeast Asia through Ant Financial, its financial services affiliate.

Ant Financial’s global investment spree has included a $1.2 billion deal for U.S.-headquartered Moneygram and Korea’s Kakao Pay, but in Southeast Asia it has done deals with Thailand-based Ascend Money, Mynt in the Philippines, Emtek in Indonesia, and Singapore’s M-Daq.

Then, earlier this month, Alibaba itself opened the coffers again to invest in a $50 million round for online insurance site Compare Asia Group.

Tencent, meanwhile, has a long-standing investment in Thailand-based media company Sanook, while it invested $19 million in a joint media venture with Ookbee, another Thai company. On the product-side, it has aggressively pushed its free-to-play music service Joox in Southeast Asia as a rival to Spotify, while it recently invested in U.S. karaoke app Smule which has strong traction in the region and plans to expand in Asia.

“Through their investments and acquisitions, it’s very clear that Alibaba and Tencent are interested in Southeast Asia. They share our vision, that this region is ripe for opportunities in the e-commerce, payments, and marketplaces space,” Vinnie Lauria, founding partner at Singapore-based VC firm Golden Gate Ventures, told TechCrunch in a statement.

That collection of deals is just those that have been reported or made official. There are plenty more either lurking in a press pipeline waiting to be announced, or subject to negotiations.

Through discussions with founders, TechCrunch understands that Tencent and Alibaba have held discussions with at least a dozen startups that operate in Southeast Asia’s e-commerce or fintech space. In almost every instance, it seemed that both companies had been in touch with a near-identical set of companies to make investment offers, or to register interest for when the startup in question is ready to raise new funds.

To borrow a phrase from a prominent tech investor, who spoke to TechCrunch on the condition of anonymity to avoid offending either company, Tencent and Alibaba are “carving up” Southeast Asia’s startup ecosystem.

The dogfight has spilled into the ride-sharing space, for one.

Alibaba is expected to be part of a group of investors behind a new funding round for Uber rival Grab which could reach $2 billion and is expected to close soon, a source told TechCrunch. But Alibaba is also rumored to have held talks with Go-Jek, a rival to Grab and Uber which is widely acknowledged as the market leader in Indonesia. However, in a twist, Go-Jek ended up agreeing to take investment from Tencent as part of an as-yet-unannounced $1.2 billion round that would value the company at $3 billion, as we reported in May.

In e-commerce, Tencent’s strategic ally JD.com — which includes Tencent among its investor base — has been strongly linked with an investment in Indonesia-based company Tokopedia, which previously raised money from SoftBank. However, a source told TechCrunch that Alibaba is also talking to the company with a view to making an investment. Alibaba’s long-standing relationship with SoftBank, which included an early investment in Alibaba, could prove to be a clincher in this case.

The decision of Alibaba or Tencent is tough one because essentially companies are being asked to join one of two rival sides.

It’s akin to a Game Of Thrones-style allegiance. There are few examples in China of companies that share both Tencent and Alibaba as investors — both firms own stock in Didi by virtue of a merger between their respective investees, Didi Kuaidi and Didi Dache — so the decision of which to go with has real long-term implications on future relationships and investors.

“They are clearly drawing lines in the sand with their checkbooks, and we can see a war of these two titans playing out across Singapore, Indonesia, and Thailand,” Lauria, whose firm invested in Redmart, said.

First of many movers

While Alibaba and Tencent are among the first (and heaviest) movers, many are predicting that others from China and beyond will follow the same steps if they haven’t already.

“Obviously Tencent and Alibaba are some of the biggest companies looking for growth in areas like e-commerce, fintech and logistics but JD.com is also investing and looking for further opportunities in the region,” he said.

Smith also pointed out that bike-sharing companies Mobike and Ofo both selected Singapore for their first overseas expansion, while, outside of the startup space, China-backed consortium Nesta is bidding to buy Singapore’s Global Logistic Properties for around $11 billion.

“We continue to believe that Singapore and the companies created here will rise in their attraction to not only Chinese but European and American companies looking for Asian expansion,” Smith said.

Uber rival Grab is close to taking investment from Alibaba, according to sources

U.S. tech firms have increased their presence in Southeast Asia, with Google and Facebook in particular operating local offices in multiple countries, but their presence has centered around product localization, sales and marketing rather than investments.

Google acquired a chat messenger app to staff its ‘Next Billion’ team tasked with tweaking existing services and creating new ones for emerging markets like India, Southeast Asia and Africa. (It recently did the same in India, too.)

Facebook and Twitter are among those that have long conducted deep market research projects to learn more about how users in frontier markets use the internet. Facebook even trialled a social payment feature in Thailand to explore the potential of social media commerce.

The results of these exercises have helped shape products like Facebook Lite, the social network’s fastest-growing app, and Twitter’s new mobile web app, but for now none of the Western tech giants have dived into the ecosystem with quite the impact of their peers from China — and we’re just getting started.

The past, present, and future of what it means to be an influencer

5 strategies for bouncing back from a failed startup

These are the world's most digitally advanced countries

You Can Motivate Yourself to Start Again After a Business Failure