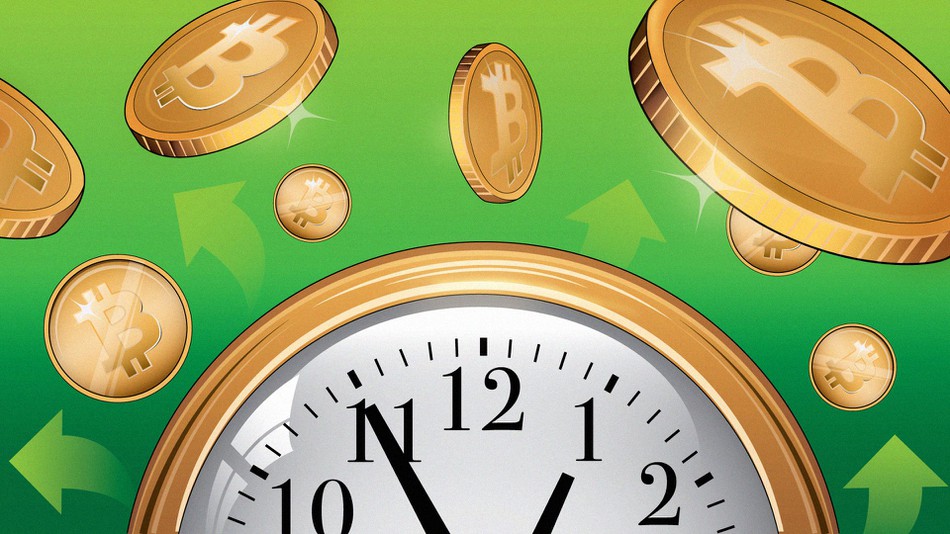 Here’s what’s happening: Bitcoin is being updated. The update has the chance of causing a serious rift that threatens some of the best things about Bitcoin, including how easy it is to use. It’s a complicated process, but things are looking good right now for that rift not actually happening. But we’re not out of the woods yet.

The story of how all this is unfolding is a complex one, and if you tried to read any of the explainers about what's happening —and there's a couple of great ones —you probably still didn't understand a thing. The terminology is obscure, the dates constantly shift, and there's a a lot of uncertainty about the entire process.

Here's a short overview of what's happening and what's likely to happen with Bitcoin in the near future, using terms you can understand.

Bitcoin needs an upgrade. The software, which was originally released in 2009, has mostly worked quite well, but lately it's become painfully obvious that some aspects of it can't cope with the increased demands of its growing community.

How do you upgrade a software that's decentralized? Bitcoin is maintained by developers (the most important of which are known as the Bitcoin Core team), but changes to it must be deployed in a democratic way.

This is where miners enter the picture. They are people and organizations who employ a tremendous number of powerful computers to power Bitcoin's network, for which they are rewarded with Bitcoin. They have a very big interest in making sure Bitcoin doesn't change in a way that reduces their income.

If the miners don't adopt an upgrade to Bitcoin, it won't happen. Worse, if the miners do not agree on an important decision, something called a hard fork can happen, meaning Bitcoin would be split into two separate cryptocurrencies, which is generally a bad thing.

Even the miners are not all-powerful. If they adopt a change that's not supported by the majority of actual users and exchanges, they could become stranded and ultimately unable to sell the bitcoins they created.

Changing Bitcoin is not an easy feat, but we've reached a point when an upgrade is necessary. The largest issue is the block size in Bitcoin's blockchain, which has spurred a long and painful debate among Bitcoin developers.

Think of a blockchain as a big notebook. A block is one page in the notebook. Right now, you can only write a very low number of transactions on one page. But there’s a lot of folks who want to do a transaction, so there’s not enough room on the page. Miners take a look at the page and choose the transactions which pay the best fee; the rest have to wait. This is why Bitcoin transactions are currently slow and expensive.

An obvious solution is to increase the block size, and there's a proposal to do so called SegWit, but there's a number of reasons why it's not trivial to adopt. Suffice to say that some Bitcoin developers, proponents and miners hate the idea for a variety of technical and political reasons. Some think it should not be done at all, some think it should be done in a different way. And Bitcoin's core community is very, very conservative when it comes to change.

The bridge towards a new Bitcoin is built

To make this upgrade a little easier to adopt, developers have come up with a couple of ideas that make the switch more gradual. They are essentially ways to make the miners say "yes, I agree to the upgrade" before the upgrade is actually deployed. If a majority of miners say yes, then there's a bigger chance that the upgrade will go through.

Right now, the majority of miners are signaling they will adopt something called BIP 91, which is a very important step towards an actual update of the Bitcoin software. It means that in two or three days, miners will likely start using the first part of the upgrade. Then, in two weeks, they will adopt SegWit, which is what all this mess is about.

What's all this talk about August 1?

If you read about Bitcoin lately, you probably noticed August 1 as an important date. According to one proposal, this was the date when SegWit was to be adopted. But the miners decided to activate one of those mini upgrades earlier, so the actual upgrade will likely happen a few days earlier.

When, exactly? There's no straight answer. This is a complex upgrade with some things happening at a designated date and time, others happening when a certain block is mined and still others when a certain milestone is reached on the Bitcoin network. This means that often there's no strict date when something must happen, only estimates. Following all of this can be a chore; check this visual outline or this guide if you want to know more.

If everything goes according to plan, sometime in mid-November, Bitcoin will finally become a new version of Bitcoin, but the change should be painless. A new Bitcoin should arise, one that can process a lot more transactions per block than the current version. Even more importantly, a successful upgrade will pave the way for future upgrades of the software.

What exactly is the problem here?

Everything lined up above sounds as if things are working as intended. So why such a big hubbub over the whole upgrade?

Remember how Trump was losing at the polls but won come election time? A similar thing could happen to Bitcoin. There's a chance that some of the miners will change their mind at the very last second, with the whole upgrade falling through. Bitcoin is a very big machine and its cogs are numerous; there are even conspiracy theories that say some miners will reject the proposal at the last second precisely to cause a rift and create chaos.

And there could be an unforeseen technical glitch in the new code. When that happens in a piece of software maintained by a centralized authority, like Apple's iOS, a fix is fairly simple: Apple releases a fixed version, and users simply install it over the old one. With Bitcoin, things could get messy. It took years to talk the community into upgrading to SegWit; now imagine having to explain to that same community they need to switch to another upgrade in a matter of hours.

Glitches can and do happen. In 2010, a bug in Bitcoin code was discovered, enabling users to create an infinite number of bitcoins. But the Bitcoin community was orders of magnitude smaller and things were easier to fix back then, so the patch was successfully deployed in a matter of hours after it was discovered. No major bugs in Bitcoin have been discovered since, but then again, changes of this magnitude were not deployed often.

Not exactly smooth sailing yet

Bitcoin is not only new software; it's a new type of software. All this uncertainty can be ascribed, as many experts do, to growing pains, and it's likely that in the future Bitcoin will be a far more robust system. And right now, it looks as if the SegWit upgrade will go through.

But if you think investing into Bitcoin now is easy money, tread carefully. No one can tell you for sure how everything will pan out. This is why Bitcoin's price has been so volatile lately, and it will likely continue to be so, at least until the dust on the entire SegWit thing has settled.

You Can Motivate Yourself to Start Again After a Business Failure

Am I startup material?

Love travelling? This upcoming Entrepreneurs Retreat might interest yo...

How to think like a VC before asking for funding

How a Second-Place Company Can Be a Winner