10 Things You Didn't Realize Were Invented in the 1990s 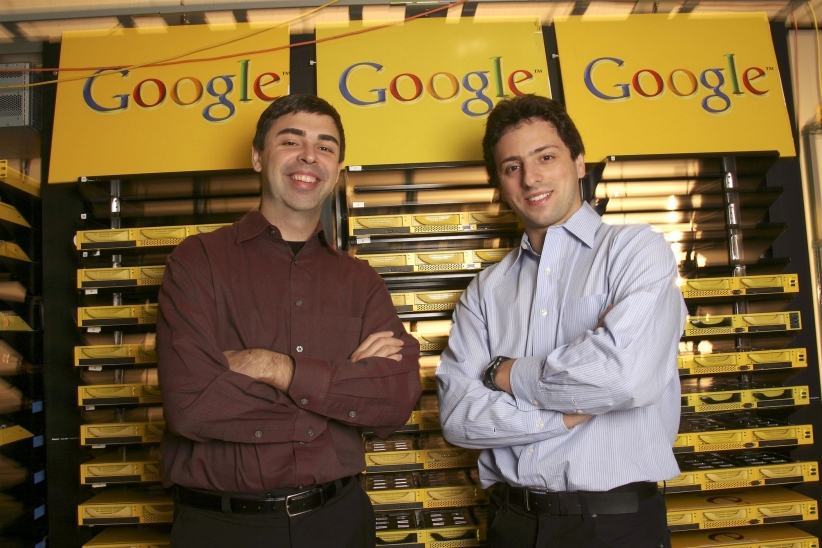 Things started to resemble today's world in the 1990s: people were using cell phones and had computers in their homes.

People became exposed to sleek new digital products that foreshadowed many of the gadgets and tools we have today. In 1996, the world said goodbye to VHS and adopted a new technology for watching videos -- the DVD. With the emergence of Google in 1998, people gained the ability to search for nearly anything online. Not only that -- but a person didn’t need to pick up the phone and call a friend over some small news, instead they could send a quick text message.

From Nokia’s first mobile phone to Google.com -- a lot happened in the '90s. Check out these 10 inventions you probably didn’t realize were invented in the decade.

Fascinated by technology and art, brothers Thomas and John Knoll noticed the lack of photo-editing features on computers, so they went out to code some of their own. After years of development in the late 1980s, the Knoll brothers sought investors -- eventually catching the attention of Adobe. With Adobe’s investment and help from its staff, Photoshop 1.0 was put on the market in February 1990.

In 1991, Linus Torvalds was in his second year at the University of Helsinki when he began developing the industry-changing open source operating system Linux. He originally set out to build a new operating system for his Intel PC, but Torvalds ended up creating one of biggest platforms for internet companies such as Google, Amazon, Facebook and Twitter.

In 1992, Neil Papworth, a former developer at Sema Group Telecoms, successfully sent the first text message to Richard Jarvis, a director at Vodafone. At the time, mobile phones did not have keyboards, so Papworth typed his message, “Merry Christmas,” on a PC. Nokia’s 1011 (next slide) was the first mobile phone to support SMS text messaging.

On Dec. 3, 1994, Sony released the first Playstation in Japan. The Playstation, which retailed for 37,000 yen (about $387), skyrocketed in popularity, and was considered Sony’s most important product since the Walkman. The PlayStation launched in the U.S. in September 1995 and saw instant success.

On June 23, 1996, Nintendo 64 launched in Japan, becoming the first home console to feature an analog stick as its primary control. By September that year, N64 made its way to the U.S. N64 was a major breakthrough in the gaming industry, allowing users to aim with precision and control like they never had before.

After coming up with the idea to create a stuffed animal that would laugh when someone tickled it, inventor Ron Dubren partnered with engineer Greg Hyman to create a stuffed monkey with laughing technology. Although that toy never saw success, Dubren’s idea lived on. In 1996, toy company Tyco asked to use Dubren’s technology to create a laughing doll of Elmo from Sesame Street. Tickle Me Elmo became one of the most popular children’s toy and was named the most desired toy of the 1996 holiday shopping season. It now lives on TIME’s “All-Time 100 Greatest Toys” list.

Replacing VHS, DVD (short for “digital video disk”) was developed in 1995 and put on the market in 1996. Of course, accompanying the DVD was the world’s first DVD player, the Toshiba SD-3000. No single company or person can be credited for the invention of the DVD -- variations were created by a number of different tech firms and they each came to agree on one format -- thus avoiding a repeat of the VHS and Betamax competition.

The Tamagotchi, the original virtual pet, is a childhood staple of the 1990s. Launched in 1996 by Bandai, more the 40 million units were sold worldwide. From playing with their pet to picking up its poop -- the Tamagotchi was a portable handheld device that in a way, taught kids to be responsible.

Google co-founders Larry Page and Sergey Brin met in 1995 at Stanford University. By 1996, the two were writing a program for a search engine called Backrub. With the success of Backrub, Brin and Page registered domain name Google.com in 1997. After some time, they developed what would be the world’s largest search engine of all time in their friend Susan Wojcicki’s garage, which was officially incorporated in September of 1998.