Despite her youth, 23-year-old Quah has already touched thousands of lives through her NGO, Refuge For The Refugees 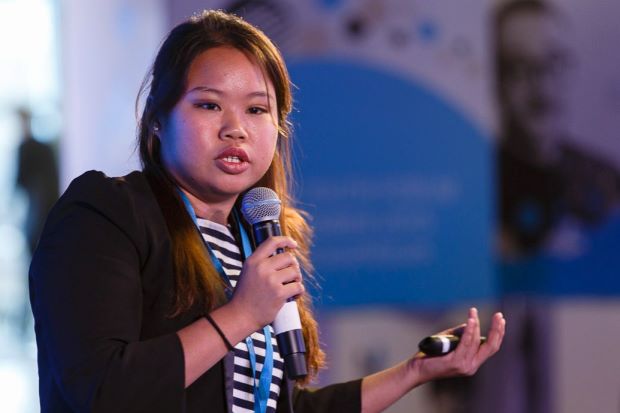 Malaysian Heidy Quah (pix) will be receiving a Young Leaders Award from Britain's Queen Elizabeth II at Buckingham Palace as recognition for her work in helping refugees.

Despite her youth, 23-year-old Quah has already touched thousands of lives through her NGO, Refuge For The Refugees (RFTR).

She is the sole Malaysian winner of the 2017 Queen's Young Leaders Award and will be receiving the award from the Queen herself on Thursday.

Although Quah is excited, it is not the glory she is looking forward to, she said. Rather, she is eager for the opportunity to network.

"I'm hoping going to Britain will expand our network, so we can work with more countries across Asean and the Commonwealth," she told The Star's R.AGE team in an earlier interview.

Quah set up RFTR in 2012 after she realised how refugees in Malaysia lacked access to basic amenities like education.

"No one should be robbed of the basic access to human rights, like education and job opportunities," she said.

RFTR aims to raise awareness of the plight of refugees and provide education for them.

Today, RFTR runs 10 schools in Kuala Lumpur and Penang, each with 70 to 150 refugee students each.

"Education is a vital right of every child. With the right education, these kids can and will go very far in life," said Quah.

On top of studying for her degree in accounting and finance, Quah is busy expanding RFTR's reach and is working to set up a school in Myanmar.

The Queen's Young Leaders Award recognises and celebrates exceptional people from across the Commonwealth, who are taking the lead in their communities and using their skills to transform lives.

Quah is among 60 winners selected to take part in a one-week residential programme, which includes high-level engagements, training, mentoring and networking, all of which are designed to help them further their life-changing work.

Before receiving the award at the Buckingham Palace, the winners will visit 10 Downing Street, as well as take part in masterclasses at the BBC World Service and the British headquarters of US social media company Facebook.

They will also meet the Commonwealth secretary-general, take part in workshops at the University of Cambridge, meet senior executives from some leading British organisations, and visit projects that are changing the lives of vulnerable people there.

The programme will finish with the launch of the final search for the Queen's Young Leaders.

The programme is looking for people aged between 18 and 29 who are dedicated to creating positive changes to the lives of people to join this important community of change-makers from across the Commonwealth.

Why Universal Basic Income and tax breaks won’t save us from the job...