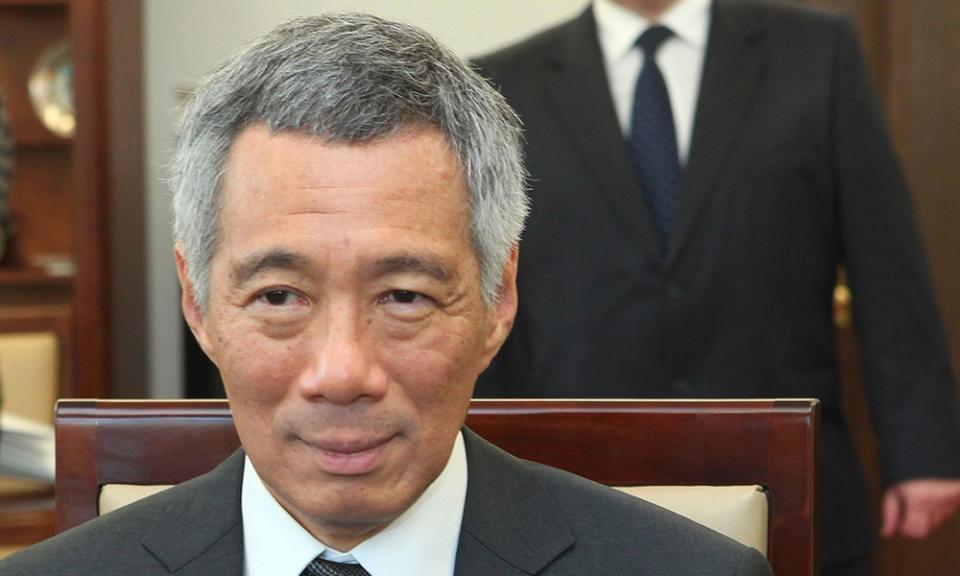 In an immediate response, Hsien Loong took to Facebook to deny all the allegations made by his siblings, including the claim that he and his wife harboured ambitious plans to pass their political legacy to their son.

"I am very disappointed that my siblings have chosen to issue a statement publicising private family matters. I am deeply saddened by the unfortunate allegations that they have made.

"Ho Ching and I deny these allegations, especially the absurd claim that I have political ambitions for my son," Hsien Loong said in his statement.

He felt the differences between him and his siblings should be resolved within the family.

"Since my father’s passing in March 2015, as the eldest son, I have tried my best to resolve the issues among us within the family, out of respect for our parents," he said.

'A different face of Hsien Loong'

Earlier today, Hsien Yang and Wei Ling said on Facebook that they were disturbed by the character, conduct, motives and leadership of Hsien Loong and the role of his wife, Ho Ching.

They said they had seen a "completely different face" of Hsien Loong after the passing of their father and former prime minister Lee Kuan Yew in March 2015, and that the changes in Singapore since their father's death do not reflect what he stood for.

"Nobody ever doubted that Lee Kuan Yew always held the best interests of Singapore and Singaporeans at heart. He was authentic and spoke his mind," the younger brother and sister said.

They expressed the feeling of being threatened by Hsien Loong's alleged misuse of his position and influence over the Singapore government and its agencies to drive his personal agenda.

"We feel big brother is omnipresent. We fear the use of the organs of state against us and Hsien Yang’s wife, Suet Fern. The situation is such that Hsien Yang feels compelled to leave Singapore," the pair said.

"We believe, unfortunately, that Hsien Loong is driven by a desire for power and personal popularity. His popularity is inextricably linked to Lee Kuan Yew’s legacy.

"We also believe, based on our interactions, that they harbour political ambitions for their son, Hongyi.

They reiterated their father's wish to demolish his house at 38, Oxley Road (photo, above) upon his passing, and accused Hsien Loong and Ho Ching of wanting to preserve the house to "enhance his political capital".

“The values of Lee Kuan Yew are being eroded by his own son. Our father placed our country and his people first, not his personal popularity or private agendas.

"We are very sad that we have been pushed to this. We feel hugely uncomfortable and closely monitored in our own country. We do not trust Hsien Loong as a brother or as a leader. We have lost confidence in him,” they added.

They expressed their worries for the future of the island state and questioned whether "able leaders with independent political legitimacy" would be sidelined to ensure that Hsien Loong’s hold on power remained uncontested.

Taking issue with Ho Ching, they said that Singapore had no such thing as the wife of the prime minister being a "first lady".

Using their mother Kwa Geok Choo as an example, they said: "The contrast between her and Ho Ching could not be more stark."

Kwa had mostly avoided the limelight during Kuan Yew's premiership and remained as his stalwart supporter and adviser in private.

"While Ho Ching holds no elected or official position in government, her influence is pervasive, and extends well beyond her job purview," they elaborated.

"“The values of Lee Kuan Yew are being eroded by his own son. Our father placed our country and his people first, not his personal popularity or private agendas. We are very sad that we have been pushed to this.

"We feel hugely uncomfortable and closely monitored in our own country. We do not trust Hsien Loong as a brother or as a leader. We have lost confidence in him."

Hsien Yang's son Li Shengwu in a separate posting on Facebook said his family "has become increasingly worried about the lack of checks on abuse of power".

He said his parents' decision to migrate from Singapore was a "painful decision that they have not made lightly".

Hsien Loong said the statement released by both Wei Ling and Hsien Yang has hurt their father's legacy.

"I will do my utmost to continue to do right by my parents. At the same time, I will continue serving Singaporeans honestly and to the best of my ability. In particular, that means upholding meritocracy, which is a fundamental value of our society," he said.

Why Universal Basic Income and tax breaks won’t save us from the job...