'Wonder Woman' is a hit at the movies. These business leaders are wonder women in the business world. 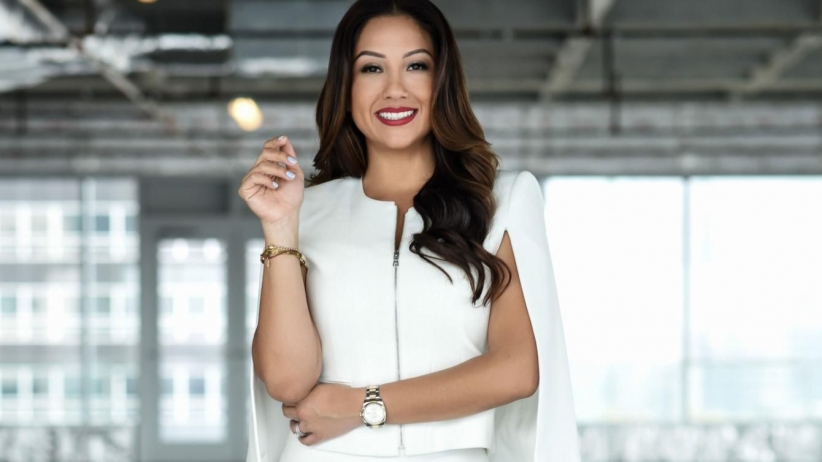 This past year has witnessed a major cataclysmic shift in the world of female entrepreneurship. No longer are we telling women they have to code to work in tech. Nor are we confining them to "feminine" industries. And gone are the days when they were told they couldn't do the same things as their male counterparts.

While I would love to include the hundreds upon hundreds of women I admire in the worlds of entrepreneurship, I’ve narrowed this list down to a few who represent some specific realms. The task wasn’t easy, but I believe that these women reflect the changes in progress. So, without further ado, here are some top regional and national businesswomen to watch in 2017:

Founder of Nan and Co. Properties, one of Houston’s fastest-growing real estate firms, Almodovar is well on her way to being a top player on a national level.

After noticing a lack of high-end real estate agents in Houston, Aldomovar founded Nan Properties by blending the old and new. Her innovative use of tech in listings has remained at the forefront, and her business is only getting bigger and bigger.

Based in Silicon Valley, Sahasi is vice president of the North American Business Innovation Center (BIC) and managing director of research for Konica Minolta. As such, she travels the world in search of innovation and the people behind those ideas, connecting with entrepreneurs and other businesspeople.

She is also an active investor and advises startups that are looking to enter various Asian markets. Sahasi's knowledge of various cultures and business environments has led to her serving as a bridge between Asian and North American companies. She is widely respected by numerous Asian business leaders, helping her to establish a new role for women in tthat part of the world.

After spending a number of years working in Spain’s fashion industry, Garva founded SUAVS Shoes just over a year ago to create a better footwear experience. Her brand embodies minimalism and allows for natural foot movement in the moisture-wicking shoe.

This focus on user experience in rethinking footwear has made SUAVS one of 2017’s fastest growing shoe brands.

Just as companies like Nike and Apple have been able to reach massive success through the creation of a lifestyle brand pair with a quality product, Tami Fricks, founder of Sassy Bitch Wines, has built a wine empire centered on an empowering brand, instead of arbitrary wine ratings.

While most wineries opt for simple sleek labels and rely on historic vineyards and excessively complicated rating systems, Fricks' Sassy Bitch Wines focuses on making a product that women will love and understand. Her attention to the customer has helped the company grow to multi-million dollar sales status and to become an identifiable label in a sea of homogenous products.

An Asian-American immigrant and daughter of a tiger mother, Cindy Lim, founder of Sundae School, balances her time between an Ivy League education at Wharton and her "smokewear" brand Sundae School.

This brand riffs on streetwear culture to unite the beauty of Asian traditionalism with the commercialism of smoking.

Since launching in early 2017, the brand has held a series of successful pop-ups around the world, has been featured by major fashion outlets and was picked up by the trendy New York streetwear store, V-Files.

From Fortune 500 companies to start-ups alike, Anne Byrd, a consultant at Currency, has provided her services to help numerous businesses grow.

As someone with a pretty illustrious career of her own, she has had a desire to continue learning, earning her MBA and also working towards a PhD. And while it’s not uncommon for those in the business world to hop back into school, Byrd is unique in her ability to continue to help companies grow while she herself is also doing the same.

Natalie O'Donnell, customer success manager at Leadcrunch, is an anomaly of sorts for the tech world. After all, she’s one of those rare hybrids who has a CS degree, but also a knack for marketing.

However, what’s even more impressive is how she has built herself up from intern to the leader of a fully funded startup in less than a year. Watch out for O'Donnell to make some serious moves in the next year.

Shopping for bridesmaid dresses can be one of the most grueling and expensive processes known to women. That’s why Araceli Fizcaino and her team at Azazie are there to help. Their innovative platform allows women to try dresses on at home, with thousands of color and dress styles to choose from.

A big disruptor to the wedding industry, the site has exploded in popularity, as hundreds of women showcase their Azazie styles all over the web. And, with wedding season upon us, Araceli and its team are about to be booming.

At Blendoor, founder Stephanie Lampkin, has managed to create one of the most simple, yet brilliant socially conscious products of the past few years. Users of the app submit their resumes to employers.

The app then removes their name,allowing them to be judged solely on merit. Not only does the site's analytics provide one of the most in-depth hiring processes, but the app also has seen a tremendous amount of success.

Studysoup is an online multi-sided marketplace for students to buy and sell notes, and Katy Tripses, its head of growth, has been at the forefront for the company's expansive growth. The app has acquired hundreds of thousands of users across the United States, with many of them making serious cash off the notes they’re selling.

When asked about what the product holds in the future, Katy has mentioned she’s noticed a pattern of unexpected social behavior and says her app is considering including that, as well.

Rita LeBlanc is not only the co-founder and chief creative officer of Adventure Bucket List; she is also the only female in its team of 10, managing marketing and customer success. Over the last four years, LeBlanc has gone from barely knowing what “the cloud” was, to entering hackathons and winning Best Pitch at Vancouver’s Women in Tech Week.

She has negotiated partnerships with government agencies and used ABL's technology to help power social economic development projects in South America. ABL recently launched its Enterprise Destination Management Platform and is working to increase sales for its users by connecting with OTAs and travel agents via its API and Affiliate Platform.

5 Reasons why working for a startup is a good idea