Most VCs market themselves as “more than just a check”. That often creates unrealistic, dangerous expectations 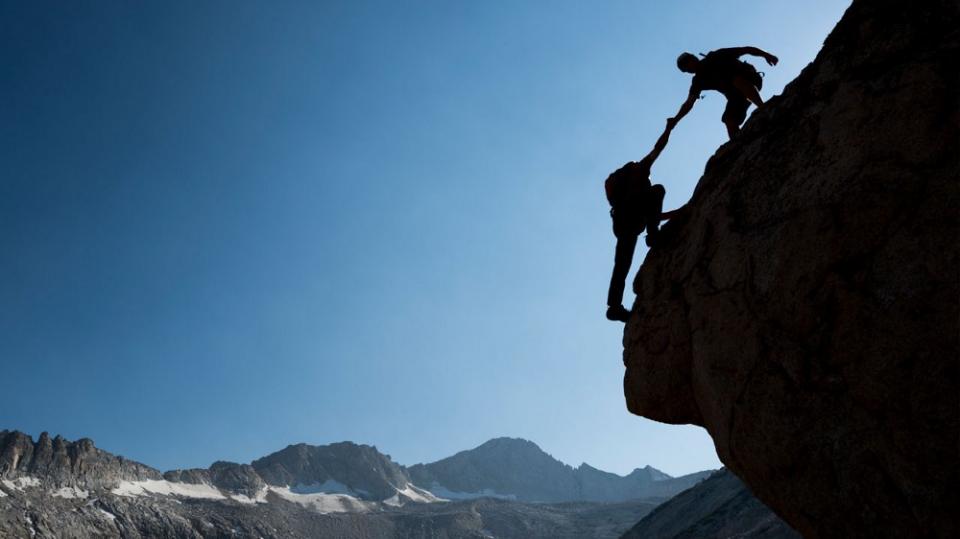 “How can I be helpful?” 👈 That question is even more stereo-typically venture capital than zip-up sweater vests and soft rejection emails. If you’ve gone an entire meeting with a VC without hearing that phrase, something’s gone terribly wrong.

Every investor wants to be helpful to the startup ecosystem and especially their portfolio companies. It’s what they do: if they can make even a marginal positive impact on the success of their companies, they stand to reap huge returns on their efforts. Most investors are genuinely passionate about the bets they’ve made and the industry in general. They do want to help.

But more than their actual incentives to do so, “being helpful” is how VCs market themselves to potential companies. A massive part of the VC business is getting access to the best deals. Since cash from all VCs is the same legal tender, they need to find ways to differentiate themselves. Here’s the problem: during the fundraising process, most investors will make you think they’ll be working tirelessly on behalf of your company for many years to come. That generally isn’t true, nor should it be. Depending on the state of the company, the most helpful thing is for an investor to sit back and let the company execute. But since sitting back doesn’t make a good marketing message, it’s difficult for first-time entrepreneurs to tell how involved an investor will actually be, and whether that involvement will be genuinely helpful.

All too often, I hear scary stories from entrepreneurs about their experience investors. In those cases, there was clearly a mismatch between the CEO’s expectations of their investor and the post-investment reality. VC marketing sets high expectations, when in reality VCs span a huge spectrum of involvement in the company. It’s up to the CEO to determine what kind of involvement they need, but I’ve found most stories of frustration occur when wrestling with investors that are on extreme ends of that spectrum:

On one end of the spectrum are the dyed-in-the-wool professional investors, whose only focus is making money for their LPs. These investors may have limited operating experience, and they’re heavily focused on the numbers, but they’re relatively detached from everything else. They find great companies rather than make them, and they generally believe that investors have a minimal impact on their companies’ chances of success (on that front, they’re not wrong). They’ll market themselves on their connections, track record, or firm prestige.

In board meetings, their feedback boils down to “your revenue is too low, your expenses are too high, fix it”.

Analyst investors are more common and generally fine for later-stage companies with established models and growth paths. But a surprising number of these investors do early-stage deals, and the analyst mentality doesn’t translate well to the massive uncertainty that surrounds startups still finding product-market fit. The best outcome is that the investor is detached, allowing the investment alone to do its work. An involved, early-stage analyst investor is not a recipe for success.

The other major problem with analyst investors only rears its head when the incentives of the investor and the incentives of the entrepreneur inevitably diverge. Most investors have models that rely on a few companies making 10x+ returns, anything less is uninteresting. As such, they’re reluctant to get behind anything less than the biggest returns. In those situations, analyst investors are less likely to detach themselves from their fund economics and do what’s best for the entrepreneur. A friend of mine had a board member who torpedoed an acquisition deal because he would walk away with “only a few million”. The investor wanted them to swing for the fences or bust. The company had to liquidate a few months later.

At the other extreme, some investors treat the role like a part-time operating position. These partners are generally former operators and will sell themselves as being able to help with the day-to-day execution of the business. These investors also have a strong thesis for the world they want to see exist, a world that incorporates a number of bets across their portfolio. To them, every company has a role to play in creating the future, and that future is going to make everyone a lot of money.

While that sounds awesome for an early-stage company, it can easily go too far.

Startups rarely need investors who try to run the company from a board seat, but that situation is unfortunately all too common.

In the middle: the loyal skeptic

Terrific investors occupy a space in the middle:

Here’s a small example: about 6 months after our Series A at my last startup, I approached my investors stating that I wanted to hire a COO. I thought we would need a seasoned operator to help us scale the company through its next phase and beyond. In retrospect, it was the wrong decision: we were still too small for a position like that and it would make the company too top-heavy. One of my investors deferred to my judgement without asking many questions. One fought me hard over the decision, claiming at one point it might cost me my job. But one was in the middle: after digging deep into why I wanted to make that move, she suggested that I actually was looking for some strong, more junior product managers rather than an addition to the C suite. I insisted on my reasoning. She said she thought I was making a mistake, but she would support my decision. We made the COO hire. It turned out that she was completely right.

After several months, it became clear that the hire wasn’t having the effect that I wanted it to. I approached her again, asking for advice on what to do. Rather than say “I told you so” and try to unwind the decision she disagreed with in the first place, she offered advice on how to optimize the current situation to get as close as we could to a good outcome. In that situation, the vicarious operator would have tried to slash through the entire org chart. The analyst wouldn’t have enough tools to determine what the real problem was. Those situations are where good, loyally skeptical investors can add real value.

I’ve never heard of a VC firm whose message amounts to “we find great companies, write them a check, then go away and let them run their business”. I wish more would, because that may be both closer to the truth and exactly what some companies need. Problems arise when there’s a mismatch between the entrepreneur’s expectations and the day-to-day reality after the check is written. Since nearly all investors market their added value, it’s difficult to project that reality accurately. When raising funds, that means entrepreneurs need to be especially clear on what level of attachment and involvement they and their company need. Companies probably need less help than investors say they’re going to provide, but probably more than most VCs actually do. Setting clear expectations with investors produces the circumstances where they can be actually, truly, helpful.

This article was first posted by Jake Fuentes on Medium

5 Reasons why working for a startup is a good idea

How to fend off over-collaboration and do deep work

How Emotionally Intelligent Are You? (Infographic)