It’s that time of year again. 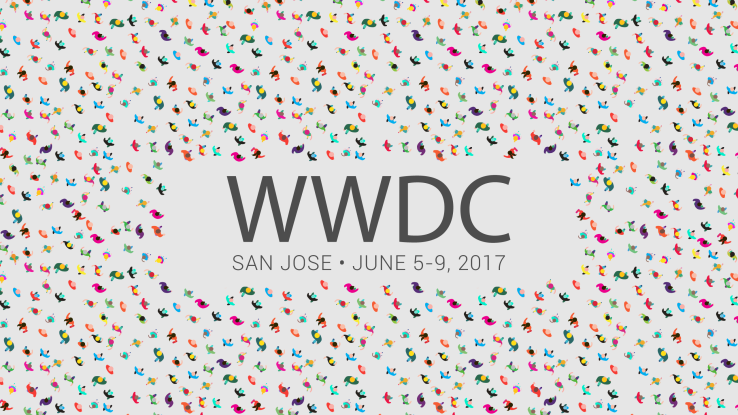 It’s that time of year again. Thousands of developers are set to descend upon the South Bay to get their software on. And the rest of the Apple watching world will have their eyes glued to the screen on Monday morning for the big WWDC keynote, as Tim Cook and company parade the latest upgrades to the company’s various operating systems.

From the sounds of the early leaks, the show is also set to be more hardware focused than most World Wide Developer Conferences, with some refreshes to a number of key product lines and the reported addition of an Echo competitor that will finally, truly bring Siri to the living room. In fact, most of the rumors and speculation arriving ahead of the event are device related.

We’ll be there on June 5, of course, liveblogging the events as they unfold, starting at 10AM PT/1PM ET. Meantime, here’s some of what we expect to see on display at the big event.

Hardware isn’t always a given at WWDC, but this year could well be an embarrassment of riches.

That Siri Speaker: This has been grist for the rumor for at least a year now. Apple has reportedly been quietly (or, not so quietly, really) working on its own version of the Amazon Echo/Google Home, along with some key tweaks to its long-standing smart assistant, Siri. The company has been eyeing the connected home for a while now, through Home Kit and the iOS 10 Home app, but what it really needs to seal the deal is a piece of hardware to tie all of that together.

At the moment, Apple TV is about as close as it comes to have an in-home hub. But while the system does feature voice integration, it’s not an ideal alternative to an always-listening speaker hub like the Echo or Home. Details about the device beyond that are pretty few and far between, but you can probably expect the system to be a much more premium product relative to the competition, because, well, Apple is still Apple.

Early reports have pointed to things like virtual surround sound, suggesting that unlike Echo and Home, Apple will be focused on things like speaker quality, instead of just making a product where sound is secondary to the task of inserting a smart assistant in the home. It also follows that we can expect some key updates to Siri, which seems to have fallen out of focus at Apple in recent years.

iPad Pro 10.5: Another persistent rumor ahead of the event has Apple going adding yet another screen size to its iPad line, after seeming to streamline things a bit in recent months. The supposed 10.5-inch iPad Pro is said to be arriving with a similar footprint as its 9.7-inch sibling, courtesy of dramatically reduced bezels. Apple is still banking on the Pro to take on two-in-ones like the Surface line, a rare bright spot in a lackluster tablet market.

MacBook Pro and Air Spec Bumps: It hasn’t even been a full year since Apple made its first meaningful MacBook refresh in some time, so it follows that any upgrades to the line will most likely be internal-only. According to pre-show rumblings, Intel’s Kaby Lake processors are the flavor of the day, meaning faster speeds and better battery life. The chips are also reportedly coming to the MacBook Air, marking a long-awaited (albeit minor) upgrade to Apple’s long neglected laptop.

Lots of it. So much software. All the software. All of Apple’s operating systems are said to getting a meaningful update this time around. But specific features are pretty few and far between ahead of the event.

iOS 11: Siri speaker stuff aside, iOS will likely be the centerpiece of the keynote, this being a developer conference and all. While the 10th anniversary iPhone 8 almost certainly won’t be debuting until at least the fall, it seems likely that we’ll be getting our first real taste of iOS 11. What shape that will actually take is pretty up in the air at the moment, but a few leaks have popped out here and there. Siri’s a no-brainer, of course, given the expected hub announcement, along with Apple’s bid to stay ahead of Alexa, Assistant and the like. Expect Apple’s AI to take center stage on Monday. And along with the new iPad Pro, the tablet version of the operating system is said to be getting some pro-level updates like multi-user login and expanded support for the Apple Pencil. A revamped version of Music also seems a likely bet, especially as Apple pushes for more video content.

macOS/watchOS/tvOS: All three operating systems are expected to get big refreshes this time out, though again, details are pretty scant here. Expect the most dramatic changes on the watchOS and tvOS front. As for watchOS, The Apple Watch is a rare bright spot in the floundering wearables category, and the company is no doubt hoping to make a splash ahead of the new device’s arrival later in the year. Of particular note is Apple’s recent fixation with all things health on the device.

5 Ways to Optimize Your Ecommerce Campaigns

Stressed and Exhausted? More Than Half of Founders Say They Never ...