Blockchains are the new Linux, not the new Internet

Cryptocurrencies are booming beyond belief. 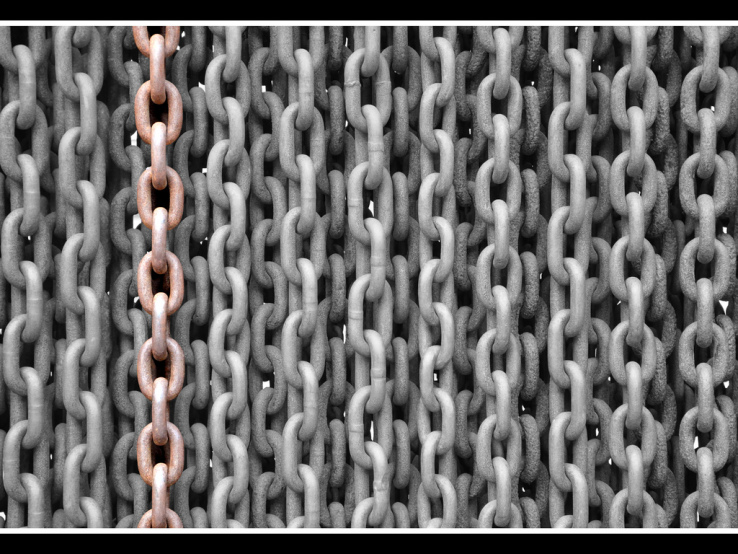 Cryptocurrencies are booming beyond belief. Bitcoin is up sevenfold, to $2,500, in the last year. Three weeks ago the redoubtable Vinay Gupta, who led Ethereum’s initial release, published an essay entitled “What Does Ether At $100 Mean?” Since then it has doubled. Too many altcoins to name have skyrocketed in value along with the Big Two. ICOs are raking in money hand over fist over bicep. What the hell is going on?

(eta: in the whopping 48 hours since I first wrote that, those prices have tumbled considerably, but are still way, way up for the year.)

A certain seductive narrative has taken hold, is what is going on. This narrative, in its most extreme version, says that cryptocurrencies today are like the Internet in 1996: not just new technology but a radical new kind of technology, belittled or ignored by by most, which has slowly and subtly grown in power and influence over the last several years, and is about to explode into worldwide relevance and importance with shocking speed and massive repercussions.

(Lest you think I’m overstating this, I got a PR pitch the other day which literally began: “Blockchain’s 1996 Internet moment is here,” as a preface to touting a $33 million ICO. Hey, what’s $33 million between friends? It’s now pretty much taken as given that we’re in a cryptocoin bubble.)

I understand the appeal of this narrative. I’m no blockchain skeptic. I’ve been writing about cryptocurrencies with fascination for six years now. I’ve been touting and lauding the power of blockchains, how they have the potential to make the Internet decentralized and permissionless again, and to give us all power over our own data, for years. I’m a true believer in permissionless money like Bitcoin. I called the initial launch of Ethereum “a historic day.”

But I can’t help but look at the state of cryptocurrencies today and wonder where the actual value is. I don’t mean financial value to speculators; I mean utility value to users. Because if nobody wants to actually use blockchain protocols and projects, those tokens which are supposed to reflect their value are ultimately … well … worthless.

Bitcoin, despite its ongoing internal strife, is very useful as permissionless global money, and has a legitimate shot at becoming a global reserve and settlement currency. Its anonymized descendants such as ZCash have added value to the initial Bitcoin proposition. (Similarly, Litecoin is now technically ahead of Bitcoin, thanks to the aforementioned ongoing strife.) Ethereum is very successful as a platform for developers.

But still, eight years after Bitcoin launched, Satoshi Nakamoto remains the only creator to have built a blockchain that an appreciable number of ordinary people actually want to use. (Ethereum is awesome, and Vitalik Buterin, like Gupta, is an honest-to-God visionary, but it remains a tool / solution / platform for developers.) No other blockchain-based software initiative seems to be at any real risk of hockey-sticking into general recognition, much less general usage.

With all due respect to Fred Wilson, another true believer — and, to be clear, an enormous amount of respect is due — it says a lot that, in the midst of this massive boom, he’s citing “Rare Pepe Cards,” of all things, as a prime example of an interesting modern blockchain app. I mean, if that’s the state of the art…

Maybe I’m wrong; maybe Rare Pepe will be the next Pokémon Go. But on the other hand, maybe the ratio of speculation to actual value in the blockchain space has never been higher, which is saying a lot.

Some people argue that the technology is so amazing, so revolutionary, that if enough money is invested, the killer apps and protocols will come. That could hardly be more backwards. I’m not opposed to token sales, but they should follow “If you build something good enough, investors will flock to you,” not “If enough investors flock to us, we will build something good enough.”

A solid team working on an interesting project which hasn’t hit product-market fit should be able to raise a few million dollars — or, if you prefer, a couple of thousand bitcoin — and then, once their success is proven, they might sell another tranche of now-more-valuable tokens. But projects with hardly any users, and barely any tech, raising tens of millions? That smacks of a bubble made of snake oil … one all too likely to attract the heavy and unforgiving hand of the SEC.

That seductive narrative though! The Internet in 1996! I know. But hear me out. Maybe the belief that blockchains today are like the Internet in 1996 is completely wrong. Of course all analogies are flawed, but they’re useful, they’re how we think — and maybe there is another, more accurate, and far more telling, analogy here.

I propose a counter-narrative. I put it to you that blockchains today aren’t like the Internet in 1996; they’re more like Linux in 1996. That is in no way a dig — but, if true, it’s something of a death knell for those who hope to profit from mainstream usage of blockchain apps and protocols.

Sound familiar? Today there’s a lot of work going into decentralized distributed storage keyed on blockchain indexes; Storj, Sia, Blockstack, et al. This is amazing, groundbreaking work… but why would an ordinary person, one already comfortable with Box or Dropbox, switch over to Storj or Blockstack? The centralized solution works just fine for them, and, because it’s centralized, they know who to call if something goes wrong. Blockstack in particular is more than “just” storage … but what compelling pain point is it solving for the average user?

The similarities to Linux are striking. Linux was both much cheaper and vastly more powerful than the alternatives available at the time. It seemed incredibly, unbelievably disruptive. Neal Stephenson famously analogized 90s operating systems to cars. Windows was a rattling lemon of a station wagon; MacOS was a hermetically sealed Volkswagen Beetle; and then, weirdly … beyond weirdly … there was

Linux, which is right next door, and which is not a business at all. It’s a bunch of RVs, yurts, tepees, and geodesic domes set up in a field and organized by consensus. The people who live there are making tanks. These are not old-fashioned, cast-iron Soviet tanks; these are more like the M1 tanks of the U.S. Army, made of space-age materials and jammed with sophisticated technology from one end to the other. But they are better than Army tanks. They’ve been modified in such a way that they never, ever break down, are light and maneuverable enough to use on ordinary streets, and use no more fuel than a subcompact car. These tanks are being cranked out, on the spot, at a terrific pace, and a vast number of them are lined up along the edge of the road with keys in the ignition. Anyone who wants can simply climb into one and drive it away for free.
Customers come to this crossroads in throngs, day and night. Ninety percent of them go straight to the biggest dealership and buy station wagons … They do not even look at the other dealerships.

I put it to you that just as yesterday’s ordinary consumers wouldn’t use Linux, today’s won’t use Bitcoin and other blockchain apps, even if Bitcoin and the the other apps build atop blockchains are technically and politically amazing (which some are.) I put it to you that “the year of widespread consumer use of [Bitcoin | Ripple | Stellar | ZCash | decentralized ether apps | etc]” is perhaps analogous to “the year of [Ubuntu | Debian | Slackware | Red Hat | etc] on the desktop.”

Please note: this is not a dismissive analogy, or one which in any way understates the potential eventual importance of the technology! There are two billion active Android devices out there, and every single one runs the Linux kernel. When they communicate with servers, aka “the cloud,” they communicate with vast, warehouse-sized data centers … teeming with innumerable Linux boxes. Linux was immensely important and influential. Most of modern computing is arguably Linux-to-Linux.

It’s very easy to imagine a similar future for blockchains and cryptocurrencies. To quote my friend Shannon: “It [blockchain tech] definitely seems like it has a Linux-like adoption arc ahead of it: There’s going to be a bunch of doomed attempts to make it a commercially-viable consumer product while it gains dominance in vital behind-the-scenes applications.”

But if your 1996 investment thesis had been that ordinary people would adopt Linux en masse over the next decade — which would not have seemed at all crazy — then you would have been in for a giant world of hurt. Linux did not become important because ordinary people used it. Instead it became commodity infrastructure that powered the next wave of the Internet.

It’s easy to envision how and why an interwoven mesh of dozens of decentralized blockchains could slowly, over a period of years and years, become a similar category of crucial infrastructure: as a reserve/settlement currency, as replacements for huge swathes of today’s financial industry, as namespaces (such as domain names), as behind-the-scenes implementations of distributed storage systems, etc. … while ordinary people remain essentially blissfully unaware of their existence. It’s even easy to imagine them being commoditized. Does Ethereum gas cost too much? No problem; just switch your distributed system over to another, cheaper, blockchain.

So don’t tell me this is like the Internet in 1996, not without compelling evidence. Instead, wake me up when cryptocurrency prices begin to track the demonstrated underlying value of the apps and protocols built on their blockchains. Because in the interim, in its absence of that value, I’m sorry to say that instead we seem to be talking about decentralized digital tulips.