Companies operating in the sandbox will be allowed to commercially launch their services albeit within limits set by the central bank and under close watch by the regulator. 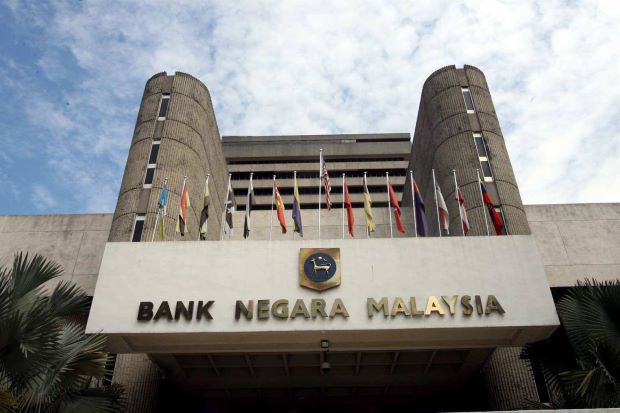 Bank Negara has approved four firms to operate within its “regulatory sandbox”, marking a significant milestone in the growth of financial technology (fintech) in Malaysia.

Bank Negara opened applications for parties intending to create innovative ways to improve the quality, efficiency and accessibility of financial services in Malaysia last year, in line with global trends.

It also saw the central bank creating a unit called the Financial Technology Enabler Group (FTEG) which would oversee the entry of technological innovations in financial services.

Companies operating in the sandbox will be allowed to commercially launch their services albeit within limits set by the central bank and under close watch by the regulator.

FTEG’s website posted the names of the four approved participants in the sandbox, which cover the areas of insurance and money transfers which in turn are areas hotly pursued by fintech startups globally.

GoBear Ltd and GetCover Sdn Bhd are described as being both financial advisers and insurance aggregators while WorldRemit Ltd and MoneyMatch Sdn Bhd are allowed to conduct remittance services while the latter is also enabled to provide money changing services.

Fintech differs from other areas of technology innovation because it operates in a highly regulated space. In other words, without the approval of the relevant bodies, innovative financial solutions may not be allowed to operate in those markets.

However regulatory standards differ in each country although there are efforts by some regional bodies to standardise regulations.

Interestingly, two of the four getting into the Bank Negara sandbox are foreign-owned entities namely GoBear and WorldRemit. GetCover and MoneyMatch are Malaysian owned start-ups.

So what new financial services are the players going to bring to the market? GoBear is owned by Dutch investors seeking to provide an independent comparison website for insurance and financial products in Asia.

It has a presence in Singapore, Thailand and Malaysia and plan to get into The Philippines, Vietnam and Indonesia.

GetCover will be offering a free mobile application that allows users to buy motor insurance directly from insurers. It is expected to be the first of its kind in the market.

GetCover’s aim is to leverage on the efficiencies of digital distribution channels to benefit end-consumers.

The idea is to make it easier for consumers to research insurance products available in the market and for providers to streamline operations and save distribution costs.

Paul Khoo, founder and CEO of GetCover has been quoted by the media as saying that the global insurance industry has not seen a lot of innovation and that only a very small number of users currently buy motor insurance online.

According to Khoo, GetCover intends to provide a fully automated transactional platform which will drive down costs and provide consumers with more cost savings. He added that due to strategic tie-ups that GetCover has pursued, it would be able to extract relevant data when consumers key in their basic information, enabling a seamless purchase of the insurance product by the consumer.

Meanwhile MoneyMatch is a local startup allowed entry into the sandbox to provide cross border remittances and money changing services.

MoneyMatch is creating its own platforms to match individual buyers and sellers of currencies. It also aim to cater to the SME market which do a lot of cross border transfers in the normal course of business.

When contacted, co-founder Naysan Munusamy said: “We’re really grateful to Bank Negara for being so forward thinking in allowing us to bring our unique fintech solutions to the Malaysian market which will bring down the cost of remittance and money changing to end consumers.

“We’re gearing up for our official launch soon. We are confident of making a positive impact on the financial services industry.”

The London-based firm has reportedly been valued at US$500mil (RM2.1bil) in its latest funding round.

WorldRemit is among the many remittance companies – including incumbents such as Western Union and startups like itself and TransferWise – that are chasing to capture the global remittance market that the World Bank estimated was worth US$610bil (RM2.6 trillion) in 2016.

3 Reasons Your Boss Is Constantly Disagreeing With You